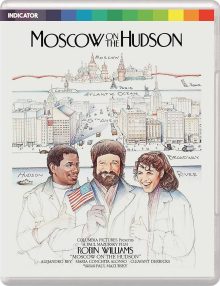 It’s strange how once acclaimed directors often get lost in the shuffle as time passes and attitudes change. Paul Mazursky, whose films were frequent Oscar and Golden Globe contenders during the 70s and 80s, is one such director. Despite a catalogue littered with interesting, often great films, Mazursky is rarely spoken about these days and when people have seen one of his films, it tends to be the brash, goofy Down and Out in Beverly Hills, an enjoyable comedy but hardly the best Mazursky’s filmography has to offer. So why did Mazursky’s name drop out of the pantheon of big-hitters? Perhaps some viewers find his films too tied to their era (endearingly so in his wonderful debut Bob and Carol and Ted and Alice, and disturbingly so in the emotionally brutal and woefully dated Blume in Love) or in some cases at odds with what they expect of films from their respective eras (fans of the hip, youth-focused New Hollywood films of the 70s might be somewhat baffled by Mazursky’s sentimental meditation on ageing, Harry and Tonto). Or perhaps the critically reviled films Mazursky made in the 90s were enough to erase from fickle memories all the good work he’d done before. Whatever the case, it is surely time for his largely overlooked catalogue to be reappraised and Indicator’s new limited edition Blu-ray of his 1984 film Moscow on the Hudson will hopefully facilitate this overdue reassessment.

The story of Vladimir Ivanoff, a Russian circus performer who impulsively decides to defect while his troupe are performing in New York, Moscow on the Hudson provided an early opportunity for Robin Williams to demonstrate his dramatic chops as an actor. Prior to becoming a Mazursky convert, I remember seeing an old VHS cover of Moscow on the Hudson and assuming it was a broad farce in which Williams would do a funny-accented-foreigner routine and as such I avoided the film for years. More fool me, for not only is this one of Mazursky’s finest films but it also features one of Williams’s finest performances. Williams showed his dedication by taking a crash course in the Russian language, which gives the early scenes set in Moscow a great sense of authenticity. This isn’t the sort of film where characters speak English for our convenience. A good chunk of the first act is subtitled, as befits a film that focuses on the richness of diversity, and once the action shifts to America the cast is refreshingly multinational and multiracial, a sign that Mazursky is examining his subject matter from the right angle. These days we might well question the casting of an American comedian in the role of a Russian immigrant but few would argue with the terrific job Williams does of making Vladimir a well-rounded, believable human being. He even learned to play the saxophone for the part. 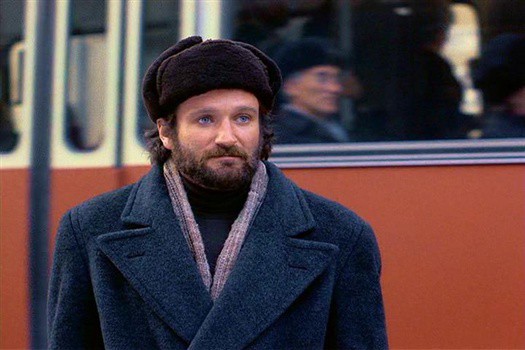 Moscow on the Hudson is at least partially a comedy but those coming to the film expecting a laugh riot will be disappointed. At his best, Mazursky is a writer/director of great insight and his strongest films tend to weave a strand of humour through an essentially dramatic storyline. Moscow on the Hudson is one of the finest examples of this approach, allowing moments of levity to punctuate Vladimir’s struggle to find his feet in America but deploying one exceptional extended comedic set-piece at a crucial moment. This set-piece, which sees Vladimir suddenly deciding to defect while on a shopping trip in Bloomingdales, escalates with the deft wit of good farce but always keeps one foot in reality, allowing for the stakes to remain real. As Vladimir’s defection quickly becomes a media sensation, the film reaches an enthralling peak before we accompany Vladimir on his slow slide into reality. For some, this may seem like the moment Moscow on the Hudson loses momentum but it is actually the moment it makes all the right choices to set it on the way to becoming a great film. It would’ve been easy for Mazursky to keep things at this comedic level, serving up one quirky encounter after another, but this would’ve been a disservice to his subject matter. Instead, we meet a whole host of different faces from different places as Vladimir realises the enormity of his decision. 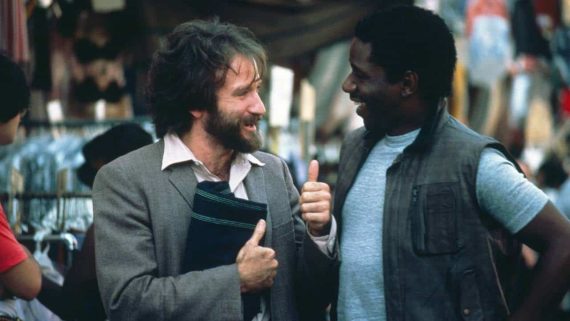 For those new to Mazursky, Moscow on the Hudson could be a difficult film to get a handle on. Its rich blend of character comedy, social commentary and slice-of-life realism might seem indecisive rather than deliberate but, as is often the case with films that really stay with you, the vision comes together once the story reaches its climax. One of the greatest attributes of Mazursky’s best work is the genuine warmth with which he imbues his stories and in this respect one of Moscow on the Hudson’s smartest moves is opening with a short prologue in which we see an already integrated Vladimir helping out another immigrant, an act which triggers the reminiscences that form the basis of the film. By kicking off with this sweet flash-forward, Mazursky ensures that we don’t spend the subsequent film waiting in dread for something to go wrong. We know things will work out for Vladimir, and safe in this knowledge we can better enjoy the ups and downs he experiences. 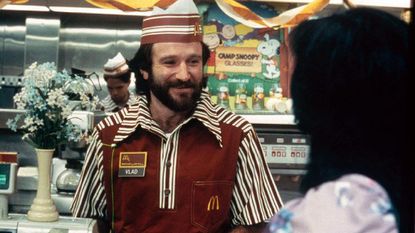 While perhaps not the ideal starting point for those new to Mazursky’s work (I’d advise starting with the marvellously nostalgic Next Stop, Greenwich Village before proceeding to the superb Best Picture Oscar-nominated An Unmarried Woman, a film which is self-conciously referenced in Moscow on the Hudson in one of the few clunky moments), Moscow on the Hudson will hopefully serve as a film that confirms suspicions that Mazursky is a better filmmaker than his baffling disappearance from view would suggest. With its wonderful, immersive approach to storytelling and inviting sense of warmth, it’s a film to go back and enjoy again and again.

Moscow on the Hudson is released on limited edition Blu-ray by Indicator on 25 May 2020. Special features are as follows:

– 4K restoration
– Audio commentary with director Paul Mazursky (2001)
– The Guardian Interview with Paul Mazursky (1984): the filmmaker in conversation at London’s National Film Theatre
– Maria Conchita Alonso on Moscow on the Hudson (2020): new interview with the actor
– Image gallery: on-set and promotional photography
– Original theatrical trailer
– New and improved English subtitles for the deaf and hard-of-hearing
– Limited edition exclusive booklet with a new essay by Monica Castillo, a contemporary account of the making of the film, Paul Mazursky’s research visit to Moscow, an overview of contemporary critical responses, and film credits