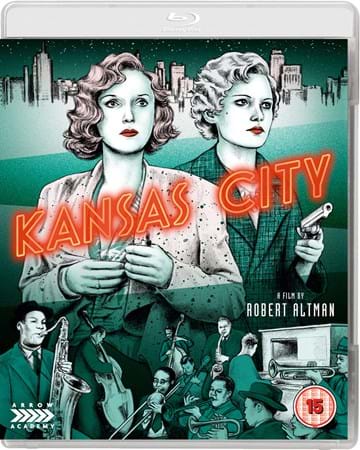 An ensemble each seemingly doing their own thing while also combining to make a cohesive whole – it’s a wonder that Robert Altman and jazz hadn’t crossed paths before.

Kansas City arrived just after his 90s hot streak of The Player and Short Cuts came to a blistering halt with Prêt-à-Porter, and a good few years before his exceptional Gosford Park. And while it’s understandable for it to be overshadowed by these late-Altman gems (let alone his collection of 70s masterpieces MASH, McCabe & Mrs Miller, The Long Goodbye, Nashville) “minor” Altman is still pretty great cinema.

Set in prohibition-era Kansas City, where Altman was born in 1925, he described the film as being like a live piece of music, “a jazz memory”, where two women wander off on various tangents, “like a jazz riff”.

It was an era that Altman, like Hollywood with its gangster flicks, had previously romanticised. Kansas City during the Great Depression was seen as an oasis of opportunity, where people flocked in search of jobs.

But, of course, this is Robert Altman. Kansas City is no love letter to his childhood, hometown, gangster films or anything else, except maybe jazz. 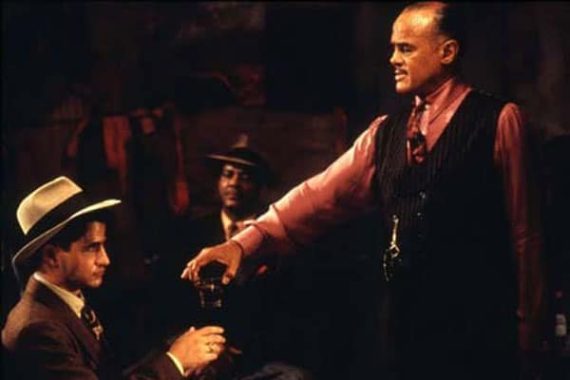 This is a time of great violence, where politicians and the mob worked hand in hand to run cities, and segregation was rampant. And wherever there’s a hint of opportunity, of the “American Dream”, there’s opportunity for those who seek to exploit people. There’s greed and corruption from top to bottom.

Blondie O’Hara (Jennifer Jason Leigh) and Johnny (Dermot Mulroney) are a low-level kind of ‘Bonnie and Clyde by way of a Coen Brothers movie’ couple.

She lives in a world of movies and dreams. Wanting to be like starlets Jean Harlow, or Joan Crawford, both of whom were born in Kansas City, just like her.

So when Johnny gets himself captured by local mob boss (Harry Belafonte) after a stickup gone wrong, Blondie launches her own hair-brained scheme straight out of the movies, to try to save her man.

Kidnapping Carolyn Stilton (Miranda Richardson), the wife of a prominent local politician, her plan is to get him to use his power in the city to free Johnny in exchange for his wife’s release. 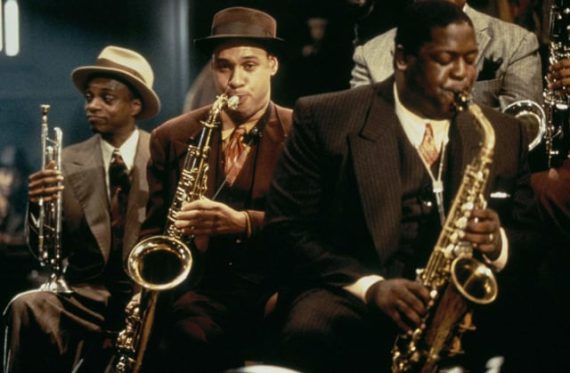 *Mild spoilers from here on*

In Cormac McCarthy’s stellar Border Trilogy, the disconnects between American myths and reality are violently and repeatedly laid bare. Summed up as “Between the wish and the thing, the world lies waiting”.

The same is true in Altman’s gangster deconstruction. Power and money are violently seized, and violently protected. Men are killed without hesitation, and official positions are paid for.

When Mrs Stilton witnesses out-of-work out-of-towners being shipped in and paid to vote Democrat, and vote many times, in the impending elections, she surprisingly asks; “Democrats do that?” To which Blondie replies: “Democrats? They’re whatever they’re paid to be. This is America, lady.” 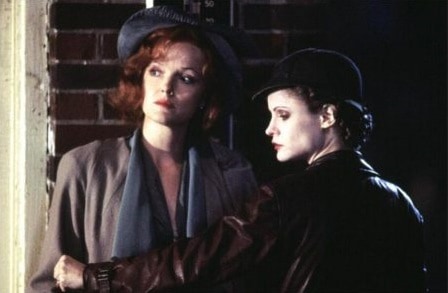 In an old feelgood flick with two charming leads, Blondie’s scheme might just work. Bad guys would be punished, our down-on-their-luck heroes would come good, and all would be well. But this is America. This is Altman’s America. Those with power and money come away unscathed, and get to carry on accruing power and money.

As the credits fade, the only thing that endures is the sound of jazz, played by some of the greatest musicians in the world at the time. This uniquely American art is the only part of this world worth saving.