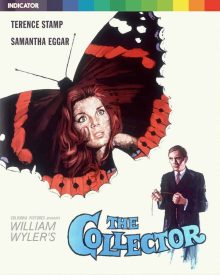 William Wyler was one of Hollywood’s biggest heavyweights back in his day, with an impressive record as being the most Oscar nominated director of all time (with 12 nominations). He’s rarely listed as one of the greats these days though, despite his success. This is partly down to the emergence of the ‘auteur theory’ preferring filmmakers with a distinctive style or recurring themes, as well as those who wrote their own material. Wyler had next to no writing credits to his name and preferred to work on a wide range of different films. So the writers of Cahiers du Cinéma and other proponents of the auteur theory (which is still prevalent today) shunned the director. This seems unfair, as surely it takes a great filmmaker to be as successful as Wyler was in so many genres. Perhaps another reason why highbrow critics were less excited about his work though is that, particularly in the late 40s and throughout 50s, his work was very audience and Academy friendly.

I know Wyler best as the director of Ben Hur, so I’ve always seen him as a director of big grand Hollywood epics. So, coming across The Collector, which he made only six years after Ben Hur, was a big surprise for me. Although Wyler dabbled in a variety of different styles of films, a small, two-hander horror like The Collector still seemed miles away from the lengthy star-studded blockbusters (Ben Hur and The Big Country), romantic comedies (Roman Holiday) and melodramas (The Best Years of Our Lives and Wuthering Heights) he’s most famous for. I guess Wyler took the film on to escape the hell of making epics life Ben Hur (it was only his second film after that). Although it was a change of pace for the director, it still won him acclaim, with yet another Oscar nomination for Best Director and success at the Cannes Film Festival, where it was up for the Palm d’Or and its stars Terence Stamp and Samantha Eggar took home best actor and actress awards.

The Collector is not as well known as some of Wyler’s bigger films these days, but Powerhouse have deemed it worthy of inclusion into their superb Indicator label. I got hold of a copy to see for myself if Wyler could pull of an effective horror movie. 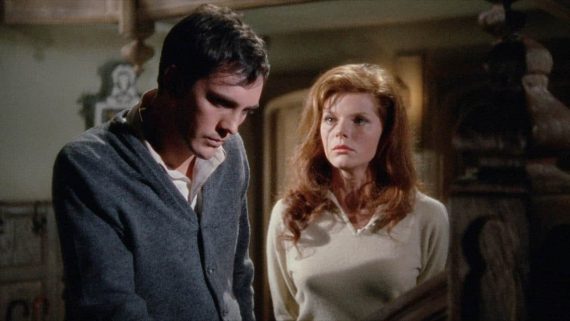 The Collector is based on the highly regarded debut novel by John Fowles (who went on to great success in the years that followed this, writing novels such as ‘The Magus’ and ‘The French Lieutenant’s Woman’). It follows Freddie Clegg (Terence Stamp), a reclusive former bank clerk who won big in ‘the pools’ and spent much of his winnings on a mansion hidden in the country. This wasn’t just to have a comfortable bit of peace and quiet though. He had a twisted plan, which he follows through, to kidnap and hold prisoner Miranda Grey (Samantha Eggar), a woman he’s obsessed over for years since seeing her on the bus each morning back in his bank-clerk days. His deluded idea is that if he keeps her in his cellar and is very nice to her, she’ll get to know him and fall in love with him. Miranda of course is never going to fall for this psychopath, but does her best to keep from harm and attempts to escape at every opportunity.

Imprisonment stories like this are common in horrors and thrillers these days, but I’m hard pressed to think of an earlier film than this to tackle the subject, so the film seems quite ahead of its time. Although it spawned imitators, it does feel different from a lot of similar films which have followed though. For one, it forgoes showing much violence, sexual or otherwise, against its imprisoned character. Freddie is sick and what he is doing to Miranda is obviously wrong, but in his mind he is trying to woo her, so acts very kindly to her on the surface, making a point of telling her whenever he doesn’t take advantage of her in situations when he could. This approach is no less disturbing than putting a character through physical pain though. The fact that Freddie doesn’t seem to think he’s doing anything wrong makes him frighteningly unhinged and there are more than a few hints that he is capable of violence if he’s rubbed the wrong way.

Aiding the effectiveness of this sense of unease is a superb lead performance by Stamp. He does a lot with his body language to portray Freddie as an awkward, shy person, uncomfortable in his own skin. This, alongside a brief (and probably unnecessary) flashback to being bullied at work, add depth to a character who could have been a clear cut monster in the wrong hands. Eggar also does a good job as Freddie’s victim. She has an inner strength and her eyes show an intelligence in her constant attempts to outfox her captor, as well as a desperate fear that she might never be free. 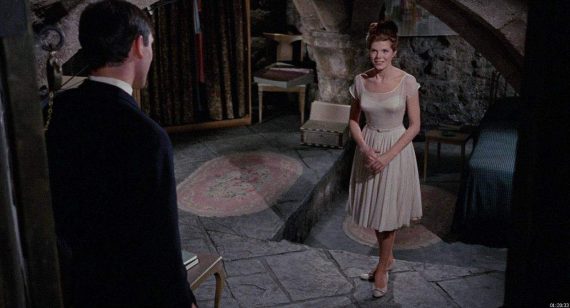 Wyler directs this intimate scenario very effectively too. Although not particularly stylish or filled with elaborate set pieces, he has a great skill at wringing tension from a scene. A central sequence where a visitor randomly appears whilst Miranda is taking a bath in a rare moment of being allowed in the main house, is particularly exciting. There are some disturbing scenes of a sexual nature too where we never get the violent act of rape we’d see in a film like this these days, but in getting dangerously close to one and seeing Freddie’s intensions in his eyes, it’s equally as horrific.

Although forward thinking, The Collector does have more than a hint of Psycho to its lead character and some other aspects of the film, so could be seen as a bit of a cash in. It does play less on the shock value though and more on the pure psychological interplay between captor and victim, so is its own beast for the most part. Occasionally things are spelt out a little too bluntly in the dialogue. I could have done without the line “and now you’ve collected me haven’t you” for instance, which is too on the nose for my liking. It’s largely an intelligent script though, delving into class differences as well as the surface comparison mentioned earlier.

Overall, it’s an unusual, rather British (despite its American director) twist on the kidnapping/prisoner film. Devoid of exploitative violence or torture, it instead lets its antagonist creep under your skin through his chilling ignorance of any wrong doing in his actions. As such, it’s a compelling yet still quietly frightening character study, rather than a torture porn thriller. It’s a little bluntly written at times and cinematically less revolutionary than some other important horror films of the era, but two strong lead performances and an intriguing character dynamic make for a successful curiosity that’s well worth collecting (sorry, couldn’t resist!) 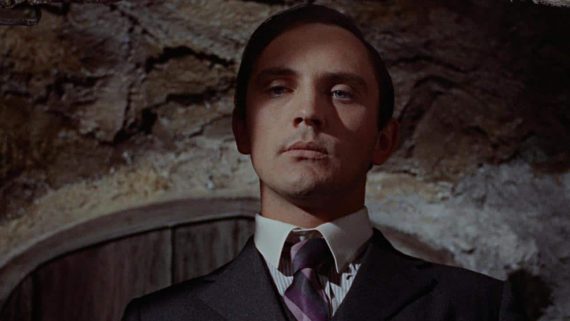 The Collector is released on 24th September by Powerhouse Films on Blu-Ray as part of their Indicator label in the UK. The picture and audio quality are both first rate.

- 2K restoration
– Original mono audio
– The Guardian Interview with William Wyler (1981, 83 mins): archival audio recording of the celebrated filmmaker in conversation with Adrian Turner at London’s National Film Theatre
– The Guardian Interview with Terence Stamp (1989, 92 mins): archival audio recording of the award-winning actor in conversation with Tony Sloman at the National Film Theatre
– Selected scenes commentary with author and film historian Neil Sinyard
– Angel to Devil (2018, 13 mins): new and exclusive interview in which Terence Stamp remembers working with Wyler
– Nothing But Death (2018, 16 mins): Award-winning actor Samantha Eggar recalls her work on the film in this new and exclusive interview
– The Look of Stardom (1965, 3 mins): promotional film about the casting of Samantha Eggar
– The Location Collector (2018, 8 mins): identifying the places where The Collector’s exteriors were filmed
– Richard Combs on ‘The Collector’ (2018, 9 mins): a new appreciation by the renowned critic, lecturer and broadcaster
– Original theatrical trailer
– Original teaser trailers
– Image gallery: promotional photography and publicity material
– New and improved English subtitles for the deaf and hard-of-hearing
– Limited edition exclusive 40-page booklet with a new essay by Carmen Gray, John Fowles and The Collector, a look at the making of the film, contemporary critical responses, and film credits
– UK premiere on Blu-ray
– Limited Edition of 3,000 copies

It’s a fine collection of material. The two Guardian interviews are particularly good. The Wyler one has no mention of The Collector so to speak, but his career is such a long and interesting one that it’s fascinating nonetheless. Sinyard’s commentary is solid, although there’s lots of dead air due to it being a ‘selected  scenes’ track (I rip the tracks onto my computer to listen though, so it may be a different, more fluid experience when you watch it properly on the Blu-Ray). The other interviews are great too. There’s not a stone left unturned in this fine set. Fans of the film need to get their hands on it.