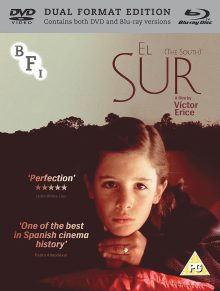 I can remember seeing Víctor Erice’s The Spirit of the Beehive crop up in a couple of ‘greatest films of all time’ lists back when I was first getting into films, so it was something I’ve long wanted to see. It never appeared on TV though and although it was released on DVD it was always very expensive so I never got around to buying it. The disc has since gone out of print so has become even more expensive and difficult to find. My desire to see the film hasn’t diminished and it’s remained high on my wish list, but no one seems to want to pick it up. Some sort of consolation has appeared though now as the BFI have decided to re-release Erice’s follow up, El Sur, on dual format Blu-Ray and DVD in the UK and offered me a screener to review. I must admit I hadn’t heard of it before receiving the press release, but I felt it was as close to watching Beehive as I could get without forking out a small fortune, so figured I’d give it a shot.

El Sur has the voice of Estrella (María Massip) tell us the story of her childhood, in particular her relationship with her father Agustín (Omero Antonutti) who disappeared from her life when she was 15. We spend most of the film in the late 1950’s when Estrella is 8 though (and played by Sonsoles Aranguren). At this time she adores her father. He’s an unusual man who practises divination, but, having grown up with this strange behaviour all her life, Estrella sees him as completely normal. As the flashbacks move forward we see Agustín grow more distant and haunted by the love of a former partner, but Estrella doesn’t understand what’s happening to him or how much he needs help. Only when she becomes a teenager (and played by Icíar Bollaín) does she seem to guess what went wrong and realise that even though he showed great love to her, he was never open or honest, so she never got to actually know him as a person or help him with his problems, to create a true bond between them. 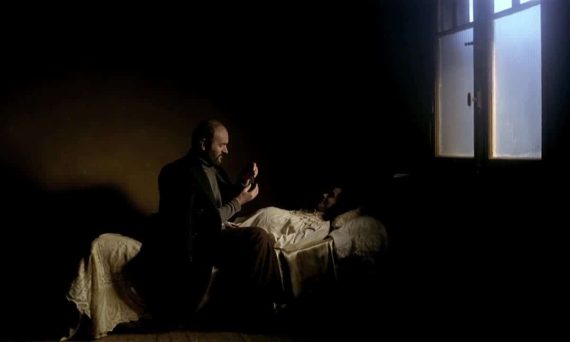 Like Cria Cuervos, another great Spanish film I saw a few years ago (and reviewed here), it takes a child’s-eye-view of a difficult adult world. From what I gather, The Spirit of the Beehive does a similar thing so Erice clearly has a fascination with this viewpoint and also has a great talent for it as the film is exceptionally well made. It plays with the concept of memory & imagination too. The structure of the early scenes in particular seems a little fractured and disparate as Estrella’s memories of her father are recalled. We see scenes where she is not present too, but the voiceover suggests these are how she imagined they played out, which adds an interesting extra dimension and helps account for the poetic, dreamlike quality the film possesses.

The most strikingly accomplished technical aspect of the film is its cinematography. From the slow sunrise gradually lighting the first scene through a window, it’s clear you’re in for a visual treat. Low key but natural-looking light warms the frames as in a Rembrandt painting. It’s an utterly gorgeous piece of true artistry from start to finish. There’s a quiet, melancholic style and visual poetry to the film, telling its story softly through simple (or uncluttered might be a better word), incredibly beautiful images, which are largely static in terms of camera movement but full of depth. 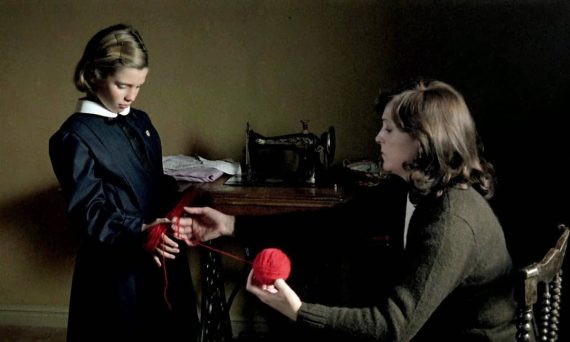 There are some beautiful dissolves marking the passage of time too. One in particular stands out where Estrella cycles down a long path sided with trees and the shot stays static, but dissolves to show a different season, the tree barks now painted and Estrella rides down, now notably older.

It’s seemingly simple touches like these that add up to create an incredibly beautiful, quietly poignant drama shown through the eyes of a child and later a teenager as she begins her first steps into adulthood. It’s a haunting and poetic look at a father daughter relationship that’s mesmerisingly well made yet understated throughout. It’s a real gem and makes me even more desperate to see Spirit of the Beehive. I hope the BFI choose to polish that up too and the sooner the better!

El Sur is out on 23rd January on Blu-Ray & DVD in the UK, released by the BFI. I saw the Blu-Ray version and the film looks and sounds great.

The Haunted Memory essay is poetically presented in terms of voiceover and imagery so feels a little pretentious at first, but fits with the style of Erice’s filmmaking whilst nicely demonstrating its strengths. The interview delves quiet deeply into Erice’s life and career due to its length although I didn’t find it as engaging as I’d have hoped and it doesn’t focus on El Sur a great deal.