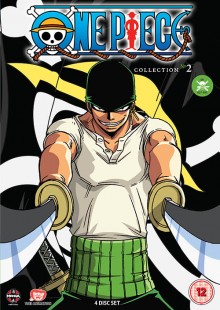 One Piece: Collection 1 ended rather abruptly right at the climax of a giant battle so I was desperate to carry on with the next set. Luckily I didn’t have long to wait with Collection 2 arriving at my door soon after. The collections aren’t actually entire series (which explains the names and abrupt finale), so this set is actually the last third or so of series 1 and the start of 2. This meant that straight away I was back into the series where it left off without interruption.

I won’t do an overview of the main One Piece narrative, as you can check that out in my previous review, but I’ll give you an idea of what this set covers. It begins with the continuation of the chef battle and the predictable result of Sanji joining the crew. From then on there are no more additions to the crew, so instead the collection focuses on their quest to find the titular One Piece and for them all to fulfil their dreams. Of course, the programme has run for 15 series in Japan (and is still going) so don’t expect them to achieve any of this anytime soon Instead we get some more big boss battles, Nami’s backstory, the return of a memorable bad guy and the introduction of several more villains for future series. The Navy start to play a bigger part too as a price is put on Luffy’s head.

So it’s more of the same really, which isn’t a bad thing, but I must say it took me a while to get into this collection. The first half of the set is mainly just the end of the Sanji chef battle and Nami’s back story. Whilst these have very strong aspects, with Nami’s backstory in particular having some interesting revelations and devious red herrings, they feel far too drawn out. The melodramatic side of things get overblown and fights go on for several episodes as too much time is wasted on side characters describing the moves being made and over-explaining the implications and repercussions which are pretty damn obvious. It actually takes quite a long time before anyone really fights in the Nami story too, which seemed a welcome change at first, but after a few episodes I just wanted them to get on with it. 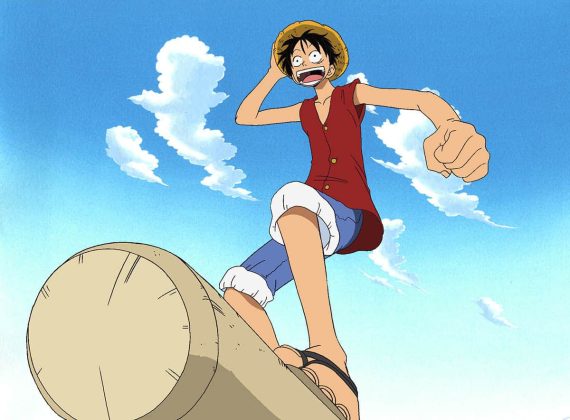 Once the boys finally get back in action at the end of the Nami story, it really kicks into gear though. In my notes I actually wrote the phrase “boom! One Piece is back in the game” at this point. It’s probably not something I’d normally admit to as it sounds like an online forum comment from American teenager, but it describes my elation at the crew finally kicking some arse and the series moving on after a long delay. In the showdown, you get some clever use of Luffy’s rubber-powers, a couple of quite touching moments and a truly evil bad guy in the fish-pirate Arlong.

After the Nami story, some more varied and quirky episodes appear too. Buggy the pirate gets his own great little episode which actually heralds a nice little sideline to the main adventures of Luffy & co. Towards the end of the set the crew land in Logue Town, the place of Gold Roger’s birth and execution. Luffy of course is tremendously excited and doesn’t realise that a storm is brewing (metaphorically and literally by the last episode or two). His enemies are gaining on him and he’s caught the eye of the Navy’s powerful Captain Smoker, who has devil-fruit powers like Luffy which aren’t revealed until the end of the collection.

Although I had some qualms with the pacing this time around, Collection 2 retains the other aspects I loved about the first set. There are still a host of crazy characters with ridiculous skills, like the woman whose skin is so super-smooth that all attacks just slide off her. The lead characters are as likeable as ever too, with Luffy’s obliviously happy outlook remaining infectious throughout and plenty of comic relief coming from Usopp’s cowardice and Sanji’s love for the ladies.

Without such a clearly moving overall narrative, One Piece isn’t as compulsive viewing as say a series like Game of Thrones, but through this second set of episodes it remains a lot of fun and the ultra-dramatic rain soaked finale made me still eager to see what happens next.

One Piece: Collection 2 is out now in the UK on DVD and Blu-Ray, released by Manga. Collection 3 is already out too and 4 is due to follow in November. Picture and audio quality is strong, I never noticed any problems. You can skip intros and outros easily which is handy for shows like this when you want to watch a few in a row. Extra features-wise you get a couple of staff commentaries, textless versions of the opening and closing songs and trailers.