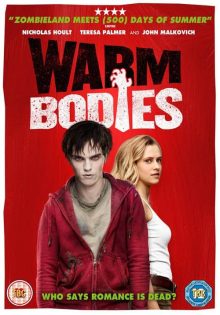 It really is amazing what love can do, as is the case in this girl-meets-zombie RomZomCom.

Zombies they are everywhere. Yes they are. How many zombie films have you seen over the last few years? And if like me you play games too, there are even more of those than you can shake a very sharp stick at.

Having agreed to watch Warm Bodies my interest was less warm than a zombie that’s got stuck in one of those walk in freezers. I wasn’t thinking ‘how bad can it be?’ more like ‘it will be bad.’ Full stop, period, end of…

So colour me surprised that I actually liked the film. I won’t go into too much detail, it’s actually worth watching and so I won’t spoil it for you. The story starts with a zombie having a bit of an internal monologue. Now I must say at this point I was yet to be convinced that this wouldn’t be the biggest turkey this side of Christmas. I persevered, and if you have the same feelings I’d say go with it.

R (Nicholas Hoult), yes that’s what he’s called, is a zombie who likes to kill and eat people in the same way as any of your other neighbourhood walking dead do, but he has an eye for pretty girls. There’s obviously some testosterone left in zombies after all then. 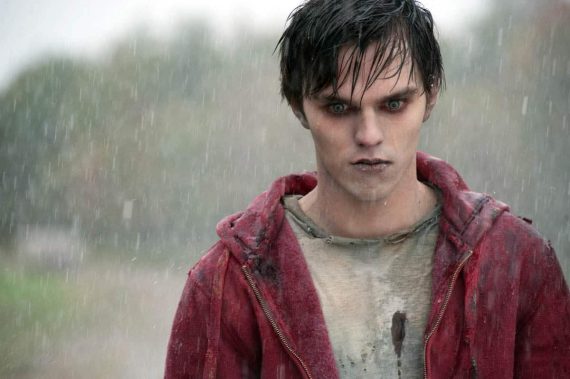 Julie (Teresa Palmer) is part of the remaining uninfected population and also part of a group that goes out in search of supplies in the area where there are infected zombies, like R, but also the more dangerous bonies. These latter things, that are basically skeletons, prey on human and zombies alike and are quite well done, although I have seen better CGI I must say.

In addition to R and Julie is Grigio (John Malkovich) who in as well as being Julie’s dad is also the leader of the humans. I’d say that the casting of Malkovich unbalances the film as he is just too much, well, John Malkovich. A subtler actor would have been better in my opinion. Warm Bodies is a soft and delicate film and then Malkovich comes on screen and it’s too much, he’s too much. I know he is supposed to be an unflinching leader and father, but it just doesn’t work. This is a shame because Hoult and Palmer put in some much more subtle performances and they both clearly have strong futures in front of them.

So despite this no doubt falling into the category of yet another zombie film, it is actually a zombie film with a difference and my personal favourite since the excellent Zombieland.