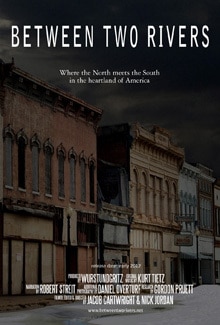 Heading to festivals and hopefully distribution in 2012, Between Two Rivers is an independently produced documentary from first time feature documentary makers Jacob Cartwright & Nick Jordan. I was lucky enough to be sent an early screener of the film to help get its name out there.

The film charts the tumultuous history of the town of Cairo, Illinois, which is importantly based at the confluence of the Ohio and Mississippi rivers. It’s a town that thrived in its early days for this reason but is now practically a ghost town, it’s once crowded high street now reduced to deserted and derelict shells of the shops that once took advantage of the vast amounts of trade running through on the rivers. On top of all this, the area stood on the precipice of total destruction as the record breaking floods of spring 2011 threatened to wipe out Cairo forever. Between Two Rivers uses the looming shadow of this and the controversial plan to solve the problem by diverting the water to local farmland as a framing device for an investigation into what exactly went wrong in the town. As the film-makers look into this they uncover a town poisoning itself largely through racism. Technically set in the north of America, but founded by rich southern whites, there was a deep seated bed of racism in Cairo for years and it became home to some of the most infamous scenes of violence and arson during the civil rights movement. As the film unfolds, we look at the causes and repercussions of this history of hatred in the town. 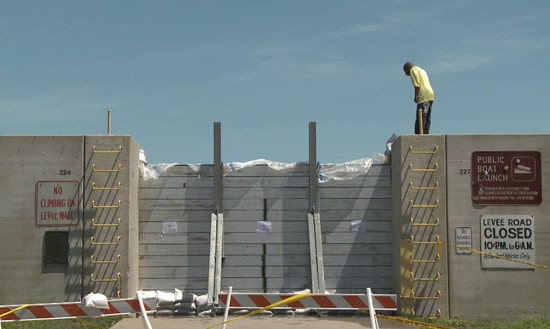 With a fairly sombre tone and ambling pace, the film isn’t an aggressive expose of Cairo’s problems, but more of a haunting series of snapshots of a town at war with itself. The two directors sensibly keep themselves out of the picture and let the remaining townspeople and an extensive amount of archive material tell the story. In doing this the film retains a poignancy despite its potentially harsh and bitter subject matter and also contains feint glimmers of hope in the love residents still have for the town.

In keeping things steadily free-flowing and by jumping back and forth chronologically, the film does occasionally feel vaguely unstructured and my attention waned from time to time, but the strength of the content would always draw me back in. The interviews are key to this. Cartwright and Jordan manage to elicit truly open and heartfelt accounts from their interviewees and these are generally interesting characters yet never feel to have been exploited. The subject at hand is the focus and we never stray to poke fun or fingers at anyone in particular (although there is some negativity aimed towards a local reverend). 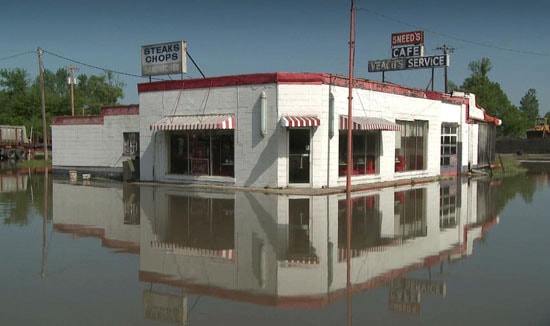 On a technical and aesthetic level the documentary succeeds admirably too. Shot in the budget friendly HDV format the film still manages to look great. The core visuals of the film that show the desolation of the town’s buildings and threat of the floodwaters are beautifully composed, adding to the haunting poignancy mentioned previously. The music is tastefully done too, mixing a respectfully subtle score with period pieces written in and about Cairo. It looks and sounds great for a truly independent film with no financial backing and minimal crew (Cartwright and Jordan shot and edited most of the film as well as directed and produced it).

On the whole it’s not an obvious attention grabber. There’s no strong narrative drive or headline grabbing sensationalism, but it remains a compelling watch that I would easily recommend due to its even handed approach, strong presentation and open, heartfelt interviews. It’s a fascinating dissection of what can go wrong in a town stubbornly locked in racial segregation and hatred.

If you’d like to find out more about the film and keep up to date with any festival screenings or distribution opportunities, you can visit the film’s website at betweentworivers.net