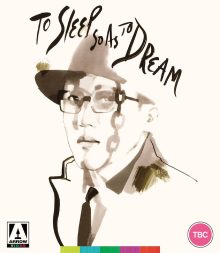 Whilst Japanese cinema has been well-loved by Western cineasts since the early 50s, when Rashomon became the first of the nation’s films to find success outside of Asia, there are some eras that are somewhat less well-regarded or at least remembered. The 50s were full of classics and the ensuing new wave of the 60s then the genre movie boom of the 70s provided ample favourites. Critics and film buffs that enjoyed the work of Ozu, Kurosawa and Mizoguchi in the 50s went back and sought out their earlier work too which, in the case of Ozu and Mizoguchi, dated back to the silent era. The ‘extreme Asia’ boom of the 90s and early 2000s is another popular period. However, a decade less fondly remembered in Japanese cinema is the 80s.

Plenty of Japanese films in the 80s found success at festivals at the time but, for whatever reason, many of them have become forgotten over the years, whereas those from previous and future eras seem to have been much talked about and enjoyed numerous re-releases on DVD and Blu-ray etc. Looking to address the balance is Arrow Video. They released the rather wonderful Sailor Suit and Machine Gun back in November (my review can be found here: https://blueprintreview.co.uk/2021/11/sailor-suit-and-machine-gun-arrow/) and now they’re setting their sights on Kaizô Hayashi’s To Sleep So as to Dream.

The film is near silent, with a few sound effects here and there and snippets of dialogue coming from recordings or benshi performances (a benshi was a person that narrated silent films for the audience) as well as periodic music cues. It follows private detective Uotsuka (Shirô Sano) and his assistant Kobayashi (Koji Otake) as they take on a case given to them by the mysterious Madame Cherryblossom (veteran actress Fujiko Fukamizu) via her personal assistant Matsunosuke (another veteran, Yoshio Yoshida).

The detectives are told Cherryblossom’s daughter, Bellflower (Moe Kamura), has been kidnapped and they must solve several cryptic clues in order to get her back. This leads the young pair on a surreal journey where nothing is quite what it seems and everything appears to be connected to an old silent film that is missing an ending. 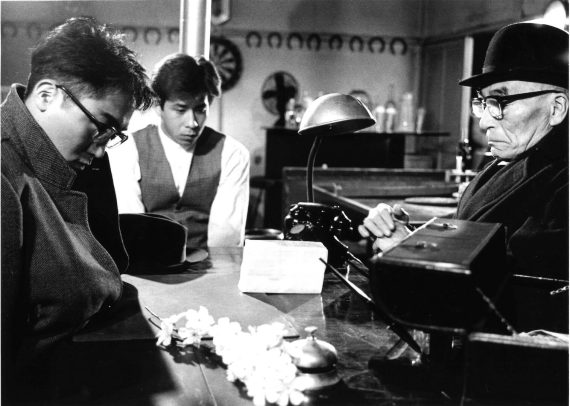 As if David Lynch directed The Artist, To Sleep… is a beautiful ode to the early years of cinema (complete with numerous in-jokes and references), yet one that has a strange dreamlike quality, playing with the idea of films being like dreams. The line between fantasy and reality is frequently blurred, particularly towards the end, and magic tricks and circus performances feature heavily too, reminding us of cinema’s near-magical quality in its early days as well as its place as sideshow entertainment.

The director Kaizô Hayashi was only 27 when it was made, but To Sleep… is a remarkably assured debut. He had little to no experience in making films prior to this and it was made on a shoestring budget, but Hayashi was involved with Tokyo’s underground theatre, which helped him get some very talented people involved.

Some of these luminaries merely made cameo appearances and some would become more famous in later years, but an important part of the crew that already had a name for himself was Takeo Kimura. He was the production designer/art director on a number of Seijun Suzuki’s films, including the great Tokyo Drifter, and does a wonderful job here too. Period details are beautifully realised and his art direction adds greatly to the atmosphere.

Also impressive is the high-contrast, shadowy black-and-white cinematography. DOP Yûichi Nagata had largely only shot ‘pink’ films prior to this but received great acclaim for his work on To Sleep… and ended up shooting most of Hayashi’s later films. I liked how he altered styles when shooting in Cherryblossom’s mansion here, using slow, fluid camera moves to provide a graceful, ghostlike sensation, whilst the detectives’ lives and work are largely shown through static frames, mirroring early silent films. 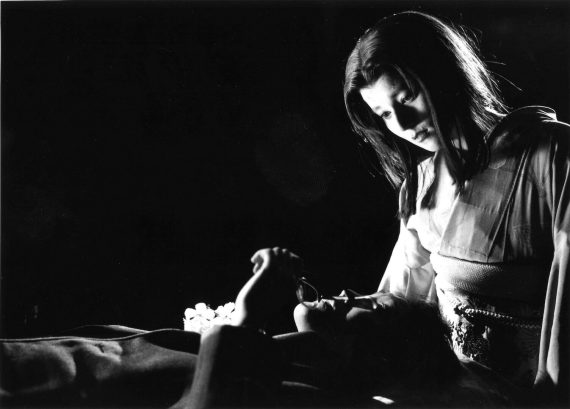 Hayashi must still get a lot of credit though, despite being surrounded by more experienced cast and crew members. His script and direction are tight, delivering a short and sweet film that breezes through its brief running time (even if, in his commentary, Hayashi claims the low budget forced him to keep things to a bare minimum).

His story also strikes a nice balance between simplicity and cryptic surrealism, never lurching too far in either direction to feel slight or confusing. It’s all tied together neatly in a head-spinning but satisfying finale too. I must admit, I guessed early on where the film’s puzzles might be heading (not helped by some mild spoilers in some of the film’s blurbs I’d read), but it’s still nicely delivered.

There’s plenty of humour in the film too, keeping things moving along and adding charm and warmth to the noir-like visual atmosphere. Some of the jokes, most notably the running egg gag, are a bit bizarre, but it all adds to the surreal style. The egg bit is alluding to the idea of a ‘hard-boiled’ detective but having it stretched throughout the film makes it rather strange.

All-in-all, To Sleep So as to Dream is a hypnotic homage to the strength and fragility of cinema. Imbued with humour and romance on top of its more unusual stylistic flourishes, it’s a pleasure to watch too. Let’s hope Arrow’s release gives the film a new lease of life and helps encourage labels to dig deeper into Japanese cinema from the 80s.

To Sleep So as to Dream is out on 21st March on Blu-ray, released by Arrow Video. The transfer looks gorgeous, with a great depth of contrast and sharp details. The mono audio is crisp and clear too, though be sure to switch off any auto 5.1 settings on your equipment, as I accidentally had it on and was getting no sound at all when I first tried to watch the film. 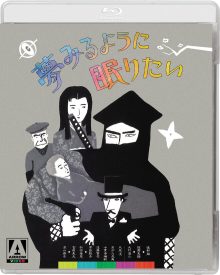 One of the commentaries is helmed by the Japanese cinema expert ‘dream team’ of Tom Mes and Jasper Sharp. Having worked together on establishing Midnight Eye back in the day, they have a strong rapport and provide a huge number of facts about the cast and crew of To Sleep…

The Hayashi and Sano commentary clearly shows how the film was born from a genuine love for cinema. They discuss how little experience they had back then and how they roped in lots of friends and such to make the most of the minimal budget. It’s an enjoyable track with the pair having fun whilst they reminisce.

The interview with Sano is engaging and informative too. There’s a little crossover with his commentary, but not a lot.

The Midori Sawato interview gives a fascinating history and background of the benshi in Japanese cinema. These are people who would provide live narration for silent films during screenings. Sawato is an enthusiastic speaker with lots to say in her 18-minute piece. She also appears in an extra feature where she does a short benshi performance of the film within a film of To Sleep… 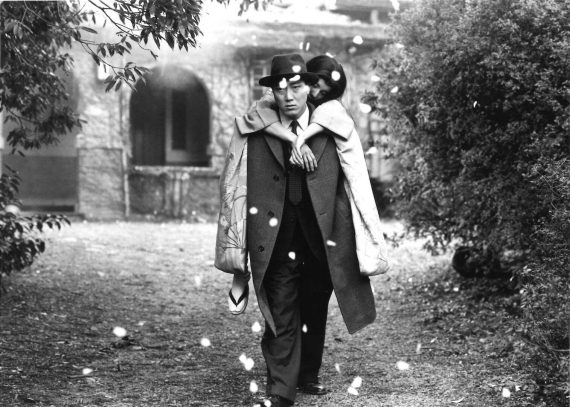 The restoration piece is only short but I appreciated being able to see the difference the work made to the print.

I loved seeing the clips from the old silent chanbara films too. It’s a shame they’re only short, as they look great. The sword fighting action is surprisingly well choreographed and shot for the era, particularly the second clip. I wish more of these were fully available.