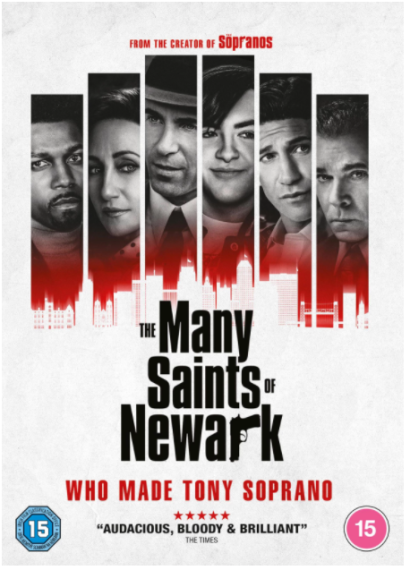 In retrospect, it should have always been obvious that The Many Saints of Newark couldn’t work. Film spin-offs from TV shows rarely do even in the simplest examples, but imagine trying to cram one entire season of The Sopranos into two hours. It was a show that would take its time to explore the many layers of its characters, not least the fascinating Tony Soprano. To try and tell a similar story without the luxury of time is folly and it’s telling that during the film, I found myself simply wanting to watch the original version instead.

The cast is fabulous and the story builds on well established Soprano lore from at least season four (which began with Tony telling Christopher Moltisanti that his father had been a mentor to him). In a strong opening sequence, Michael Imperioli narrates as Christopher while the photography is lush and wide. David Chase was annoyed that the film didn’t get a theatrical release and it’s easy to see why. The Many Saints of Newark feels distinctly cinematic, but it quickly falls apart. The show was such a standard-bearer for long-form television, and its quality endures 20 years on, that it is even more jarring to find the film that rides its reputation to be so routine, so unambitious. The legend of Chrissie’s dad, who had such a strong influence on the young Tony, warranted better treatment. 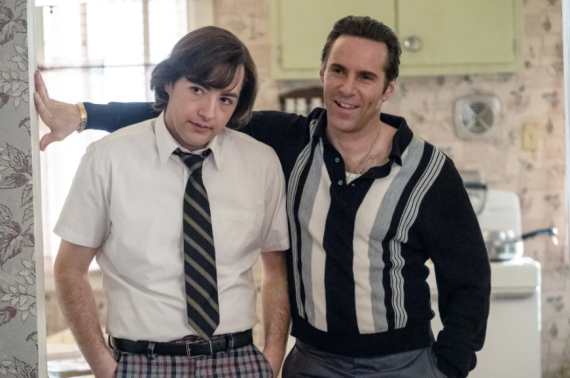 It isn’t all bad; the writing from scene-to-scene is concisely powerful and the cast is second-to-none. Michael Gandolfini is an obvious pull from the trailer and has inherited his father’s demeanour to powerful, distracting effect. His role is somewhat passive, so only time will tell how far he can go, but this is a phenomenal start. Michael’s inexperience might be betrayed if a prequel series is commissioned, but that’s a bridge worth trying to cross.

While the Soprano family are sidelined, fans will still be satisfied that the film is at least not without precedent and dovetails nicely with the fourth season. It’s fun too, spotting how well cast classic characters are, especially Vera Farmiga and Jon Bernthal as Livia and Johnny Soprano. Corey Stoll has more to do as Junior Soprano and Billy Magnussen is great as Paulie. Less said the better about John Magaro’s Silvio. Poor Stevie Van Zandt has been accused before of doing a comedy performance in the original show, which I don’t think is fair, but Magaro’s further parody is downright odd.

More eccentric decisions further exasperate the narrative, such as Ray Liotta being killed off only to return as his character’s incarcerated twin (whom Dickie visits for several times for advice, as a shoehorned reflection of Tony and Dr. Melfi). Alessandro Nivola is reliably good as Dickie, but the character is a mess. Perhaps supposed to be a reflection of the older Tony, but James Gandolfini had the benefit of years to develop his role. Instead, the narrative is left half-drawn and exhausted as it merely limps over the line with a spectacularly unsatisfying conclusion. 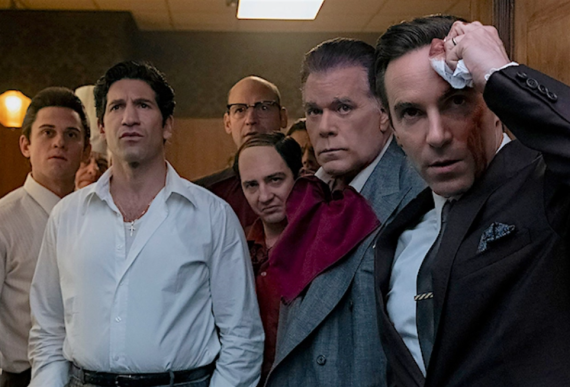 The story unfolds against the racial tension around the 1967 Newark riots and this is the most successful and interesting part of the film. Harold (Leslie Odom Jr.) has a dignified and simmering anger as he begins to carve out a reputation with, or in spite of, the Italian American stranglehold on his community. So it’s a shame to realise that his character and that whole thread could be removed with little effect on the remaining narrative. It would have made for a cleaner film, but on the contrary, The Many Saints of Newark could have focused fully on Odom Jr.’s arc and dropped most of the fan-service baggage. We could have been talking about a sharply scripted black Goodfellas that happens to be set near Tony Soprano’s gaffe. That would have been something extraordinary.

If the mooted Sopranos prequel series does get a nod, leading with Odom Jr.’s Harold could be as brilliantly audacious as the original show. 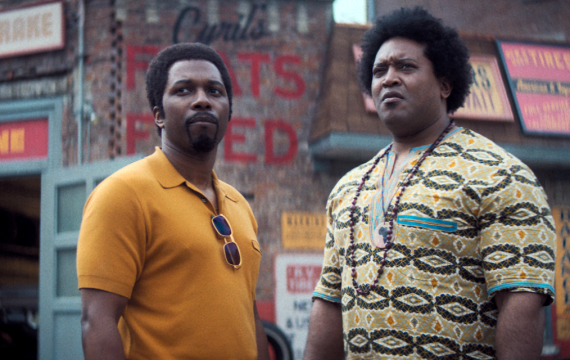