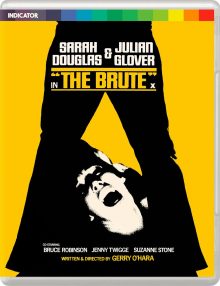 Diane (Douglas) is an attractive model married to Teddy (Glover), a privileged landowner with a short fuse and who’s prone to violent outbursts towards his wife. During the opening scene we see a drunken Teddy return home in the middle of the night, clamber up on to the marital bed and take his belt to his wife who manages to escape his frenzied attack and runs out to the woods surrounding their property, wearing just her flimsy night attire.

The film then introduces us to Diane’s co-workers – Mark (Robinson), a fashion photographer, and his sultry assistant/girlfriend, Carrie (Stone), who seems to turn a blind eye to Mark’s philandering because she still enjoys his company on her own terms. Carrie also later introduces Diane to another battered wife, Millie, who she knows well, and the two later help get Millie to a women’s shelter to protect both her and her child. 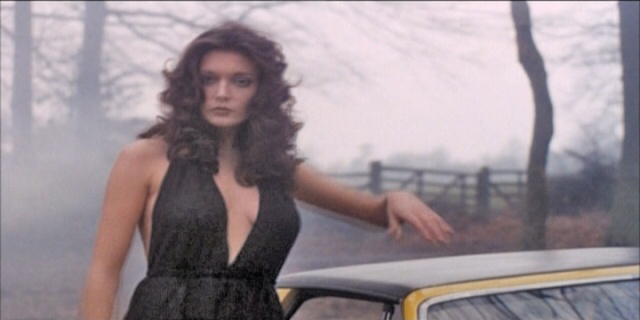 Diane ends up staying over with Mark and Carrie to avoid her abusive husband, but has to see him from time to time when both have to attend the private school that their boy, Jimmy, is dormed at. When things start getting a bit complicated with Mark, (he seduces her, firstly, in their spare bedroom and then another time in a barn, following an outdoor photo shoot), Diane returns to the family home to try and give her marriage one last go, but Teddy tries to brand her with a hot branding iron so she goes to the police who don’t seem to take the matter seriously since, by the time she returns with them to the house, Teddy has already hidden the iron and seems to convince them of his innocence.

Instead of finding aid and sympathy from the authorities Diane finds herself struggling even to be able to see her own son, and to get any sort of official protection from her scheming husband and his equally unpleasant mother. In the end, she has to prove herself to be the innocent party and provide evidence of Teddy’s abusive behaviour towards her; not an easy task… 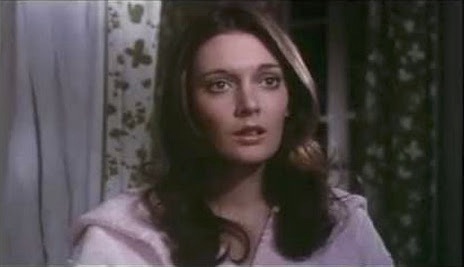 The Brute is an uncompromising exploitation film, which tackles the urgent and still, sadly, current issue of domestic violence. Sarah Douglas (Superman II) is fantastic in the central role, as is Julian Glover (For Your Eyes Only) playing her nasty hubby. Written and directed by British film and TV veteran Gerry O’Hara (The Bitch), The Brute has remained relatively unseen since the early days of VHS and now, finally returns in a worldwide Blu-ray premiere courtesy of the great Powerhouse label.

I initially saw this during a film festival back in the Noughties and thought it was a good film back then, but after having done some work with a domestic violence charity, I’m even more impressed with it now. Apart from a little bit of gratuitous nudity, I thought the subject matter was handled very well and believably, with writer/director O’ Hara creating plausible characters who are three dimensional. 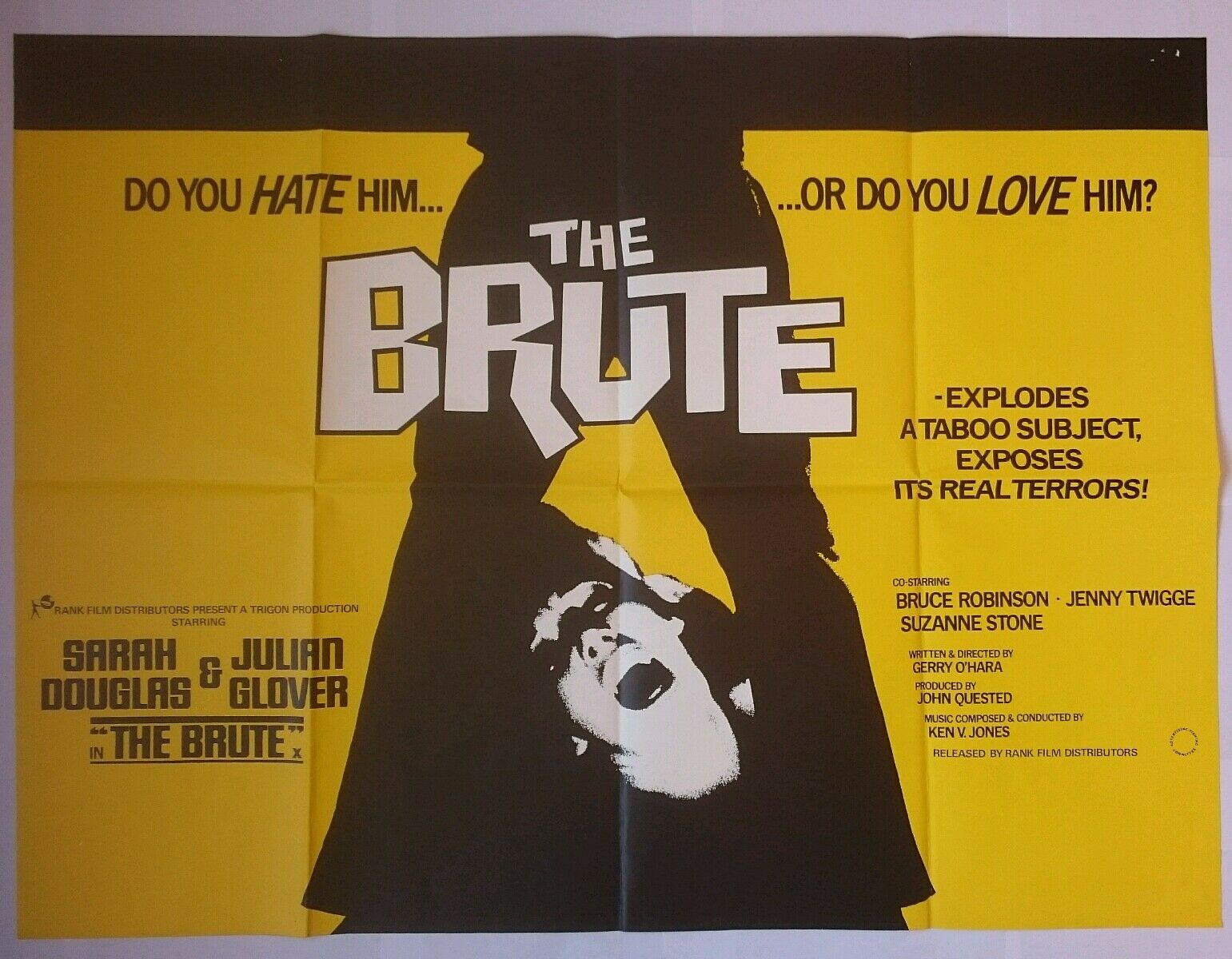 Unfortunately,  the film makes out nearly all the blokes to be letches, creeps or violent thugs so it’s not very balanced, but it at least tries to explain – especially via an interesting interview Diane has with her therapist – why ‘brutes’ are created and how they justify their behaviour. The women, thankfully, all come out on top, which, sadly, isn’t always what happens in real life. For Teddy, his rage is fuelled by jealousy and anger at his lovely wife earning more money than he does, although he doesn’t really seem to work at all anyway. He’s one of the ‘entitled’, as I call them – upper-middle class, rich-kids, who’ve always got what they’ve wanted and continue to expect the same as they continue breeze through life at others expense!

The Brute is a well-produced, hard-hitting drama that should be seen more widely; maybe even as a kind of educational tool to demonstrate how abuse of this sort arises and how it can quickly escalate to dangerous levels, and not only for the spouses themselves, but also for their children.

The Brute is being distributed by Powerhouse on Blu-ray on their Indicator label. There are plenty of extras on the disc including:

Audio commentary with actress Sarah Douglas and film expert Kim Newman – Sarah reveals that, although the film was a daunting prospect, she couldn’t really turn it down as she got top billing and ended up with 88 minutes worth of screen-time, which was unheard of back then, for a woman! She also talks about still seeing her co-star (and screen monster husband) Julian, around on the festival circuit and on why she’s never modelled herself – she’s too fidgety apparently.

Gerry O’ Hara: Sticks and Stones (13.5 mins) Gerry explains how the project came about and that it was based on a real-life couple, where the mad gambler of a husband would pour cold water over his wife, in the middle of the night, and make her sit on the edge of the bed shivering. Apparently the main house used as a location in The Brute belonged to the daughter of a cabinet minister at the time, and a bunch of dentists funded the film (shades of The Evil Dead there then!).

UK theatrical prologue (48 seconds) – This talks about the ‘caveman’ persona of some men on dealing with women.

UK theatrical trailer (2.41 mins) – This emphasises that the film is based on reality.

Image gallery (41) – This includes the cover for the Brentwalker video releases of the film.

A shorts film by writer / director Gerry O’ Hara namely: The Sea Can Kill (1976) – Sponsored by the Imperial War Museum this demonstrates the correct way to use lifeboats if shipwrecked at sea. We’ve given the heartening news that if you play your cards right there’s a 100% of being rescued within three days, assuming you don’t die first!

This week in Britain: Erin Pizzey (1978) – A short news report from the UK’s first women’s shelter organised by women’s campaigner, Erin Pizzey. It’s interesting to see that she hired ‘gentle-men’ to attend the shelter to teach the kids that not all guys are bad! Importantly, the campaign was also about trying to stop men from abusing in the first place. Interesting Erin is also a men’s right activist! 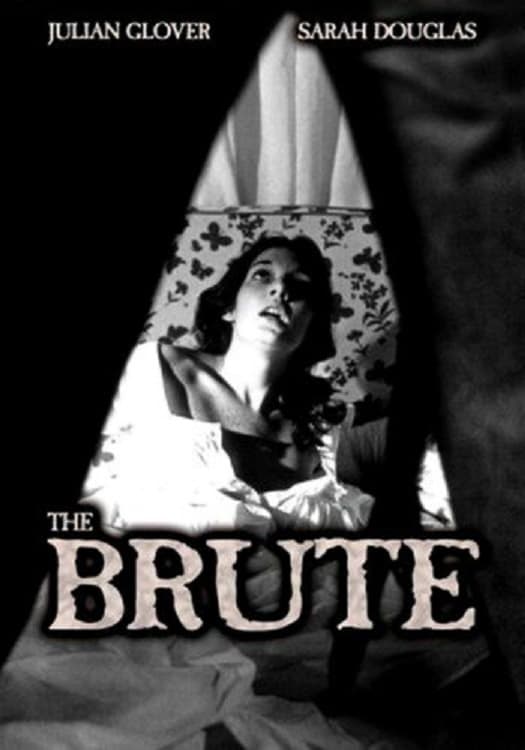