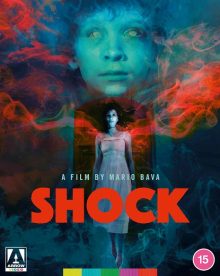 One of the late, great Mario Bava’s last directorial efforts before his death in 1980, Shock is perhaps a far cry from the Italian master’s gothic masterpieces Blood and Black Lace and Black Sabbath but is nevertheless an effective, and underappreciated, slice of supernatural psychodrama madness.

Dora (Daria Nicolodi) returns to her old family home with her son and her new husband Bruno (Steiner), to start over and leave behind the traumatic death of her drug addicted first husband. But as is the norm in such genre offerings, things aren’t as they appear and soon Dora starts to experience unexplained phenomena and feels herself slipping into madness. Compounded by the fact Bruno is often away with his job as an airline pilot and that her son Marco (David Colin Jr) starts to exhibit alarming behaviour towards her, Dora finds her ever fragile state of mind deteriorating. Is it the house causing her to lose her mind or something much more nefarious? 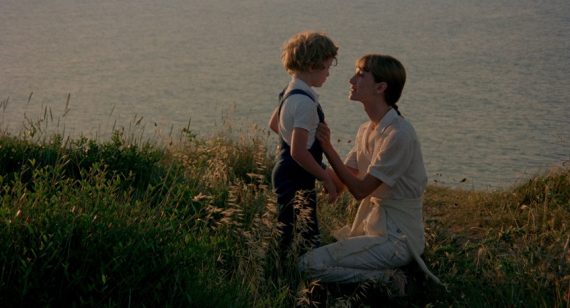 Made in collaboration with his son Lamberto Bava (Demons 1-3), Shock may not feature the thick gothic dread and lurid/vibrant colour scheme of his known genre hits, but Mario conjures up enough weirdness and spooky set-pieces to make his final horror sojourn a worthy effort. Much of the weirdness comes from the young son, who upon moving into the new house, displays some very unsavoury behaviour towards his mother. The creepy levels are thus ramped up and save for a silly bit with a seemingly possessed swing almost crashing Bruno’s plane (!!!), Mario orchestrates a spookily enjoyable women-tapped-in-a-new-house-slowly-going-mad potboiler.

The flick is also bolstered by a fantastic performance from lead Daria Nicolodi. Having written/co-written some of Italy’s finest horror masterpieces (Paganini Horror, Inferno and the almighty Suspiria) as well as appearing in the likes of Tenebre, Opera and Delrium, Nicolodi is on fantastic form, lifting the flick from its B-movie shenanigans to deliver a convincing descent into madness. She brings much needed tension and grit to proceedings and sells all the flights-of-fancy come the spook-packed finale. In fact, come the last 30 minutes Mario ramps up the set-pieces including the infamous run-down-the-hallway jump scare (that has since been “homaged” by many a modern horror film!) to end the film on an enjoyably, albeit nihilistic, ghost packed finale. 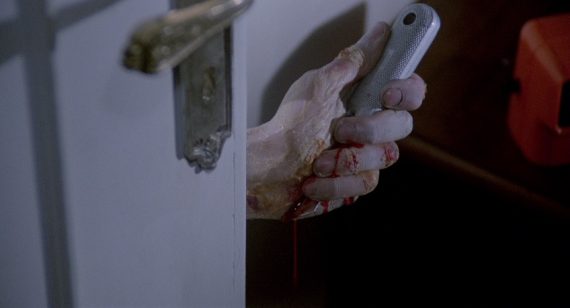 Often released as a sequel to Ovidio G. Assonitis’s 70s shocker Beyond the Door, Shock bares no relation to that film, save for the supernatural horror aspect and the fact that little David Colin Jr happened to be in both. However, Shock is a great little shocker in its own right (and nicely spruced up by Arrow showcasing Alberto Spagnoli’s lush cinematography) and deserves more love than its reputation suggests.

FIRST PRESSING ONLY: Illustrated collector’s booklet featuring new writing on the film by Troy Howarth, author of The Haunted World of Mario Bava – not available at the time of review. 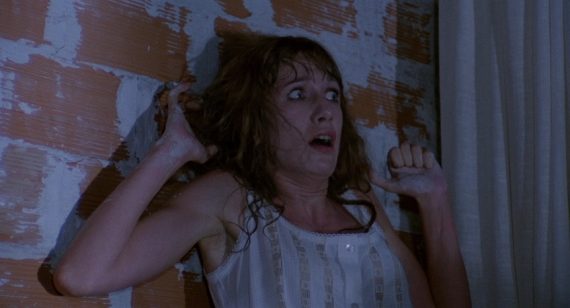