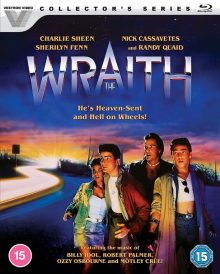 A film that could only have been spawned in the 1980s, The Wraith has lost none of its absurd coolness: a wild genre mashup of sci-fi, car-chase action, punk attitude and teen romance. A mysterious entity arrives in a small Arizona town and takes the form of a sleek futuristic looking sports car driven by a black clad, shotgun wielding driver. This “wraith” has come to town to take revenge on a gang of petrol heads who rule the roads, terrorising the young population and challenging them to street races in order to procure their cars. Ruled by the borderline psychopath Packard (Cassavetes), the gang are taken out one by one in dangerous chases with the wraith car, as it would seem the spirit of a former youngster who died at the hands of Packard and his crew (Sheen) has come back for vengeance.

In amongst the high-concept bonkers genre mashups that populated the 80s (a time when you could literally make any kind of film no matter how absurd!), The Wraith stands out. Alien cars, high speed chases with dangerous stunts, obnoxious punks tweaking their brains out, shotgun-blasting action, a killer soundtrack, and Sherilyn Fenn: The Wraith has it all. Writer/director Mike Marvin cooks it all up into a rad bubble-gum sheen, exists-in-its-own-reality stew that rockets along on its infectious charm, killer car action, and so-mad-it-kinda-works (because it was made in the 80s!) concept. 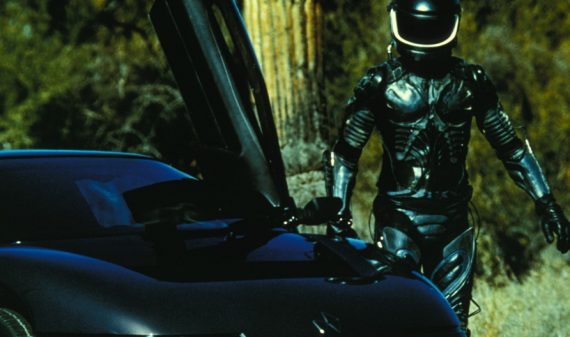 While the flick never takes itself too seriously it’s imbued with an earnestness found in films of the time (if made today it would be all meta/wink-at-the-camera/were in on the joke mentality!) that gives it just enough edge and emotion to sell the mad concept. The cast go all in, not least Cassavetes and his crew of obnoxious goons, who while ludicrous, have enough dangerous edge to feel threatening. In fact, The Wraith for all its sunshine soaked 1980s silliness has a violent slant that gives it a darker vibe: drug taking, knife slashings, misogynistic control, and violent vehicular death are all present, meaning The Wraith borders on out-right horror on occasion. 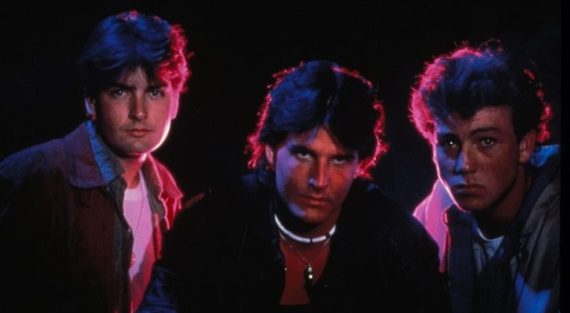 Plus, it features awesome car chase action and a killer 80s soundtrack. With souped up cars tearing along the desert highway and destroyed in dangerous looking fireballs The Wraith features great action that still holds up today, not least some impressive POV shots of the cars tearing through the Arizona desert. It’s got a feel of a 50s hot-rod teen flick crossed with an 80s sci-fi vibe, that this reviewer totally digs. Plus, with a soundtrack that features Ozzy Osbourne, Stand Bush, Robert Palmer, Motley Crue and the toe tapping track Never Surrender by Lion, you can’t go wrong.

The high-brow out there would no doubt baulk at such a film with such an out-there concept and many may proclaim this as a “guilty pleasure” or their favourite “good-bad” movie, but to this two-bit reviewer The Wraith is just a great film. It’s 80s teen action madness that’s a little bit bad, a little bit sad, but oh so rad.

Lionsgate UK will release The Wraith on Blu-ray 15 November as part of the Vestron Collector’s Series. 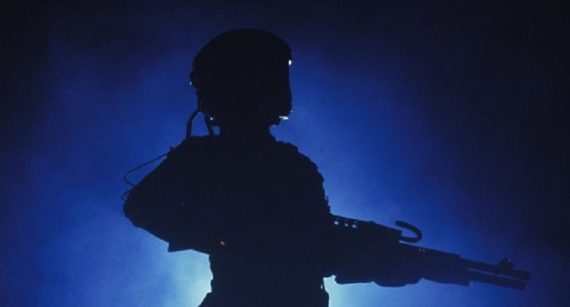