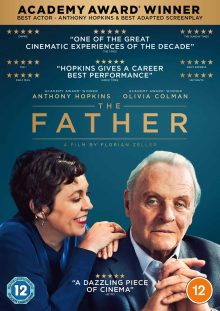 At the end of last year, just before Christmas, my Dad died. Among the many things that killed him, which included cancer and Covid 19, were large growths in his brain which caused symptoms of dementia. I had just become a father myself when the symptoms began at the start of the year. By the end of the year, he was gone. The experience of becoming a Dad while simultaneously losing a Dad means that fatherhood has been very much at the forefront of my mind of late. While that might make me seem like the last person who should be taking on the task of reviewing Florian Zeller’s intense exploration of a father attempting to deal with encroaching dementia, I actually found the experience comforting. Don’t get me wrong, The Father is far from a comforting film or an easy watch, but its unique approach to the subject helped me to feel closer to my dear departed Dad by offering a glimpse into the confusion, pain and sorrow he must have experienced in those final months. He was always the most understanding of men and it felt right for me to try and understand that closing chapter from his perspective.

I must admit I went into The Father with mixed feelings, less because of how close to the bone the subject matter was, but because of how maudlin and dull I’ve often found other cinematic examinations of mental debilitation. It’s important to remember that dementia isn’t something that always follows the same pattern but the films I have previously seen on the subject tend to do so, foregrounding dramatic moments of altered personalities or fractured family arguments that play up the melodramatic side while offering little more insight than “Ain’t dementia a bitch?” Don’t get me wrong, I’m sure these films are often direct reflections of an artist’s personal experience and play as powerful and authentic for those whose experiences with this awful condition closely correspond. What helps The Father stand out above the others is that it makes a concerted effort to get inside the head of the character battling dementia in a way that forces the audience to experience it right along with them. While ordinarily the family members watching their loved one’s degeneration act as the audience surrogate, here it is the sufferer themselves. 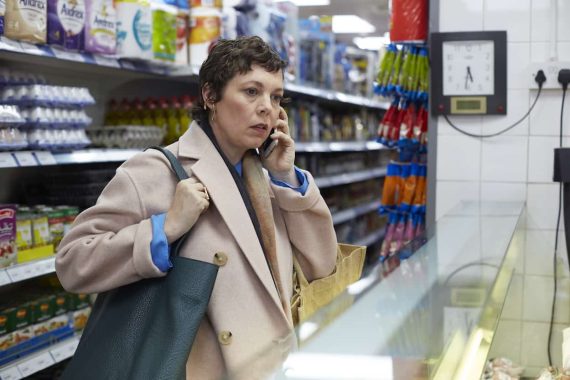 In asking us to share in the experience of a loosening grip on reality, Zeller does not for a second neglect the importance of those other people affected. In this respect, we are gifted another wonderful performance by Olivia Colman as the daughter of Anthony Hopkins’ Anthony (a namesake piece of casting that further blurs fiction with reality). Colman gives a performance of great subtlety in a role that demands she inhabit a number of different possible realities, none of which are confirmed as the definitive one and all of which must be linked by the consistency of her character. She is the one constant in Anthony’s life, a fact that is highlighted by all the other characters being portrayed by two different actors as Anthony tries to stay on top of who’s who. There is a strange musicality to the dialogue as phrases are repeated, resurfacing later in different mouths and flowing seamlessly out of conversations that seem integral to their creation, even though we have heard them once already without these precursors. It’s a clever script, beautifully orchestrated so as to never feel remotely gimmicky. Zeller’s direction eschews visual tricks and flourishes, keeping the viewer firmly rooted in that slowly shifting state of mind that Anthony now inhabits. 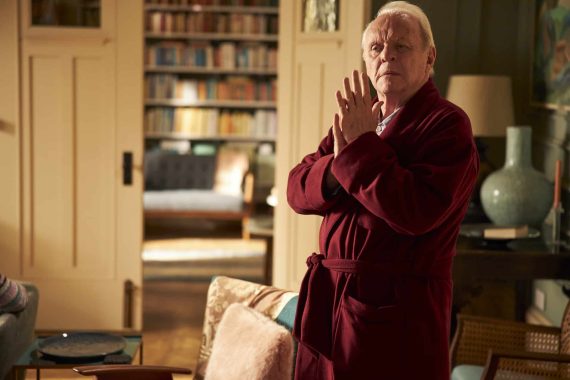 Anthony Hopkins’ Oscar victory in this role was controversial, given that it was widely expected that the Best Actor award would be posthumously bestowed upon Chadwick Boseman for his exceptional final performance in Ma Rainey’s Black Bottom. This was a strong year for the category, with Boseman’s performance also up against a quietly devastating Steven Yeun in Minari and an intense, thrilling Riz Ahmed in Sound of Metal (a film I had several problems with, of which Ahmed’s performance was emphatically not one). But while it may have upended the intentions of a reshuffled Oscar ceremony, and while I still probably would’ve given the award to Boseman, Hopkins’ win is not one I can argue too strongly against. Anthony is a hell of a tough role to take on, given that the period of his life in which we first meet him is one of zero certainties. We can only piece together what he might have been like before the onset of dementia through small clues and comments, all of which could be completely unreliable. It’s hard to imagine how you even begin to get a handle on playing a character like that but Hopkins brings an imposing weight to the role, making Anthony by turns frustrating, frightening, deeply sympathetic and ultimately completely heartbreaking. The final scene has stayed with me long after I watched it.

Although I had my Dad in mind while watching The Father, the film didn’t hit as hard on a personal level as I expected… at least not while it was playing. The effects of dementia can obviously vary and with my own Dad’s relatively short time coping with the condition, there were never any visible signs of a change in personality. Through the confusion, the heightened emotion and the physical deterioration, there was always a strong sense of the lovely man he always was. I didn’t see anything akin to the erratic behaviour of Anthony and therefore the film felt comfortably distant from my own experience. When The Father did hit harder was long after it had finished, after I’d mulled it over and realised that it probably felt comfortably distant from my experience because it was uncomfortably closer to Dad’s. While the surface manifestation of the condition was quite different, the fear, disorientation and moments of complete devastation that we experience vicariously in The Father are all things I recognised if I just put myself in my Dad’s place, which is something I hadn’t really done. After all, how could I possibly begin to understand what that felt like? I feel like The Father helped me to do so, and in a way that managed to also entertain without feeling in any way exploitative. 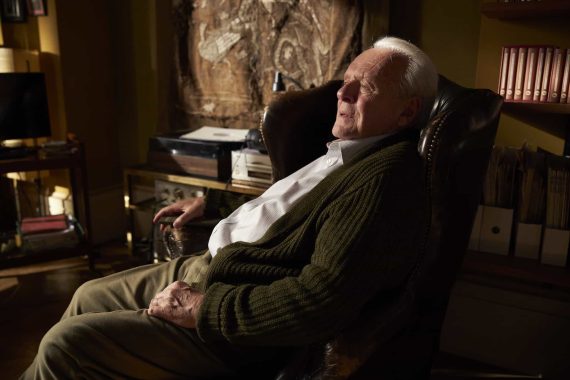 The Father is a remarkable gem of a film that I may never watch again. If I do never return to it though, I will always remember the one time I did watch it. For many, this film will be a fascinating glimpse of what it must feel like to suffer from dementia. For me, it was also an invaluable part of the grieving process. I bet Dad would’ve loved it.

The Father is released on Digital Download on 27 August and on Blu-ray & DVD on 30 August from Lionsgate UK. Extras include deleted scenes and a French Virtual Premier Q&A session with Florain Zeller, Anthony Hopkins and Olivia Colman.