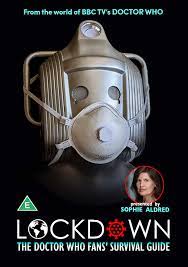 As 2019 unfolded an unprecedented set of events were unleashed upon planet earth. Strange tales of bats and the previously unheard of pangolin began to circulate the globe. The world was thrown into disarray as we were hit by a pandemic of apocalyptic proportions. However, it was not the apocalypse we were expecting or secretly hoped for. Without a mutant insight and no hoards of zombies, there was no use for your stashed crossbow. We were told all fun was forbidden by law and the pub doors firmly padlocked shut. In every conceivable apocalypse from Mad Max to Shaun of the Dead, there was always a bar to escape to. We didn’t see this one coming, so it was left to the Whovians to lift our spirits and provide the entertainment.Covid-19 ripped across the continents in a frenzy of drudgery. So unbelievable were the events, they read like a bad Doctor Who script. Many were forced to endure months of isolation and in the primeval ooze of forced confinement new forms of entertainment were spawned.

A worldwide search was launched to find an escape from lockdown cabin fever. The call was answered and Doctor Who fans across the sphere rallied together. Using their ingenuity to cheer us all up in a homage to the Doctor. Producer Keith Barnfather, the founder of Reeltime Pictures Ltd and founding member of the Doctor Who Appreciation Society, began to fester in the gloom of lockdown. He pondered, how could he cheer up the world in this most miserable of times, and an idea began to ferment. He urged fans to let him know how they were coping in lockdown…and the response was phenomenal. 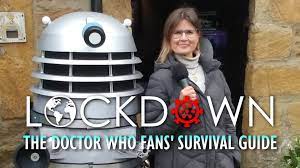 Fans across the world contributed from Australia, Canada, Hong Kong, Spain, UK, and the USA. They used mobile phones, laptops, and everything else in-between, to let the planet know how they felt. Reeltime Pictures kindly collected the crème de la crème of these fan-made dedications and put them in one place for our viewing pleasure. Dedicating the disc to those who endured the worst of loss during the pandemic. 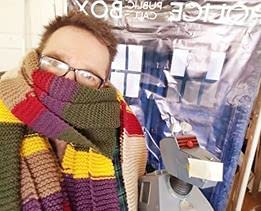 Sophie Aldred otherwise known as Ace, hailing from the time of the seventh Doctor, Sylvester McCoy, hosts this varied compilation. The tales within this disc encapsulate earth-lets strength and humor in an apocalypse of the strangest and most heartbreaking kind. We follow the trials and tribulations of earthlings as they coped with their challenges. These presentations will make you chuckle while at the same time are sobering. There’s something for everyone, some depressing nuggets, a spot of DIY, a soupçon of cosplay, and a smattering of audacious little pieces. There’s plenty to keep you interesting in this fan-based perspective of life under the cosh. 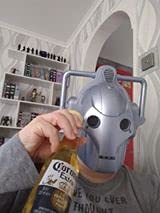 You’ll be overwhelmed by musical Daleks and Cyber Men as you have never seen them before. There’s model making, including, how to build a TARDIS room. Keep an eye out for Louise Jameson as she makes an appearance, you’ll remember her as Leela with Tom Baker. Louise complements this heartwarming offering by supporting Mencap. With the whole release being underpinned by Neil Cole’s Museum of classic Sci-Fi, Allendale in Northumberland. One fan even builds his guitar and plays us a tune while Stuart Grant brings the release to a conclusion. There’s too much to mention, so enough said, as of course, I need to leave a few surprises. 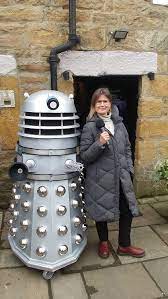 LOCKDOWN The Doctor Who Fans’ Survival Guide out on 9th August 2021 on DVD in the UK, is released by Reeltime Pictures Ltd. I watched the DVD and found the picture to be nice and crisp with obviously varying quality from the fan-produced portions. Overall the quality is great with a pleasing texture and natural colors.

As an extra, you’ll find a 15-minute behind-the-scenes feature with Sophie Aldred, Keith Barnfather, and Neil Cole giving us a peek at filming in Neil’s museum.

It’s worth mentioning that there are no subtitles with this release. It comes to you with no fuss packaging in a black DVD Keep-case. There are only 1000 copies of this little gem so don’t dither, if you want a copy. There is such a range of aspects to this release, it’s bound to split opinion as to the best bits, overall it is a recommend feel-good viewing experience and well worth your time.