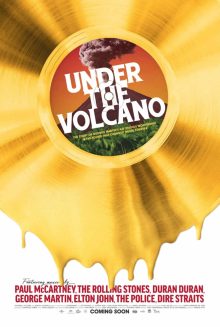 When people talk or write about the breakup of The Beatles, picking over all the bitterness, acrimony and bile with either gossipy glee or pained regret, the one person who tends to be forgotten about is their producer George Martin. It has been exhaustively documented how the fracturing of the world’s biggest band caused severe emotional fallout for The Beatles’ two leaders, with Paul McCartney secluding himself away with his family in the hills of Scotland, while John Lennon decided to undergo primal scream therapy in the hope of releasing his many demons (with the bitterness between the two men reaching its height with Lennon’s evisceration of McCartney in the song How Do You Sleep?). Yet it is easy to forget that the band’s disintegration effected more than just the four men caught in the centre of the maelstrom; for some of those closest to them, the break up of the The Beatles caused as much pain and anguish as it did for John, Paul, George and Ringo; yet it also provided a means of escape. If Paul McCartney thought he needed to move to Scotland to recuperate, then George Martin, who had been caught in the middle of the band’s feuds and squabbles for years, felt that he needed move much further away than that.

The eventual result was AIR Studios, the recording paradise that George Martin built on the Caribbean island of Montserrat. Constructed in the shadow of a dormant volcano, the studio hosted some of the biggest bands of the Seventies and Eighties and birthed some of the most iconic albums of the era. Put out of commission by devastating ecological disasters, including hurricanes and volcanic eruptions, AIR Studios is now the subject of Under the Volcano, a brand new music documentary from director Gracie Otto. Using never before seen footage and photos, as well as personal accounts from many of the stars who recorded there, the documentary aims to provide a definitive account of this unique and much missed creative mecca. 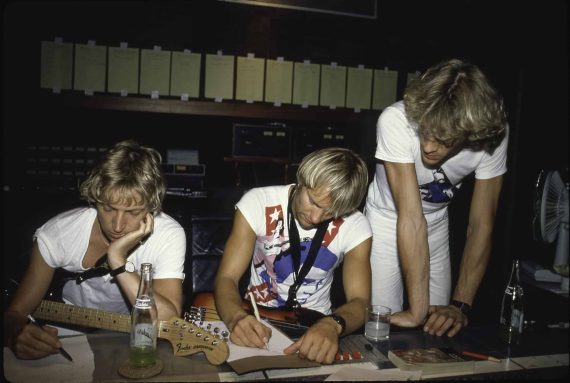 It is perhaps evident just how much the studios meant to those who recored there by the list of interviewees who have lined up to reminisce. Sting, Mark Knopfler, Nick Rhodes, Verdine White, Midge Ure, Tony Iommi (briefly!), Jimmy Buffett, amount others, all paint a picture of a wonderful recording space that, buoyed by the local island population, was run with a family atmosphere.

It is not just musical megastars who get their say. Otto gives an almost equal amount of screen time to those who ran the studios behind the scenes, from studio managers, to live in chefs, to the residents of Monserrat itself. Combined, they help to forge an understanding as to why AIR Studios came to be so loved and used by so many (beyond the fact that the Beatles producer lived nearby).

Indeed, for many artists, the studio became intrinsic to pivotal points in their career. McCartney recorded there in the wake of Lennon’s death in 1980 while Dire Straits found the island atmosphere so conducive to their creativity that it resulted in them writing and recording their biggest album, Brothers in Arms. It was also at AIR Studios that The Rolling Stones (or more specifically, Mick Jagger and Keith Richards) healed the wounds that had been driving them apart for much of the late Eighties.

Under the Volcano balances out these more successful tales with others from bands who found the island atmosphere less than ideal. Both Duran Duran and The Police found that the island’s isolation, away from hangers on and distractions, forced the band members into too close a proximity. Duran Duran were able to move on; The Police however, despite writing one of their biggest hits with Every Breath You Take, split up after their album sessions. These stories, both good or bad, are accompanied by fascinating behind the scenes photos and candid video footage (it’s clear that the swimming pool built next to the studio was a big hit, no matter who was recording there) as well as, of course, a fantastic soundtrack.

For the majority of its running time Under the Volcano proves to be a well crafted and interesting documentary that allows a wide range of voices to paint a fascinating picture of a legendary recording space. Yet in its final fifteen minutes it achieves a level of poignancy that elevates it towards something sadder, perhaps even more profound.

The first thing that hits you, through both footage and testimony, is the devastation caused by both Hurricane Hugo and the eruption of the Soufrière Hills volcano. These twin events, which destroyed AIR Studios and ensured that it would never be used again, of course had a far more serious impact. Not only did dozens of the island’s population tragically die in the events but the destruction itself caused half of Monserrat to become a virtual graveyard, covered in volcanic ash.

The footage that captures this, filmed in 1995, takes the breath away. A whole town lies silent, submerged under white ash, as ghostly and harrowing to witness as the ruins of Hiroshima or Nagasaki. Otto, filming in the present day, then takes her camera into the town (currently in an exclusion zone forbidden to the public) filming discarded beer bottles on empty, dusty bars, jostling for position with the detritus of busy lives suddenly abandoned. She then shows footage of AIR Studios itself, now overgrown and falling into ruin.

It seems fitting that The Stones, one of the few surviving rock bands from the broader Sixties cultural explosion that felt like it changed the western world forever, were the last band to ever record at AIR. The studio represents a key moment in popular music history when the album was still a dominant cultural force and analogue studio recording, on the cusp of being superseded by digital, was at its zenith.

All that has now changed. Albums are now sliced up and consumed piecemeal on streaming services, their constituent parts digested via endless playlists rather than as their creators intended. It is not just how music is consumed by fans that has radically changed; how that music is actually recorded has seen a seismic shift. What once needed a whole studio, for example, can now be achieved with a computer and a few programmes. Results can even be achieved on a mobile phone.

As footage of an elderly George Martin walks around the ruins of his dream studio in the closing minutes of the film, saying that everything must come to an end, Under the Volcano taps into something broader and deeper than just a story of rock stars creating music on an island paradise. It speaks to the end of a certain era in popular music, much as David Hepworth’s book Uncommon People did, in suggesting that the age of the rock star is finally over. All that is left are remnants, faded shadows of what once burned so brightly.

Under The Volcano is available on the 26th July on digital, Blu-ray and DVD