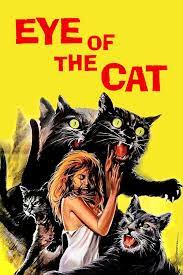 In June this year Indicator is releasing another horror classic with this over-looked kitty shock horror, Eye of the Cat.

Psycho screenwriter, Joseph Stefano is behind this golden nugget and it shows. There’s more than a hint of Hitchcock’s “The Birds” going on here. Set to the scenic backdrop of San Francisco, it’s directed by film and TV movie veteran David Lowell Rich (The Horror at 37,000 Feet). This UK Blu-ray premier boasts a Lalo Schifrin (Dirty Harry) score along with a groovy sixties wardrobe courtesy of costume designer Edith Head (Sweet Charity).

The moggie horror is opened by Danielle (Eleanor Parker, The Sound of Music)along with her nephew, Luke (Tim Henry). The pair head to the beauty salon to get Danielle a new hairdo. Whilst under the hair drier she suddenly starts to choke. This gives Danielle’s other nephew, Wylie (Michael Sarrazin, They Shoot Horses, Don’t They?) a malicious idea to kill his aunt. He plans to turn off her air supply while she sleeps in her oxygen tent.

A cat watches Wylie, it appears to know what is being planned as if endowed with supernatural powers. Wylie is already terrified by cats after an unfortunate childhood encounter. His accomplice to murder Kassia (Gayle Hunnicutt, Voices)spots the ginger moggie, but it is too late to stop it from attacking Wylie. He manages to hurl the possessed pussy to its death. 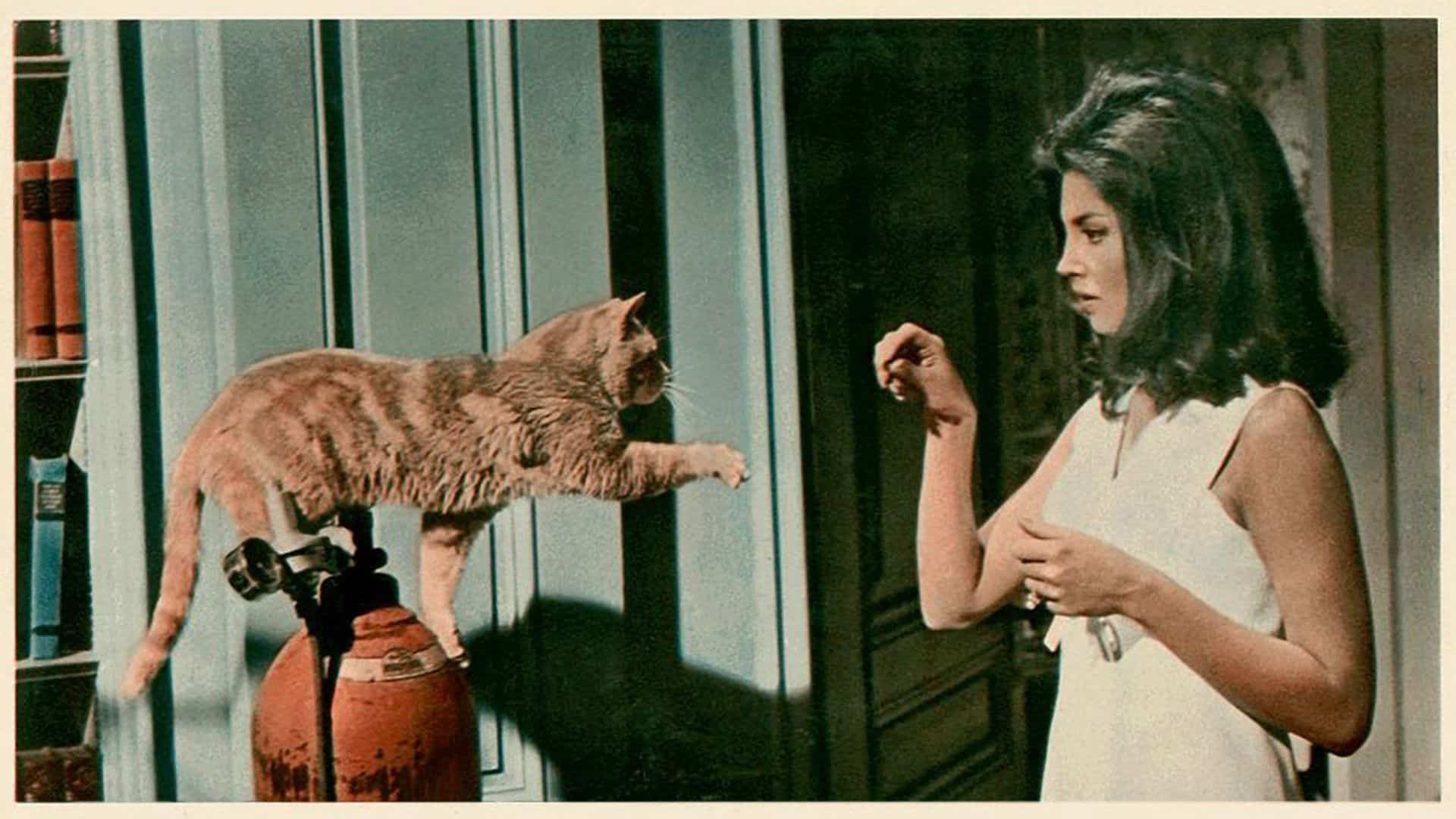 Wylie visits his aunt intending to do her in, but when he gets there he is confronted with a plethora of cats. He decides to abort his mission. Wylie is furious at being sent into such a situation as he has already been traumatized by felines.

When Wylie and Luke have a chat it is quite clear that Luke knows that Wylie is after Aunt Danielle’s money. Luke and Wylie discover that their aunt is going to leave her estate to the moggies. They convince aunt Danielle to leave them her money. The diabolical duo lures Aunt Danielle’s cats away with the promise of some kitty treats. Aunt Danielle hears Wylie planning to kill her but luckily for him, he manages to laugh it off as a joke. Creepily the pussy cats start to re-appear.

What do the moggies have in store for our hapless bunglers? The scene is set for an intriguing tale. 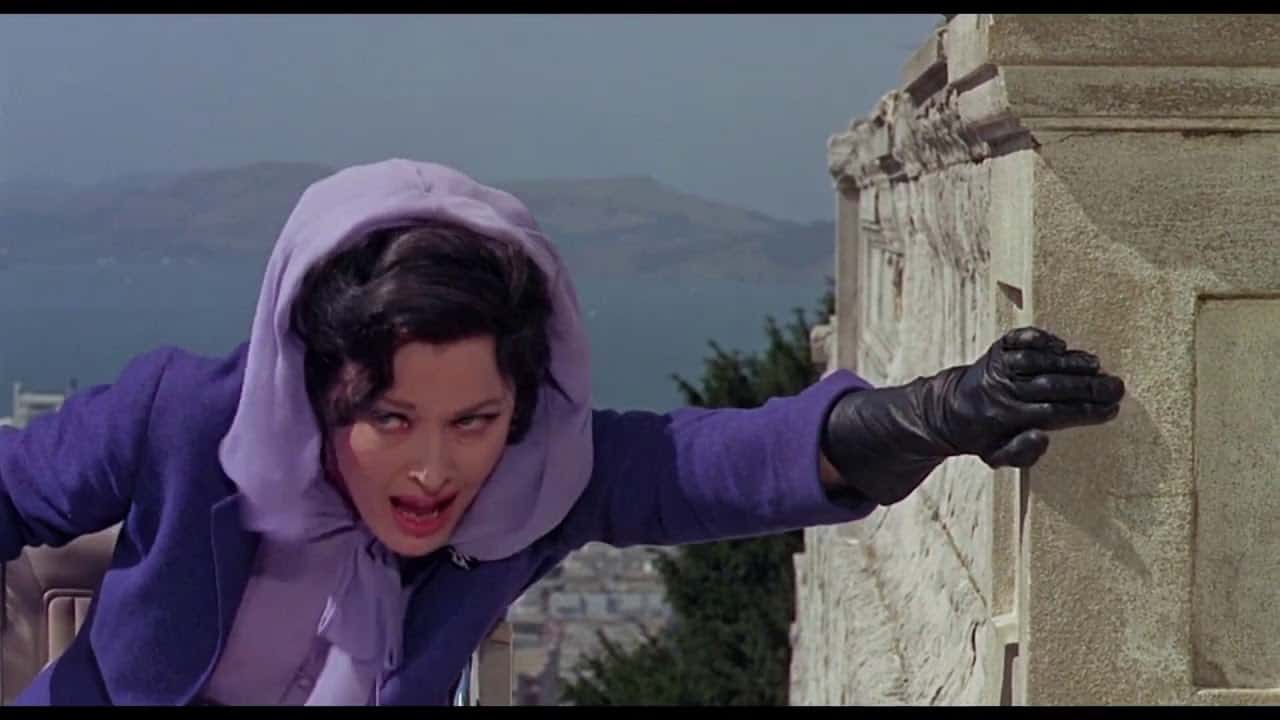 If you’re considering having a peek at this one, you’ll be thrilled with the rampaging cats. It’s jammed with highly entertaining scenes which are both humorous and startling, The sometimes clunky dialogue is more than compensated for by artful shooting and the exemplary score. Of course, the story throws logic to the wind, but who cares, in this camped-up horror thriller. You’re sure to enjoy aunt Danielle’s run-away wheelchair escapade down the hills of San Francisco. While Gayle Hunnicutt will delight as the devious gold-digger.It’s an engaging story of greed and an intriguing treat for the off-center film connoisseur.

Eye of the Cat is out on the 21 June on Blu-Ray, released by Indicator. This upgrade boasts a delightfully bright and crisp picture shot in a distinctive arty double framed style. 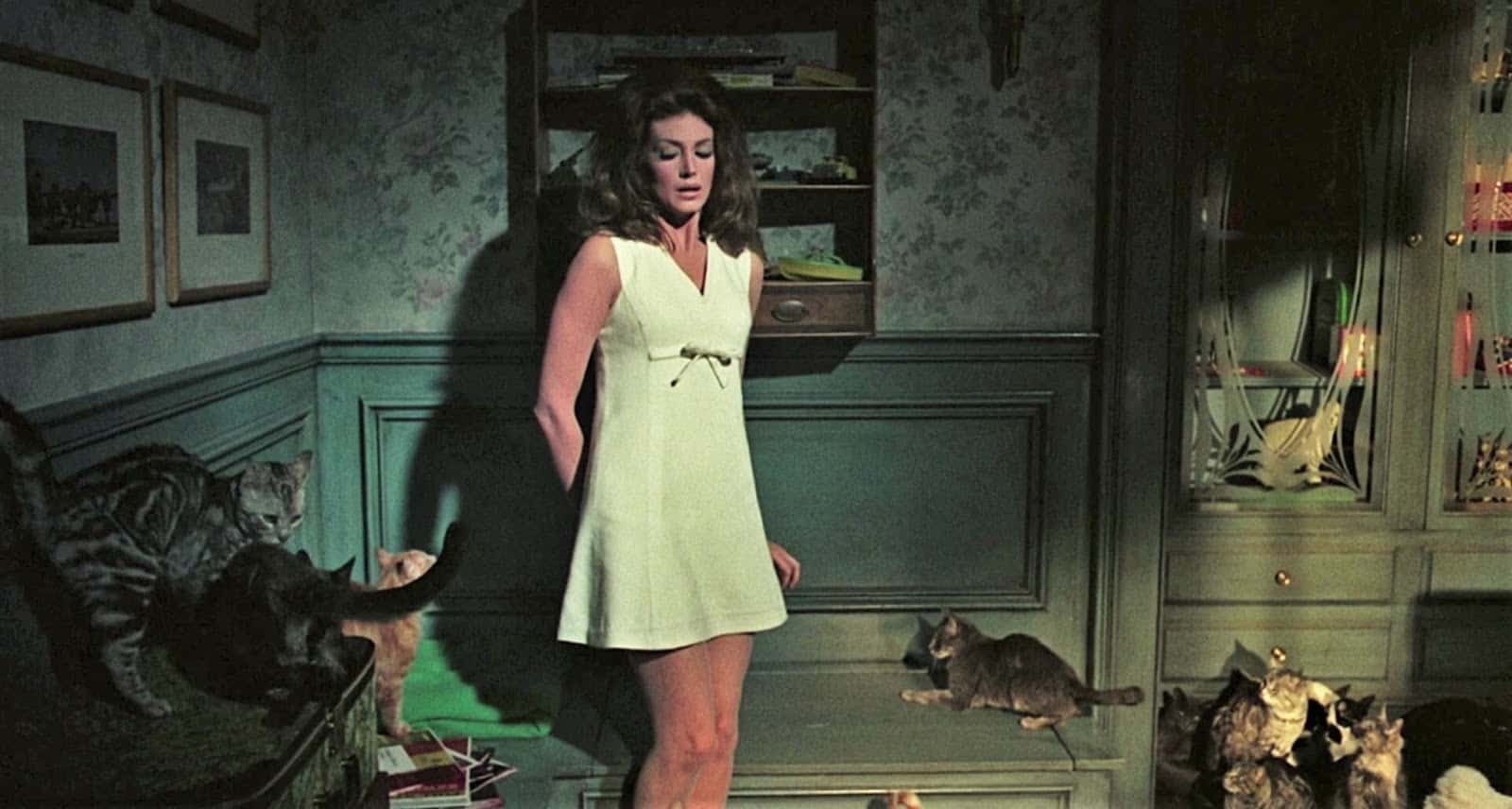 This release contains a bountiful selection of extras with nicely encoded presentations, mastered from the best available materials.