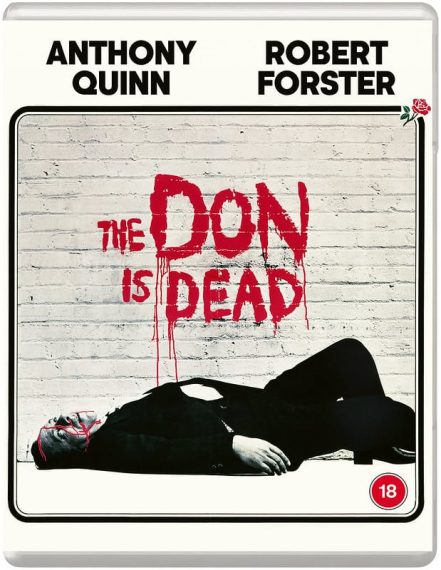 From the decade often hailed as delivering the best cinema, The Don is Dead is an underrated, little-seen slice of corking 70s gangster action. No doubt hoping to capitalize on everyone-going-gaga for The Godfather (and certainly sharing several similarities with the often-hailed-as-the-best-film-ever-made-classic!), The Don is Dead is its own beast and a riveting thriller is its own right.

A very young Robert Forster (Jackie Brown) plays Frank Regalbuto whose Don crime kingpin father has just died leaving the leadership up for grabs. Frank puts his trust and leadership guidance with Don DiMorra (Quinn) but when DiMorra starts a romantic affair with Franks’s would-be girlfriend, he decides to take violent revenge and control of the family. But DiMorra is no pushover and retaliates in typical full-force fashion. 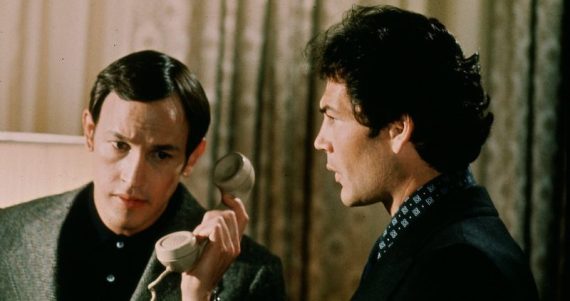 From a time when cinema gave us some all-time classics, The Don is Dead is worth discovering for fans of the gangster genre and 1970s cinephiles. Assuredly helmed by Richard Fleischer (Soylent Green, Mr Majestyk) it’s a tough and extremely well-acted film, a slow-burn piece punctuated by short, sharp, shocking bursts of violence and action. The characters are rarely likeable but are given depth and personality meaning we invest in their plight despite it being an often violent and despicable one. Quinn is great, much more restrained here with less grandstanding and more quiet authority. Same with the great Al Lettieri (The Godfather, The Getway) who while still playing a vicious character is much more quietly restrained (compared to his more well-known roles!) and shows depth and personality rather than just rage. But the film belongs to Forester and (a very young!) Frederic Forrest (Apocalypse Now, The Missouri Breaks) as two young men caught in the iron grasp and downward spiral of the criminal underworld. Great, hungry performances from the two at the start of their careers, and they carry the film with aplomb through its almost two-hour runtime. 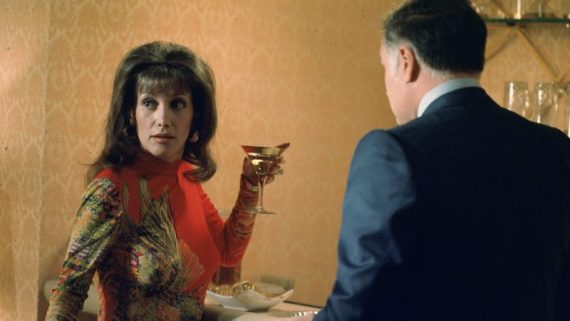 There are also great appearances from familiar faces of the time such as Charles Cioffi, Abe Vigoda, Joe Santos and a young Sid Haig. Female characters get a little short-changed unfortunately, this being very much a “mans-world” but Fleischer makes sure this is far from gangster cool. There’s no posing, no over-styling, Fleischer instead creating a tough, violent, and almost bland world these characters live in thus giving proceedings an authentic feel. In fact, the film cuts through the almost glamourizing pretensions of likes of The Godfather to deliver a tougher, more grounded film that despite its slow burn is always riveting. Some may find this approach off-putting (along with the almost made-for-TV feel!) but it works to the film’s benefit and along with the Jerry Goldsmith’s great score and some still shockingly violent action, Fleischer has crafted a bleak gangster thriller ripe for rediscovery.

The Don is Dead will be released on Blu-ray as a part of the Eureka Classics range from 18 January 2021.