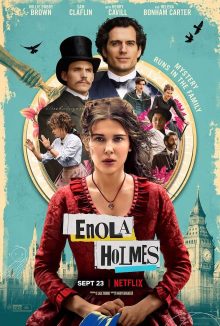 The classic story of Sherlock Holmes takes a bit of a twist by introducing his little sister and her adventures. Although loosely based on the characters and world created by Sir Arthur Conan Doyle, ‘Enola Holmes’ is more closely adapted from the best-selling series of books by Nancy Springer.

Harry Bradbeer’s film of Enola Holmes sounds very promising then, but turns out to be a bit of a disappointment for the audience.

Over the years, we’ve seen many twists on the original story of Sherlock Holmes. The same thing goes for the book series The Enola Holmes Mysteries.

Sherlock and his brother Mycroft left home when Enola was very young after various disagreements with their mother. Enola was living with her mother and had a lovely time until one day, her mother disappears.

Strange enough, Enola, which spells “Alone” backwards, is left alone in the house, not knowing what to do. This event reunites her older brothers as they try to decide her future.

However, Enola decides to stay in the house and take on this investigative journey to find out what her mother has planned for her. 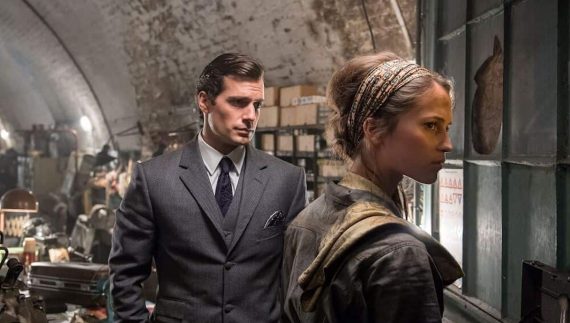 Even though Enola Holmes stayed true to its source material, it still didn’t impress me.

Enola is a strange girl that doesn’t know a lot about the real world. In the first couple of days, she dresses as a boy to distract her brothers and sneak through the streets until she finds the truth about her mother’s disappearance.

The best thing about Enola Holmes is the fourth-wall-breaking style of the movie. Most of the time, Enola is speaking directly to the camera as she tries to explain how she ended up in that situation.

Since Enola is alone in a strange and dangerous world, eventually, she finds herself in trouble. On her journey, she meets a boy named Viscount Tewkesbury, who, in the film, also escapes from his home, and he is chased by a man who wants to kill him.

The biggest surprise to the audience was Henry Cavill’s performance, which is different from the Sherlock Holmes the audience is familiar with. 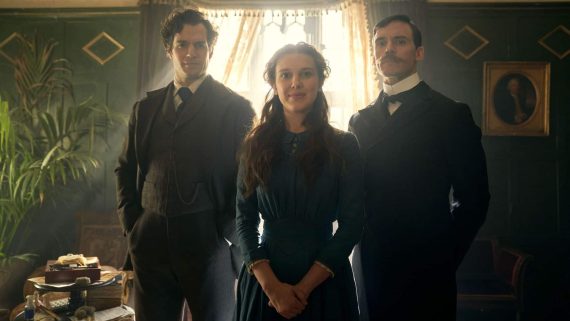 Unlike the cases of her famous brother and most other mystery movies, Enola Holmes fails to impress with its detective-like theme. Even though we are talking about a teenage girl, rather than an experienced detective, they still could have made the movie a bit more mysterious. Plus, there weren’t enough clues that the viewer could pick up to help involve the audience in the mystery, like we are used to in Sherlock Holmes.

The only way to justify the story behind the movie is that this is the first case of 16-year-old Enola, with no previous experience in the field. Even though we are talking about Sherlock’s sister, we should not compare both movie characters since they have a very different approach to the world.

In addition to that, this is Enola’s story, not Sherlock’s. In the end, this is still an entertaining movie that offers a different perspective of Holmes’ family. The story evolves as quickly as the odds of the NBA finals in BetAmerica. In other words, you don’t know what to expect.

We have to compliment the cinematography and the often quite beautifully-made scenes. On top of that, Bradbeer has made a good effort to capture the right image of Enola Holmes. It is a very well-made movie that perhaps could have been more interesting.

In the end, we are talking about a casual movie about a teenage girl, what more can you expect.

Enola Holmes is distributed by Netflix, and if you still haven’t watched it, go ahead and add Enola Holmes into your watch list. It will not be a waste of time.