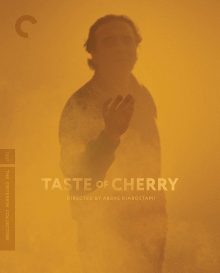 Though generally critically acclaimed, Abbas Kiarostami’s films aren’t for everyone. The great Roger Ebert even called Taste of Cherry (a.k.a. Ta’m e guilass), which I will be reviewing in this post, “excruciatingly boring” and had it on his ‘Most Hated’ list. I myself struggled to engage with Certified Copy, finding it interesting but overly academic and cold.

However, as I’ve gradually worked my way through more of Kiarostami’s work, I’ve greatly warmed to it, even though I can see why his often quite enigmatic films have their detractors. The director himself, in an interview included in Criterion’s new Blu-ray release of Taste of Cherry, describes his style and tastes in films, which might go some way to explain their divisive nature. He describes how he thinks a great film is one that “has lasting power and you start to reconstruct it right after you leave the theatre”. He also expresses a distaste for films that “take you hostage” and leave you disturbed afterwards. He prefers films that “put their audience to sleep”, being kind enough to let you have a nap but causing you to wake up thinking about them in the morning.

This slow-moving but thought-provoking approach can certainly be found in Taste of Cherry, which follows Mr. Badii (Homayoun Ershadi) as he drives around the outskirts of Tehran looking for someone to help him. It’s a rather sensitive job that needs doing though, so he struggles to find the right candidate. You see, Badii wishes to commit suicide peacefully that night, out in the mountains, but wants someone to come along in the morning to check if he carried out the act. If he didn’t, they must pull him out of the hole he plans to use as a grave, and if he did go through with it, they must fill it in with “twenty shovelfuls” of soil for him to rest in peace.

Some refuse quickly, suspicious of the man before he’s even explained what he’d like them to do, but Badii gets three men as far as into his car on a trip to the site, to try to convince them to help him. This leads to three long conversations about the characters and their thoughts on life and suicide. 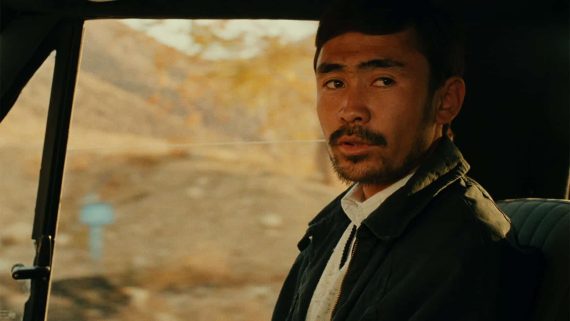 With this simple setup and a quiet, frill-free cinematic approach, I can understand why some may find Taste of Cherry tedious, but I found it captivating from start to finish. In my mind, Kiarostami is a master of showing how tension can be created on screen without the need for explosive or murderous thrills. He doesn’t even need a complex story. Just a simple setup can leave you transfixed, in the right hands.

An obvious technique used is in keeping elements of the story and character development from the audience. We don’t learn why he needs to find someone to help him until 25 minutes into the film, so we’re left wondering for a good while. When we do discover this, we’re still not told why he wants to kill himself. So an air of mystery remains throughout the film. As Kiarostami describes in his quote used earlier, the audience is left to reconstruct the film and cast their own ideas onto the story and its characters.

Nowhere is this approach more evident than in the ending. I can’t discuss this without spoiling things, so… * SPOILERS * In the film’s conclusion, the fourth-wall is shattered when, just as we’re witnessing Badii laying in his make-shift grave, possibly viewing the moon for the final time, we cut away to see Kiarostami and his crew calling a wrap on the production out on the mountain, with Ershadi taking a cigarette break. It’s a shock that completely takes you out of the world we were so engrossed in. I must admit, I wasn’t sure what to make of this decision and it felt a little like an afterthought to unnecessarily add another layer onto the film. Kiarostami often explores the nature of filmmaking openly on screen in his work. Referring once again to his interview on the disc, he says of the nature of cinema, “we put a series of lies together to tell the truth”. So I guess it’s no big surprise to get the rug pulled from under us, but coming purely at the end in such a jarring way did knock me back more than usual. 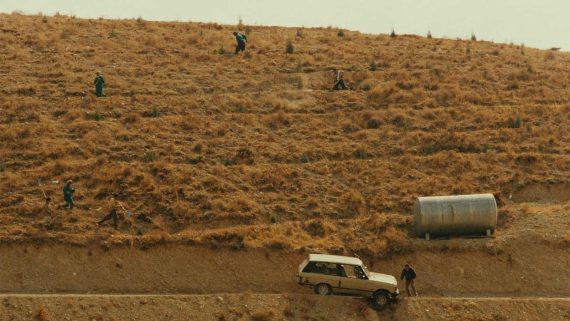 There are many ways this ending can be taken though, the deeper you look into it. I can’t put it more eloquently than A.S. Hamrah does in his essay on the film, included with the set, so I’ll quote the relevant portion here:

“It is several things at once: a scene of mournful tranquillity, a contemplation of the happiness of being alive, relief from the film’s tension, a rejection of sentimentality, a moment of rebirth, and an invitation to leave the theatre. It also anticipates cinema’s replacement with digital media, a form that will follow 35 mm film after its “death.” Above all, it is a memento mori that deepens the film’s ambiguity, the final fate of Badii having been left unresolved. If, after this film’s ninety-nine minutes, neither we nor Mr. Badii have come to know whether life is worth living, so be it.” * END OF SPOILERS *

Like many of Kiarostami’s films, Taste of Cherry takes a largely sparse, naturalistic approach, stylistically speaking. There’s often a formal or poetic beauty to the images but always with an overriding simplicity on top of this. No non-diegetic music is used either, other than at the end, and the lighting is seemingly natural. This lack of extraneous noise and distraction allows the audience to focus on the minutiae of each scene, such as the detailed sound design (reminiscent of Roma) and subtle reactions between characters. This, when added to some ‘breathing space’ sequences of driving around, adds weight and importance to the conversations in the film, demanding your attention when they appear. 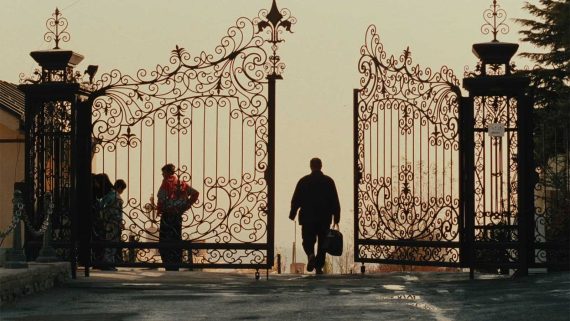 The naturalistic presentation, as well as some wonderfully unforced performances, presumably from largely non-professional actors, help create a humanist approach to the material. Although Badii’s motives behind his decisions are left unclear, his mannerisms and body language help fill in the blanks and allow the audience to relate. Likewise, the reactions of those he’s trying to ‘employ’ are all completely believable in their variety. It subtly touches on different sides of human nature.

So, all-in-all, though the ending took me out of the experience a little too much and left me scratching my head, I found all that came before utterly compelling. It’s simply, yet beautifully, presented and deeply thought-provoking without feeling overwhelmingly complex or academic. It has a humanity at its centre that keeps it grounded. Ebert may not have enjoyed the film, but I loved it.

Taste of Cherry is out on 24th August on Blu-Ray in the UK, released by The Criterion Collection. The picture and sound quality are immaculate, as is to be expected from the label.

It’s not a huge amount of material, when compared to some of Criterion’s releases, but the interviews and essays are all valuable resources. The interview with Kiarostami himself is more generally focused on his work and beliefs rather than Taste of Cherry itself, but it’s still recommended viewing to help understand what makes him tick.

The ‘Project’ film is interesting, providing a look at a sort of ‘demo’ version of Taste of Cherry. It includes quite a lot of footage from the finished film though, which is a little confusing. Perhaps it was compiled afterwards to compare the tests with the end result. There is some behind the scenes material in there too, which might suggest the director also originally intended more fourth-wall-breaking sequences than appeared in the end.

I didn’t get a copy of the booklet to review, but I found the essay on the Criterion Collection website and, like the features on the disc, it goes a long way to help better appreciate the film.