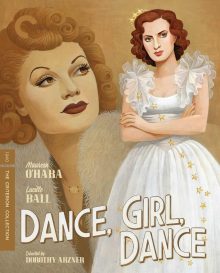 In 1938, Walt Disney Studios won the Best Animated Short Oscar with a wonderful film called Ferdinand the Bull. It told the story of a peaceful, flower-loving bull whose refusal to engage with a matador completely undermines and derails a bullfight. Ferdinand the Bull’s simple pacifistic message was somewhat undermined when in 2017 Blue Sky Studios stretched the story out into a 108 minute feature, adding all sorts of muddying plot points to the detriment of the story. Though both films were notionally based on the same text by Munro Leaf, Disney’s seven minute short was a small but perfectly formed piece. Everything else that Blue Sky brought to the story was just noise.

My intention in bringing up Ferdinand the Bull was to illustrate that sometimes smaller can be more beautiful. This is the message that echoes in my head whenever I see the crackling radio tower that was the opening logo for RKO Radio Pictures. RKO was the smallest of the big five studios of Hollywood’s golden age and this is frequently visible in the more limited production values but there’s a special kind of intimacy to an RKO film, a feeling of glamour hard won but all the more satisfying for the extra effort. This satisfying smallness is prominently on show in Dorothy Arzner’s cult classic Dance, Girl, Dance. 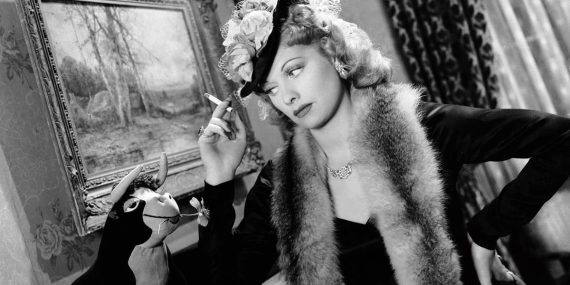 My use of Ferdinand the Bull as a metaphor was not a completely arbitrary choice. Ferdinand himself appears as a character in Dance, Girl, Dance, a symbolic stuffed toy passed between lovers, his very presence emblematic of the film’s scaled down appeal. And yet, while Dance, Girl, Dance may seem smaller in many ways than the epic celluloid sensations of rival studios, in several ways it is much bigger. The brassy boisterousness and tongue-in-cheek artifice that Arzner uses so well contributed to making an initial critical and commercial flop into a latter day camp classic. You don’t have to watch Dance, Girl, Dance for long before you see some of the worst back-projection ever put on screen or witness one of the most hilarious tragic death scenes of all time.

Dance, Girl, Dance tells the story of Judy O’Brien, an aspiring ballerina whose dreams of stardom are cut short by the death of her mentor, her own self-doubt and the interference of her shrewdly opportunistic friend Bubbles. Running away from an audition when she is intimidated by the quality of the other dancers, Judy is recruited by Bubbles to dance ballet in the burlesque club at which Bubbles, under her new pseudonym Tiger Lily, is now the star attraction. But what seems like a kind offer turns out to be a poisoned chalice when Judy discovers she is there as the stooge, intended to be heckled, jeered and booed by a crowd of boozy men hungry for something raunchier. 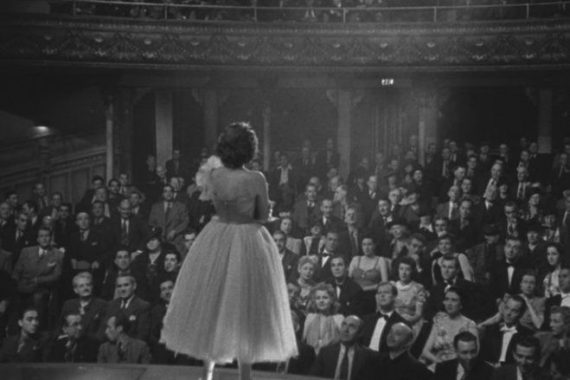 As well as being recognised as a film that deliberately leans into camp rather than accidentally stumbling into it, Dance, Girl, Dance has also been hailed as an early feminist classic. Arzner was certainly a trailblazer, carving out a career that spanned decades when there were no other female directors working in Hollywood. And though it does hit some conventional story beats here and there, Dance, Girl, Dance also distinguishes itself by the unusual climaxes some of the characters reach. The ending given to Lucille Ball’s Bubbles is particularly unconventional and brilliant.

This is as good a time as any to bring up Ball because it is her fantastic performance that steals the film. While Maureen O’Hara’s Judy gets the plum scene in which she gets to berate a roomful of men for their lascivious treatment of women, it is Ball who ignites the screen with her relishable bad-girl turn. Though she never quite became the film star she could’ve been, Ball’s quirkiness that filmmakers found so difficult to pin down paid dividends on the small screen, where her hit show I Love Lucy would make her arguably more famous than the big screen contemporaries to whom she often ended up playing second fiddle. Dance, Girl, Dance is that rare opportunity to see her in a film role worthy of her talents. 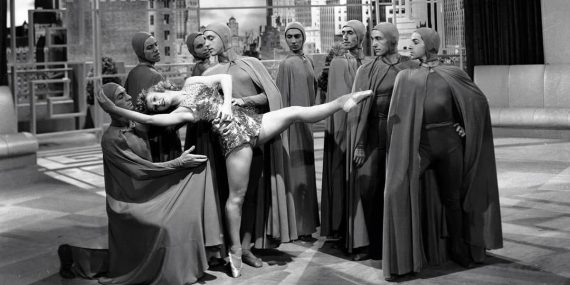 If handled wrongly, Dance, Girl, Dance could’ve been a terrible film and, indeed, was mistaken for one by most critics of the era. But it now feels like a film ahead of its time, making a virtue of its limitations and disguising its numerous ingenious tricks behind a curtain of campy excess that is wholly appropriate for the subject matter. Had a male director made the film, it is almost inevitable that they would’ve lost the feminism in amongst leering set-pieces but Arzner manages to present the burlesque scenes in a completely unexploitative manner while never making them seem inauthenticly sexless. Likewise, the scene in which Judy witnesses the rehearsal of a big production number manages to slip an elaborate dance routine into a film that didn’t ought to be able to comfortably contain it. The effect is dreamlike, wholly appropriate for a sequence seen through the eyes of a starstruck wannabe.

Dance, Girl, Dance is destined to remain something of a cult attraction as it would be easy for the casual viewer to mistake its charms, innovations and daring for bad filmmaking as so many (predominantly male) critics did upon its release. But for those who tune into its particular brand of genius, it looks more and more with the passing of time like one of the crown jewels in the RKO canon.

Dance, Girl, Dance is released on Blu-ray by Criterion on 29 June 2020. Special features are as follows:

– New, restored 4K digital transfer, with uncompressed monaural soundtrack on the Blu-ray
– New introduction by critic B. Ruby Rich
– New interview with filmmaker Francis Ford Coppola
– English subtitles for the deaf and hard of hearing
– Plus: An essay by critic Sheila O’Malley