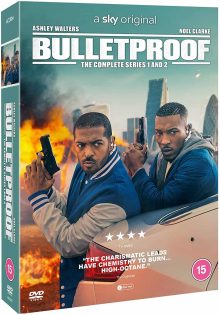 Originally airing on Sky One, Bulletproof (which is created by stars Noel Clarke and Ashley Walters along with director Nick Love) is a different beast to many recent British police dramas. Instead of the complex, gritty storylines that we have become used to with the likes of Line of Duty and Luther, what is presented here is a throwback to the buddy cop films of the 80s and 90s, with Bad Boys and Lethal Weapon being obvious touchstones.

Bishop (Clarke) and Pike (Walters) are detectives in the National Crime Agency, racing around the streets of London in flash cars taking down criminals. They’re also childhood friends, even though they couldn’t be more different. Pike is the son of a middle class police commissioner (Clarke Peters), and is happily settled down with a wife and kids. On the flip side, Bishop was a foster child who came through the system and could easily have fallen on the other side of the law. 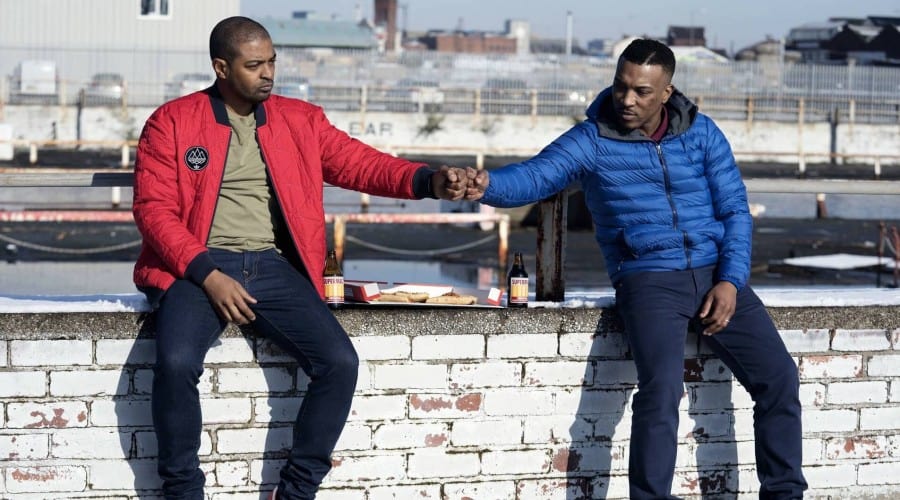 Series one is mainly villain of the week fare, although it does have an underlining subplot about police corruption and conspiracies. Series two abandons this approach to provide an eight part story that sees the pair go undercover to infiltrate the Greek-Cypriot mafia. As such, series two is the strongest, although recasting of previous characters and a whole new support team for Bishop and Pike does mean it takes a little while to settle in.

Director Nick Love delivers impressive action set pieces even on a TV budget. There are plenty of gunfights and explosions to keep most action fans entertained, but it is the car chases that thrill the most. Britain has always produced the best stuntmen for Hollywood and its good to see that TV is keeping up that tradition. 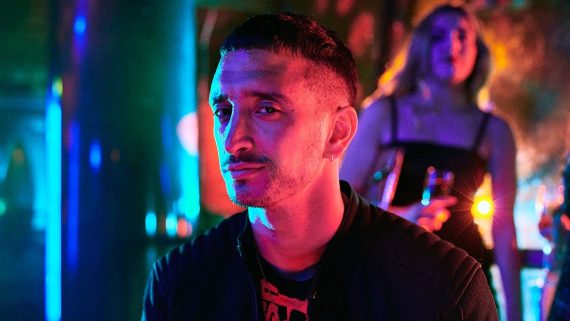 As exciting as the action sequences are, Bulletproof could easily fail if the actors’ performances weren’t up to par. Thankfully, Clarke and Walters are both charismatic performers and the central friendship is highly believable. The chemistry between the two onscreen is obviously an overspill of their real life friendship and some of the dialogue is natural enough to suggest there is plenty of improvised banter included. Clarke is the stronger actor of the two and plays the more three-dimensional character, able to demonstrate comic timing alongside his more dramatic acting chops.

Bulletproof is not the greatest police TV series out there by a long shot, but it is good escapist entertainment. Perfect Saturday night viewing (although Sky aired it mid-week), it doesn’t tax the brain too much and doesn’t leave you awake at night trying to figure out who ‘H’ is…

Bulletproof – Series 1 and 2 is released on DVD by Acorn Media International.