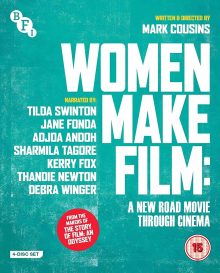 One of my favourite documentaries of all time is Mark Cousins’ The Story of Film: An Odyssey. A sprawling, 15-hour film (or series, depending on how you class it), its manifesto was to show an alternative world history of cinema, that didn’t solely focus on the big Hollywood players and handful of other usual suspects. It was an astonishing and eye-opening achievement that was mana from heaven for a film buff like myself.

As you might imagine then, I was thrilled to hear that Cousins was working on another similarly exhaustive 14-hour documentary with a similar goal of readdressing who and where we look to, to celebrate great cinema. This time, the focus is purely on female directors though, in Women Make Film: A New Road Movie Through Cinema.

Before any gammons out there tut and groan about snowflakes jumping on bandwagons, Cousins and his team started work on the project a good while before the #MeToo movement. The film wasn’t commissioned by a governing body with targets to meet. In fact, they didn’t originally have any external funding, though they picked up support from Tilda Swinton, Dogwoof and others further down the line. Instead, it was a case of Cousins and his associates, who had worked on The Story of Film together, feeling passionate about the underrepresentation of women in the history of cinema, and wanting to address the fact. 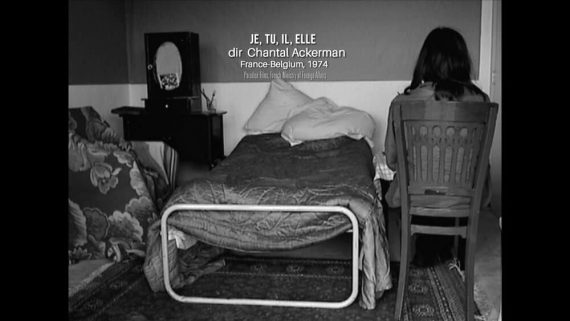 Cousins didn’t want to discuss female filmmakers as victims though, as he felt that would be further victimising them, in a way. Also, many female filmmakers the team had spoken to in the past had expressed how they were tired of being asked about being ‘women filmmakers’. So Cousins and his team decided to instead just focus on women as filmmakers.

It’s not a chronological history like The Story of Film, but rather a detailed look at how to make a great film, using the work of female directors as examples. It’s split into 40 chapters, each examining different factors or elements of a film, for instance ‘openings’, ‘tone’, and ‘believability’. Cousins sums it up nicely in calling it “a film school of sorts, in which all the teachers are women”. So anyone studying film or with a desire to do so will find this an invaluable resource.

As in Story of Film, Cousins is great at explaining why the sequences he shows are noteworthy. His analyses are clear and largely concrete. It rarely sounds like he’s reaching for forced points, so I found a lack of pretension in his voiceover, even if he gets a touch flowery at times.

Due to this, even without the female filmmaker angle, it’s a clear, thorough and engrossing lesson in the art and craft of filmmaking. This is Cousins’ goal, to reinforce the fact that great female directors are as much masters of the craft as great male ones are. 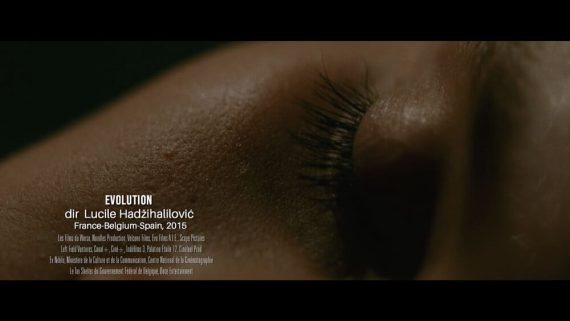 There are times, as you watch through the documentary, when you might forget the point being made, but little reminders keep bringing you back. Cousins doesn’t present an openly angry damnation of the lack of space given in the history books to female filmmakers, but you can find yourself getting frustrated when you witness some stunning examples of films that deserve to be much better known. Cousins makes sure he reinforces his manifesto in the final shot though, when his camera finally exits the car and brings us to the unassuming gravestone of the first female filmmaker, Alice Guy-Blaché. It doesn’t even have an erect headstone, just a small stone set in the ground in a generic, filled graveyard. It’s a quietly powerful statement to end on.

If you wanted to level any criticism at the film you could argue that it’s a bit too director-focused. There are arguments against the auteur theory and it might have been interesting to hear about female cinematographers, editors, producers etc. but the film is sprawling enough as it is, so expanding or complicating the focus wouldn’t necessarily be an improvement.

Cousins said he wanted to avoid some of the more famous films, though the work of more well-known female filmmakers like Kathryn Bigelow, Agnes Varda and Jane Campion is included. Overall, I’d heard of quite a few titles but around half of them were completely unknown to me. That’s one of the great pleasures of watching Cousins’ film history documentaries – discovering a treasure trove of lost classics. Though it’s an equally depressing experience as so many are unavailable, other than on ropily digitised YouTube copies that are barely watchable. It’s further evidence of how poorly treated the work of female directors has been over the years, though you could argue this is also a world-cinema issue. 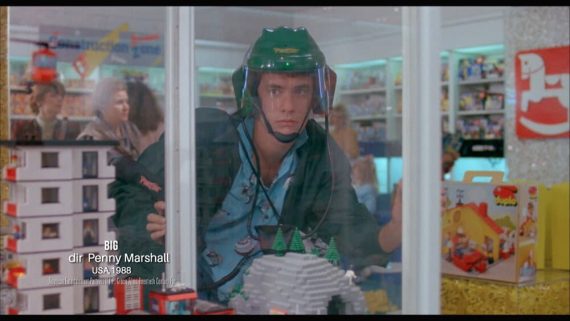 The amount of research that must have gone into this is staggering. According to the ‘Making of’ Cousins had a couple of team-members researching extra films for him, beyond what he had in mind already and would send him clips of suggestions. I don’t envy whoever had to source all these clips and get the rights though.

The documentary has a very simple style, like The Story of Film, largely made up of clips from films, with a voiceover discussing them. Occasionally dash-mounted camera shots of a car driving on unnamed roads are used too or shots of our narrator sat in a car, largely in-between chapters. There are no talking heads or interviews with filmmakers. This straightforward presentation allows you to focus on the films themselves. It gives the documentary the feel of a lecture or visual essay.

One notable difference to The Story of Film is that Women Make Film is narrated by a number of respected actresses and female directors, rather than Cousins himself. This feminine perspective makes sense (though you could argue it’s hiding the fact the film was written and directed by a man), or maybe this decision was due to the criticism his own delivery occasionally garners. 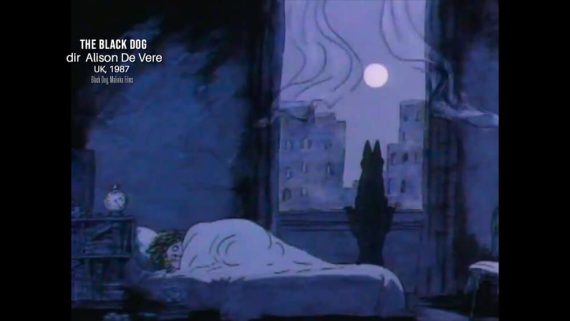 Away from the content and importance of the project, the film is simply a pleasure to watch (at least for someone like myself, who is interested in film history, production and theory). The length will put off many, but the Blu-ray separates each hour into episodes with their own credits (presumably ready to screen on TV as a series), so you can watch it in digestible chunks. I found it easy to get lost in the documentary and got through 3-hours in one go on a couple of nights.

Once again then, Cousins has delivered a monumental ode to the magic of cinema that helps us appreciate and understand how that ‘magic’ is made. Like before, he’s also showing us that the magicians aren’t just members of the Hollywood boys club we all know and worship. He doesn’t bore with us with any angry lectures to make this point though. He lets the work do the talking, and what work!

I missed the film as soon as the credits rolled, hoping it would carry on. But it will. Women will continue to make films, many as great as the examples given here. Let’s not hide them in the shadows from now on though, please. 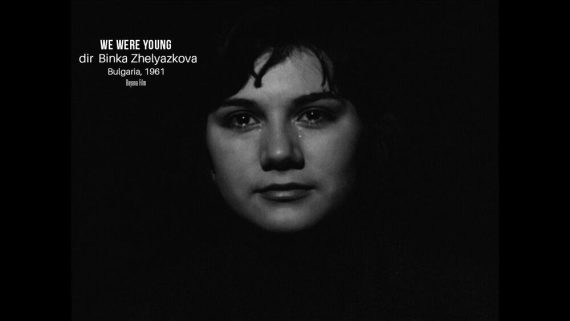 Women Make Film: A New Road Movie Through Cinema is released on 18th May on Blu-Ray in the UK, released by the BFI. The picture quality is hard to judge as, due to the wildly varied nature of the source material, the standard veers between shockingly bad digitized prints of rare titles to crystal clear transfers of more commercially accessible films. The same goes for the audio quality. You couldn’t expect Cousins’ team to source negatives of all the featured titles and digitally remaster every one though, so there’s no reason to be up in arms about the picture quality. It’s likely as good as it can be, given the circumstances.

The ‘Making of’ provides a concise look at what inspired the project and how Cousins and his team went about it. It would have been nice to get a longer piece on this, but he fits a lot into the 13 minutes.

The Q&A is quite backslap-heavy, but rightfully so and provides illuminating thoughts about women in film and the role of the film.

Together, is a beautifully made, poetic and humanist bonus film included in the package. It’s a work of fiction but has a documentary feel to the visuals. The soundtrack is more unique though, playing with the deafness of its protagonists. It’s not totally silent, other than in a couple of moments, but avoids clear dialogue. It offers an engrossing snapshot of the east end of London at the time too. It’s a fantastic bonus feature. These mid-length films aren’t well served on disc, directed by women or otherwise, so it’s good to see one here, particularly of this calibre and it’s featured in Cousins’ documentary so is a more-than-relevant inclusion.

The booklet provides a further celebration of the film, as well as brief thoughts on the lack of exposure of female-directed cinema and where to go next. There are some interesting notes on the director of Together, Lorenza Mazzetti, too and a handy list of all the films and filmmakers featured in the documentary.

* The stills featured here are taken from the film’s website, womenmakefilm.net which lists all of the films used in the documentary, divided into its chapters.