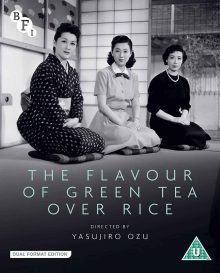 Tom Milne (in the included booklet) talks of how Ozu’s films are “at once the easiest and most difficult to write about”. I had similar worries when approaching this review. I love Ozu’s films, but they’re often great for similar reasons and his work has been written about countless times. In fact, I’ve reviewed 11 of his films here over the years, through a handful of boxsets. Ozu largely stuck to the same family drama genre, with a similar style, similar settings and even often the same actors. This could be seen as a criticism, but he made it work. I’ve never been disappointed by any of Ozu’s films, other than a couple of early comedies he made before he hit his stride. So, regardless of any worries I might have had about approaching a review, I couldn’t resist taking the BFI up on an offer of a screener for this newly remastered release of Ozu’s 1952 classic, The Flavour of Green Tea Over Rice, as part of their Japan 2020 season (see below for more details).

The Flavour of Green Tea Over Rice was originally devised and written around 1939/40 but Shochiku, the studio Ozu worked for, vetoed the film as it wasn’t deemed patriotic enough during the war. It was picked up and tweaked to fit after the war though.

The story centres around Taeko (Michiyo Kogure) and Mokichi Satake (Shin Saburi), a childless middle-aged couple whose marriage is growing stale. Taeko sneaks off with her friends for a break where the married women in the group poke fun at their husbands. She calls Mokichi ‘Mr Bonehead’, due to how easy he is to trick into letting her go away for the weekend, and due to what she sees as a lack of personality. In reality, he’s not quite so gullible but doesn’t seem to care what his wife does anymore. 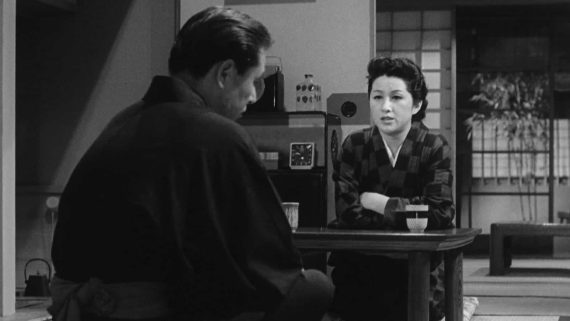 Running alongside this story is that of Taeko’s niece Setsuko (Keiko Tsushima), who is due to be pushed into an arranged marriage. Setsuko is a modern woman though and believes the practise is barbaric, so she tries to get out of it. After hearing Taeko badmouth her husband, she expects her aunt to side with her, but Setsuko is shocked to find Taeko actively approving the arrangement. When Setsuko ducks out of a ‘date’ with her intended husband, she heads to a pachinko parlour with Mokichi and meets his younger friend Noboru (Kōji Tsuruta). Setsuko and Noboru seem to have some chemistry but neither thinks anything of it, at least at first.

The subject matter then is typical of Ozu, with a subtle plot that’s low on grand melodrama and hits on themes common to most real lives, particularly in Japan at the time. He’s always been interested in nostalgia and here Mokichi provides this through his longing for the simple life he used to have before he moved to the big city and began living a middle-class life with servants and such. Ozu’s films are usually light on big dramatic incidents but lead to one emotionally powerful, yet generally understated point. The climax here, which makes sense of the strange title, makes this yearning for simplicity the key proponent in solving the fractures of the central relationship. I won’t explain this in too much detail though, for those that haven’t seen the film. 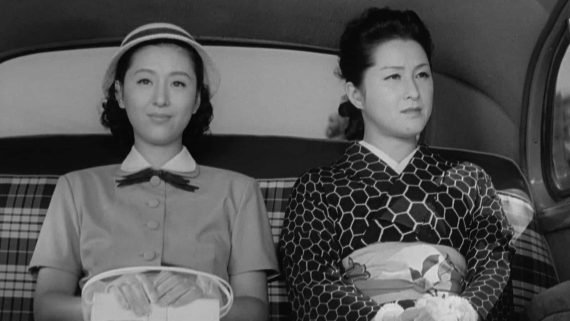 There are also quite a lot of references to the modernisation of Japan and we see how different characters react to it. The relatively new at the time pachinko parlours are discussed a lot for instance, with the younger characters drawn to the excitement of them, whilst the older generation worry it’s too addictive and shallow, yet one such detractor is the owner of the parlour they visit.

The US was occupying Japan at the time and whilst there aren’t any bold political statements made about this, the contrast between modernity and traditionalism in the film is often reflected in western influence. This is used to show differences between the central couple too. Mokichi wears a western suit to work but falls back on traditional Japanese ways when comfortable at home. Taeko, on the other hand, is more modernised in her styles and interests and has a particularly western-styled bedroom.

It’s little touches like this that show what Tony Rayns (in his commentary track) calls Ozu’s ‘nano-level of detail’. The director exercises restraint at every level. On top of the quietly unfolding drama, he avoids excessively stylised compositions and special effects (he’s only even used dissolves/wipes in one or two of his early films), keeps production design simple and rarely moves his camera. Here we get a couple of small pushing in and out shots of the couple’s living room, but that’s about it. Rayns believes visual patterns like these in the film are there to reflect the repetitive drudgery of everyday life for the couple. That’s where the ‘nano-level’ details come in. The outward simplicity of everything masks the fact that Ozu hides seemingly minor touches in the film that help create something greater than the sum of its parts. You see or rather feel this in an Ozu film when it reaches its emotional climax and you find it hits you harder than you might expect from such a humble build-up. The Flavour of Green Tea Over Rice is no different, with the making of the titular meal providing a beautifully poignant moment. 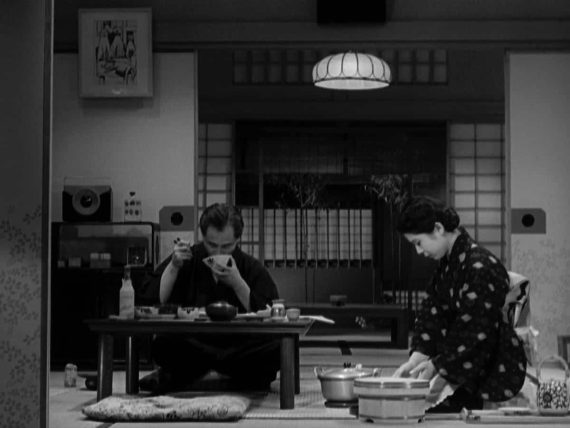 I’ve found a few other Ozu films more powerful though, it must be said. There’s a light, slightly comic tone that prevents the film from having a great emotional impact, but it makes for an easier watch than something like Tokyo Story that feels rather slow, despite delivering a more affecting final act. The tying up of story strands in The Flavour of Green Tea also seems a touch too neat, with a coda where Taeko speaks more highly of her husband to her friends feeling a little on-the-nose. The predicted outcome of the Setsuko and Noboru pairing is left a little more open though, which was a nice touch.

I’ve noticed this review is filling out more than expected, so perhaps my worry about reviewing another Ozu film was unfounded and I should tie things up.

The Flavour of Green Tea Over Rice is perhaps not Ozu’s best film, but even mid-range Ozu is recommended viewing. Elegant, quietly touching and even a little funny at times, it’s another carefully orchestrated masterclass in understated drama from one of cinema’s greatest craftsmen. 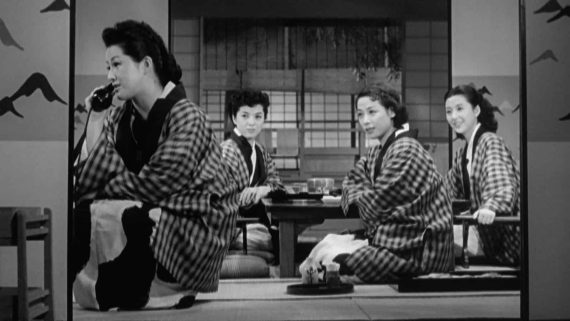 The Flavour of Green Tea Over Rice is released on 18th May on Dual Format Blu-Ray and DVD in the UK, released by the BFI. It’ll also be simultaneously available to stream or buy via iTunes and Amazon Prime. From 5th June 2020 it’ll also be available on the BFI Player within a collection of 25 Yasujirô Ozu films released on BFI Player’s Subscription service as part of JAPAN 2020, a major new BFI season launching this month (more details can be found here – https://www.bfi.org.uk/japan).

I watched the Blu-ray version. The picture is slightly soft perhaps and I noticed a slight judder at times, but there’s a good dynamic range and the print is relatively free of damage. The sound is solid too.

– Re-mastered at 4k and presented in High Definition for the first time in the UK
– Feature-length audio commentary by critic and Asian-cinema expert Tony Rayns
– Alternative unrestored audio track
– The Mystery of Marriage (1932, 34 mins): educational filmmaker and pioneering female director Mary Field draws peculiar and poignant parallels between the mating rituals of humans, animals and mould in this eccentric, entertaining educational film
– The Good Housewife ‘In Her Kitchen’ (1949, 9 mins): the fourth wall is shattered in this imaginative public information film, filled with good advice for kitchen users – whether they have a refrigerator or not
– ***FIRST PRESSING ONLY*** Fully illustrated booklet with archival essay by Tom Milne, and writing on the archive films by the BFI’s Vic Pratt and full film credits

Tony Rayns’ name is always a welcome sight in any list of special features and he doesn’t disappoint with his incisive commentary track.

The two archive shorts are fun. ‘The Good Housewife ‘In Her Kitchen’’ is amusingly dated in its hygiene advice (would you clean raw meat with your dishcloth?!) but it has a nice post-modern slant. ‘The Mystery of Marriage’ is an amusing and actually quite fascinating nature documentary.

The booklet is impressive, packing 25 pages with writing on Ozu and the short films in the set. Strangely though, Milne makes no mention of The Flavour of Green Tea Over Rice in his essay, instead dissecting Ozu’s style through a small handful of what he considers some of his best and weakest films.