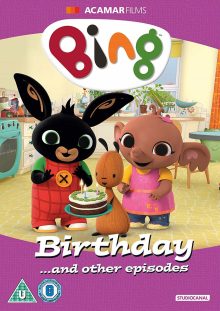 The popular CBeebies programme Bing used to be most notable for featuring the Oscar-winning and knighted actor Sir Mark Rylance in its voice cast. Once they got around to season two last year, however, he’d moved on to bigger and brighter things so he’s since been replaced by David Threlfall. So now we’re simply left with another kids TV programme loved by pre-schoolers but, from my experience, hated by parents.

For those unfamiliar with the show, Bing sees the titular toddler (a bunny rabbit voiced by Rafferty Railton) get up to the usual antics of a child his age. Cared for by Flop (Threlfall), who, along with the rest of the parents and carers in his world, is strangely much smaller than him, Bing regularly gets upset about something not going his way and has to learn how to deal with the situation. There’s always a quick recap presented by Bing at the end, summarising what happened and what he did to get back to his happy self again, then Flop declares how the issue is “a Bing thing”.

I normally wouldn’t touch a Bing screener with a 10-foot pole, but my kids enjoy the series so I thought I’d treat them to a binge-watch. They’ve been away so I didn’t get the chance to record another podcast with their thoughts, but I’ll give my take on the series. 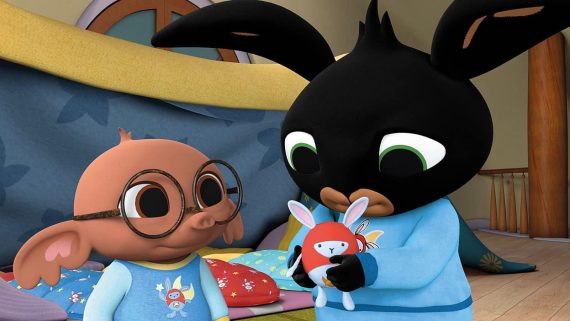 This recent viewing of the new DVD hasn’t done much to change my stance on Bing unfortunately. Its lead character veers between annoyingly chirpy and caustically whiny, the message is bluntly on-the-nose every time, and the parents/carers are always insipidly calm and cheerful. OK, so an animated kids programme is never going to unveil the reality of bringing up a toddler, but where I think Bing fails in comparison to many series aimed at the same age-group, is that it lacks creativity and drama. Rather than weave its advice on dealing with childhood issues into a compelling narrative, its played out bluntly and blandly. With such a short episode length (7 minutes) and the very young age of its audience, this simplicity is perhaps necessary, but it doesn’t make for a very entertaining or engaging watch, particularly for parents.

However, my girls like Bing. It’s not their favourite series and they rarely choose to watch it on iPlayer or Netflix, but they’ll always happily watch it when it’s on CBeebies and easily sat through this 70-minute disc in just 2 sittings. 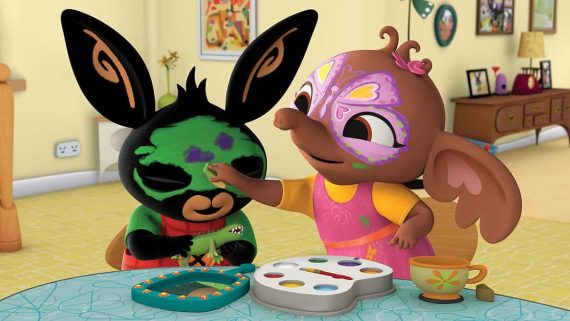 So, although I’d never thoroughly recommend Bing, I wouldn’t damn it as awful because it works for its target audience. The simple life lessons it teaches are often important too, even if the way they’re dealt with is laughably free of the actual tantrums and fighting a parent would realistically have to traverse to get the same result.

Bing – Birthday …and Other Episodes is out now on DVD in the UK, released by Studiocanal. The picture and sound quality is very good for an SD release, with colours coming through nicely and a pretty sharp and detailed image. There are no video special features on the disc, but the set will include a brand-new activity booklet, as voted for by fans on the Bing Facebook page. I didn’t get a copy of that to comment on it.