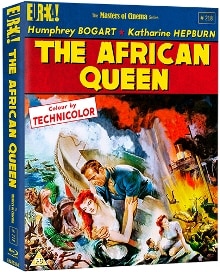 Rose Sayer and her brother Samuel (Hepburn and Morley) are prim and proper British missionaries attempting to bring Methodist sensibilities to the village of Kungdu in German East Africa in 1914. They receive occasional supplies, mail and news from coarse, slovenly Canadian engineer-turned-boat captain Charlie Allnut (Bogart), who informs the pair about the outbreak of World War I. Shortly afterwards the village is ransacked, the church is burned down and the villagers are conscripted into the German ranks. When Samuel passes away from fever-induced delirium, Rose has no choice but to attempt to flee Africa aboard Charlie’s boat, The African Queen. The unlikely duo initially do not take too kindly to their polar opposites in such confined quarters, but soon learn to not just rely on one another, but that maybe opposites really do attract. 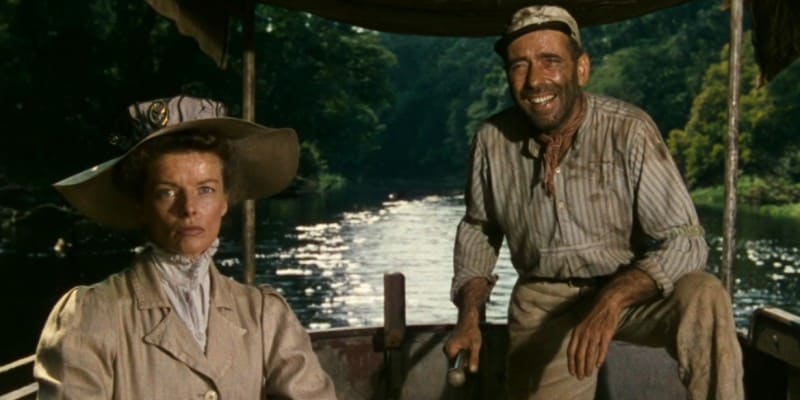 I requested the honour of reviewing The African Queen as part of a personal project to watch and chronicle my thoughts on every film ever added to the book series 1001 Movies You Must See Before You Die, of which The African Queen is a proud member. In fact, it appears on many lists of the greatest films of all time, including the AFI’s 100 Greatest American Films, and was admitted into the United States National Film Registry in 1994. So it’s fair to say I approached this first viewing with relatively high expectations, buoyed by the triple whammy of Humphrey Bogart, Katharine Hepburn and director John Huston, and for the most part those expectations were not just met, but exceeded.

On paper this could be read as just another clichéd across the tracks romance between a refined yet repressed town mouse and the uncouth, unshaven, unsophisticated lout she is forced to tag along with, but there’s so much more going on here than just the traditional fare of looking beyond the surface and learning to not just accept their differences, but love them. The wartime setting, coupled with a quickly established goal of launching an attack on a German vessel guarding a lake downriver, provides some welcome purpose and narrative drive to their adventure, so the otherwise standard implausibly fast romance becomes an episodic series of obstacles to overcome, thereby heightening the stakes of their predicament and forcing them together ever more intensely.

The chemistry between Bogart and Hepburn is near unparalleled. They spark off one another wonderfully, and indeed the acting from both is impeccable. Bogart would go on to win his only Oscar for this performance, and Hepburn was nominated too. Their characters are very well defined and distinguishable, without being the broad, unlikeable caricatures that can be seen elsewhere. So whilst Hepburn’s Rose is initially silently dismayed at Charlie’s uncontrollably gurgling stomach as he sits down to tea, and outright appalled at his blatant gin consumption, there are hidden depths to her character that reveal themselves once she begins to experience elements of adventure otherwise outside of her comfort zone. Similarly, Charlie comes off as a bit of a ruffian, but is quick to offer assistance with the burial of Samuel, and is chivalrous enough to allow Rose the only covered area of the boat to sleep in whilst he endures the harsher elements. 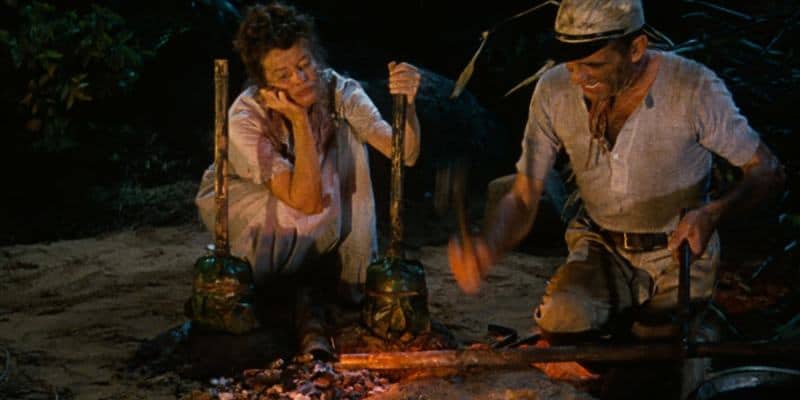 Their collaboration is, I believe, best shown in what is perhaps my favourite scene of the film, when the boat’s propeller shaft is bent and a blade is snapped during a set of rapids. Charlie is soon to announce the machinery as irreparable and bemoans their lack of any hope at carrying on, but to Rose that simply isn’t an option, and she slowly, methodically talks him around to finding a solution between them and proceeding to accomplish it. I come from an engineering background, so this kind of thinking is just delightful to see, and the natural way the pair bounce off one another makes it all the more entertaining.

The only real downside is the film was so influential that many of the elements, particularly the odd couple pairing undergoing an eventually romantic survival adventure, have been used many times since, but even then rarely has it been accomplished as effervescently as here. The most prominent example that springs to mind is Indiana Jones and the Temple of Doom, with the gruff adventurer Jones being joined by the high society nightclub singer Willie Scott, but whereas Scott is one of the most grating characters to ever appear on screen (I have no bad words to say about Indiana himself), Rose and Charlie are much easier to love, with charming flaws and generally positive attitudes despite often seemingly inescapable predicaments. 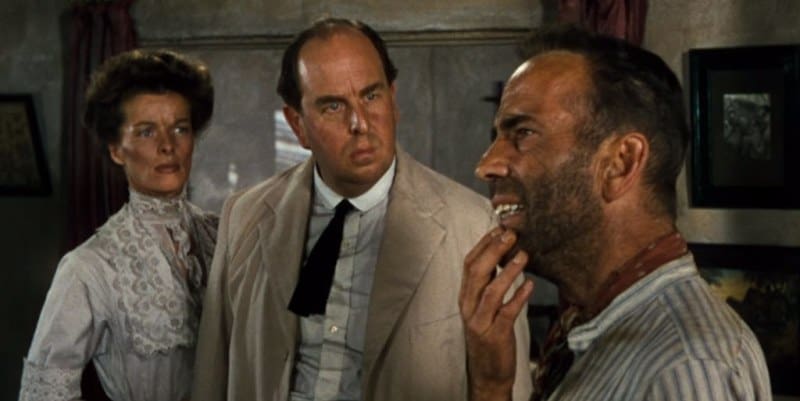 The production woes are infamous – Huston and Bogart were allegedly the only members of the cast and crew not to succumb to sickness, as they were both inebriated for much of the shoot, whilst Bogart’s wife Lauren Bacall acted as a nurse for many of those who were sick – yet this film strives above even those to become a definite American classic.

The African Queen has been recently released on Blu-Ray by Eureka. The restoration includes a boat-load of bonus material including an interview with esteemed critic Kim Newman, and the behind-the-scenes documentary Embracing Chaos: Making The African Queen.