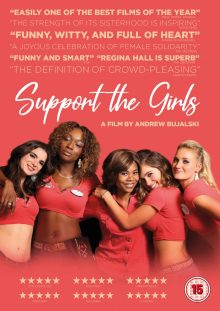 The cult phenomenon that was the Mumblecore movement initially passed me by. A sub-genre of Independent cinema, Mumblecore films were characterised by comparatively low budgets, non-professional actors, naturalistic if often amateurish performances and low-key, dialogue-heavy scripts. When the term Mumblecore began to emerge in the early twenty-first century, I was still immersing myself in the Independent films of the previous two decades, many of which anticipated the Mumblecore aesthetic without necessarily qualifying as early examples of the sub-genre. Like all niche genres, Mumblecore was often ill-defined, was the subject of much fearsome debate among the inevitable purists, was the subject of much derision from its inevitable detractors and was declared dead by many commentators by 2010 as the original crop of Mumblecore directors began to make higher budget films with more well-known names, giving rise to the even more ill-defined term Post-Mumblecore.

Whatever we make of such problematic labels, the do serve as a helpful grouping device for those cineastes like myself who like to impose some kind of order on their film consumption. So when I did eventually get round to dipping a toe in the Mumblecore waters, it was easy to start picking a path, starting with the Duplass Brothers and the many interesting directors who have been given opportunities by their prolific production company. In terms of the bigger Mumblecore picture however, I am still very much a beginner, as evidenced by the fact that I only recently came to the films of Andrew Bujalski, widely considered as the Godfather of the movement. His 2002 film Funny Ha Ha and its follow-up Mutual Appreciation are seen as key texts, with the former hailed as the initiating Mumblecore film. Having watched both these films recently, I came away with mixed feelings. Although I enjoyed the slightly more fleshed-out Mutual Appreciation, I felt Funny Ha Ha’s deliberately aimless examination of recently graduated teens and their awkward entanglements was a world I now struggled to relate to and the film was so deeply immersed in the minutiae of this mindset that I felt unable to properly judge what I was seeing or know if I’d have connected more with it had I seen it at that age rather than as a father-to-be rapidly approaching middle age.

Bujalski’s name is so tied up with the Mumblecore phenomenon that those who had a similar reaction as me to his early work may have been put off delving further into his canon. But Bujalski is evidently a director who has evolved gracefully, retaining his characteristic style but channelling it into new approaches, resulting in the unusual, acclaimed 2013 film Computer Chess, the success of which led to Bujalski’s first semi-mainstream work Results, in which he cast recognisable stars like Guy Pearce and Cobie Smulders. The reaction to this film was fairly muted and Mumblecore purists were no doubt horrified but Bujalski continued down this Post-Mumblecore path for his next film Support the Girls. Support the Girls has a classic American Indie film style which immediately appealed to me and it was amusing to see how many of the director’s original fans saw this change as a “sell-out”. Predictably portions of the Mumblecore audience had taken on the Indier-than-thou approach of the sneering music fan who can always belittle your choice by producing an earlier, rarer, scratchier demo that will make your favourite song seem like the obvious choice. While I can sympathise a little with some of the less vitriolic fans of early Bujalski, having watched some great directors drift to the middle of the road with their later efforts myself, Support the Girls feels like a clear and laudable progression for this director, losing nothing of his keen observational ear but allying it to a more structured, though by no means conventional, storytelling style. The result is a film that applies the incisiveness of Bujalski’s observations to a broader canvas, allowing him to examine issues that affect his whole country rather than one small part of it. That he does this by focusing on a highway-side sports bar staffed exclusively by young women in skimpy uniforms allows him to retain the intimacy that characterised his early work in the process.

Support the Girls mostly takes place across the course of one day, as we follow the General Manager of Double Whammies Lisa Conroy (Regina Hall) through her busy shift in which she has to deal with a group of potential new employees, a broken cable, broken rules by her existing employees, an angry boss, an impromptu fundraiser and a failed break-in attempt that has left the hapless perpetrator stuck in a vent. Buoyed up by her colleagues and friends Maci (Haley Lu Richardson) and Danyelle (Shayna McHayle), Lisa sets about trying to provide the best possible service to the customers she loves while actively supporting the colleagues she loves even more.

Support the Girls benefits hugely from Bujalski’s marvellous script, which avoids the pitfalls of making Lisa a perfect woman planted on a pedestal even as it makes her a hugely admirable, sympathetic and inspiring human being. The film opens with her crying in her car before her shift begins, immediately showing us her vulnerability before we are then shown her ample professionalism, humanism and drive. Her interactions with her colleagues immediately foregrounds Support the Girls’ most compelling theme; the way in which camaraderie and friendship not only gets us through our working days but can ultimately result in the strange paradox of us loving a place we hate. Bujalski also manages to make Support the Girls a feminist film without overplaying that hand. If the film had been released the previous decade, even in exactly the same form, it is easy to imagine it having been lumbered with a lascivious poster with a close up of a pair of breasts in a lacy bra and the implication “SUPPORT the Girls! Get it lads? Hahaha, come see some boobs and pretend you’re enlightened.” Emerging from this all-too-recent milieu, its easy to see why any filmmaker would want to prominently foreground their feminist themes but Bujalski does so with a subtlety that is still rare in male directors. He gives us human beings rather than superwomen and this fallibility makes these terrific characters no only more believable but, as a result, more readily admirable too.

Mention must be made at this point to the fantastic cast and the success Bujalski’s script very much depends on their performances. Had Support the Girls been made at the height of Mumblecore and adhered to that rigid aesthetic, this film would have failed to come alive in the way it does when entrusted to Regina Hall, Haley Lu Richardson and Shayna McHayle. This trio of central performances provides extra wit, energy and credibility to the writing, with scenes delivered with comic and dramatic flair that only grandstands when a scene demands it do so. Special mention must go to Hall, whose central performance as Lisa is perfectly pitched and was wrongly overlooked by the Academy during awards season.

Whether you class Support the Girls as Mumblecore, Post-Mumblecore, Independent film, Comedy, Drama or whatever, it is simply an excellent piece of filmmaking. Those who repeatedly cast a judgemental eye over their favourite director’s latest work to check if it complies with the rigid set of requirements they themselves have imposed on it are likely to regularly do themselves out of a pleasurable cinematic experience. Support the Girls instead represents the evolution of an intelligent director who has not let the availability of greater means dim the intelligence, energy or passion that made him catch people’s eye in the first place. If this is the sort of legacy we can expect of Post-Mumblecore then speak up, speak up!

Support the Girls is released on DVD by Bulldog Film Distribution on 21 October 2019.