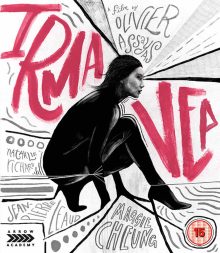 Films about making films are often well received by critics and I must admit I have a soft spot for them myself. Perhaps those writing about film long to be making them instead and see these backstage explorations as a wish fulfilment of some sort. Or perhaps it’s because critics spend so much time watching films and must have started that career/hobby due to a love of cinema, so seeing how films are made has that ‘behind the curtain’ fascination. Irma Vep is such a film, and what makes this one interesting when thinking about critical response is that its writer/director, Olivier Assayas, is one of the numerous French directors who began their working lives as a film critic at the prestigious Cahiers du Cinéma.

Irma Vep sees Hong Kong star Maggie Cheung play herself in this otherwise fictional film. She’s been cast in a remake of the classic French serial Les Vampires by director René Vidal (Jean-Pierre Léaud), who saw one of her martial arts movies and felt she had the perfect physicality to pull off the titular lead role. Not speaking French, Cheung finds herself a fish out of water in this world of bickering, back stabbing and breakdowns. Adding to this, lesbian costume designer Zoe (Nathalie Richard) has the hots for her and René is losing his mind, struggling to realise his vision and curb his violent temper. It’s all in a day’s work for independent French filmmakers, and Cheung cracks on as best she can, maintaining her composure as the production around her falls apart. 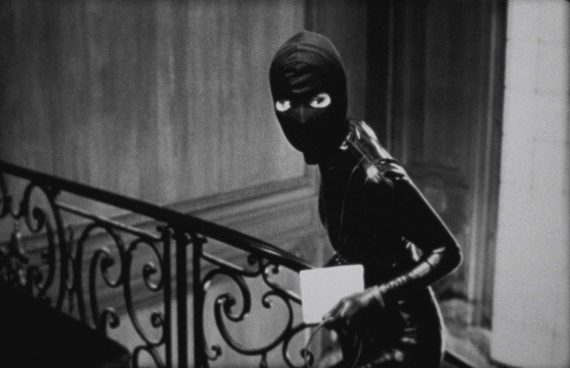 As much as I love a good film about making films, I’m much more hit and miss when it comes to French cinema. I often find them overloaded with tedious philosophical dialogue or ponderous navel gazing at the expense of drama or humour. Luckily, not only is Irma Vep fast paced and full of acerbic comedy, but it makes a point of criticising and lampooning the French film industry for many of the same reasons I struggle to appreciate it. Assayas clearly has a love of cinema, French included, as he includes several clips from the original Les Vampires, which he obviously admires. But at the same time, his characters complain that French films are usually only made for intellectuals and the elite so are never successful. His new-wave inspired handheld camerawork and off-beat sensibilities (including a truly avant-garde finale) suggest he respects his nation’s cinematic history, but his film acts like a call to arms to combine this independent style with more exhilarating and audience-friendly traits.

One way he does this is through bringing Maggie Cheung into the mix. Assayas has described how the film acted as a love letter to her as he found something intoxicating about her physicality and presence. Indeed he married her soon after the film’s production, but in showing a clip of The Heroic Trio, a stylish action movie Cheung had made previously, he also demonstrates a love for the hyperreal, dance-like style of Hong Kong blockbusters at the time. The fictional director in Irma Vep says the clip is the reason he hired Cheung for the part and I imagine this is true for Assayas.

There certainly is something special about Cheung and she proves why she’s one of Hong Kong’s greatest actresses in this demanding role. Yes, she looks great clad in latex through most of the film, but simply in her face and behaviour she exudes an effortless charm and seems so comfortable in herself, despite appearing so out of place in the middle of the chaotic fictional film shoot. She’s wonderfully natural here, but equally has a captivating presence that only a great star and actor can emit.

The narrative within Irma Vep is perhaps slight and the film isn’t necessarily saying anything profound, so it all feels like a quick, throwaway exercise for Assayas. However, this works in its favour, as you are left with a light, yet breathlessly paced and wittily enjoyable satire of the French film industry. I’d recommend it to all lovers of ‘films about films’ or those sick of stereotypical French ‘art cinema’. 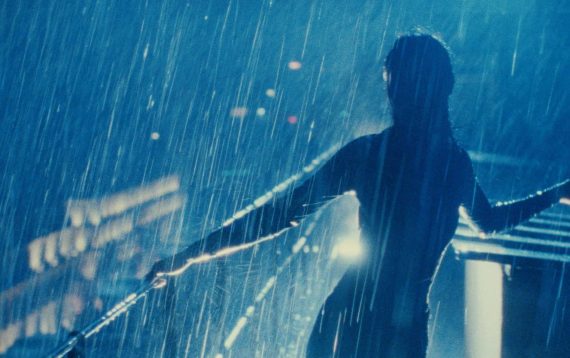 Irma Vep is out on 7th May on Blu-Ray in the UK, released by Arrow Academy. It looks and sounds great, perfectly reproducing the film’s grain and letting the handful of excellent songs on the soundtrack shine.

The commentary is actually a recording of a Q&A with Assayas about his work overall, so Irma Vep is only minimally featured and the discussion doesn’t match what we watch. As such, I struggled to get into it to begin with, particularly as the first 20-odd minutes are a discussion of clips of other films we can’t see. However, once the questions come from the audience it becomes more interesting. With Assayas’ background as a critic I found it particularly interesting to hear about his moving between that and filmmaking.

The ‘On the Set’ featurette is wonderful, particularly when viewed with its own commentary, which is again taken from a different source rather than an actual recorded commentary. This time it focuses more closely on Irma Vep, so acts as the perfect addition to the main feature’s commentary. The interviews are illuminating and honest too. The rest of the features are interesting, but less essential. However, combined they add up to a superb package for a fairly obscure title. Bravo Arrow.