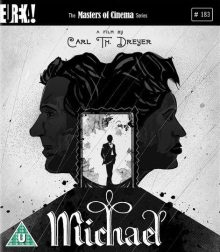 Ezra Pound, the self-appointed high priest of Modernism, declared 1922 to be the first year of a new age.

The epoch preceding it was rigid and brittle, impastoed by centuries of Christian culture.

This version of the future starts with James Joyce’s Ulysses. Lapping the coast of this island in time, we chance upon all manner of disturbed and disturbing phenomena: Freud’s psychoanalysis, Einstein’s theory of relativity, atonal music, Darwinism, the Great War, Nietzsche’s apparent godlessness, cubism.

Among the fragments that T.S. Eliot invited us to “shore against our ruin”, we find, like a message in a bottle, Carl Th. Dreyer’s Michael (1924).

Here is a stuffy, sumptuous world where exotic plants wind their way up Tuscan columns in a blind bid to reach light and air.

Through the huge double doors of a celebrated artist’s apartment we see, in deep focus, the giant bust of Modern Man. All else suggests black lacquered isolation, redeemed only by salons and Oriental pipe dreams. 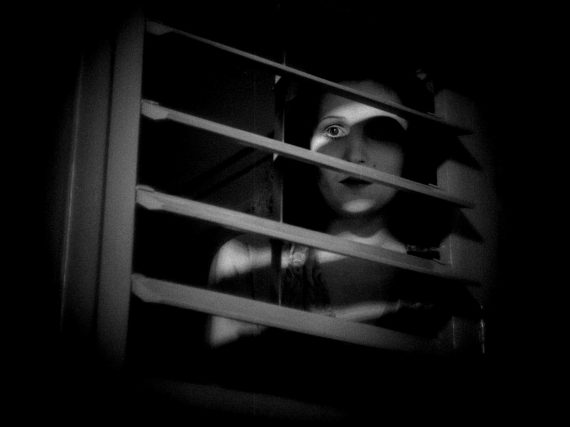 This prison-house of passion forces Michael into a creeping retreat that brings with it the coming on of night.

And so, as the Sun sets, Zoret’s powers go to seed, but only to produce a more fertile ground for one final act of creation.

As the film reaches its climax, it takes an astonished widow to recognise that the artist’s magnum opus could only have been created by someone who’d lost everything.

Zoret’s last words, which also serve as the prologue to the film, are: “Now I can die in peace, for I have seen true love.”

By this time, it is our turn to be astonished. For we marvel at Dreyer’s ability to conduct counterpoint in a psychological study of obsession: the amour fou that destroys while defining us.

What is the dark glamour that accompanies such a dangerous dialectic? For artists, is it the inescapable knowledge that, “the only story that counts is the one you pay for”? If so, almost all of the real risks take place away from the page, the clay, and the canvas. Off-stage.

The Masters of Cinema Series is proud to present Carl Th. Dreyer’s Michael for the first time ever on Blu-ray, from a new 2K restoration.

– Stunning 1080p presentation from a new 2K restoration
– Score by Pierre Oser (piano, clarinet, cello) presented in uncompressed LPCM stereo
– Original German intertitles with optional English subtitles
– Full-length audio commentary by Dreyer scholar, Casper Tybjerg
– An exclusive video essay by critic and filmmaker David Cairns
– An illustrated audio interview with Dreyer from 1965
– A collector’s booklet featuring a new essay by Philip Kemp; a reprint of Tom Milne’s The World Inside Me, from 1971; Jean Renoir’s 1968 tribute, Dreyer’s Sin; a translation of the original 1924 Danish programme; a reprint of Nick Wrigley’s essay from the film’s 80th anniversary DVD release; and a selection of archival imagery.