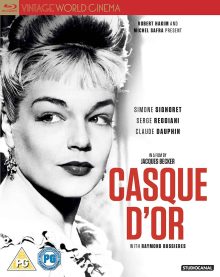 Casque d’Or (1952) is a turnstile between two regions of France: the Belle Époque and the Nouvelle Vague.

The criminally under-appreciated Jacques Becker expertly revolves us from the frou-frous and straw hats of Pierre-Auguste Renoir to the guns and gangs of Jean-Luc Godard.

The action turns sharply when a boating party invades a riverside dance club and the band strikes up a perky number. Those on the floor grip their partner to move with speed and assurance.

That’s when we meet – again and again, like the heaven-sent beam of a lighthouse – the eye of Marie (Simone Signoret).

Each time she whirls, we see her looking for a charismatic young man on the sidelines that the camera can’t help but cut to. Manda (Serge Reggiani) has just been released from prison. He has changed his name and become a carpenter in a bid to find the straight and narrow.

But this unspoken exchange will put him on a different plane entirely, for Marie is ‘married to the mob’. First Roland then Leca (Claude Dauphin) use and abuse Marie in a way that Manda cannot accept. 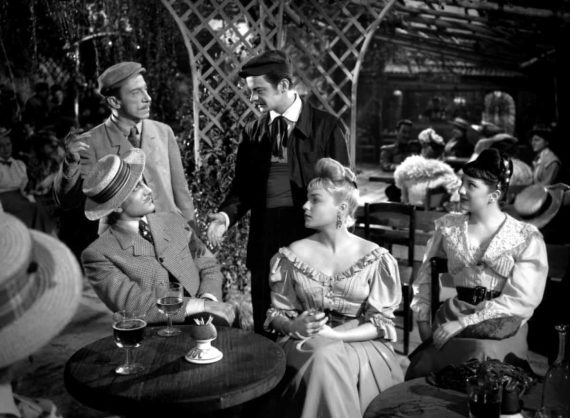 No angel, Marie eats off the blade of a flick-knife that will be used by one lover to kill another.

And yet, despite the implied toughness of the title, Marie possesses a deep weakness for spiritual love. She and Manda are given grace and courage by the force of their feeling for each other – but because this is a modern fable, the enchantment cannot last.

As we are danced back from the rural idyll of Marie and Manda’s lovemaking to the mean streets of Paris, we know a violent denouement is waiting.

When Manda hunts Leca down to a police station, he knows one thing above all else: that by killing him there, he is signing his own death warrant.

The scene where he shoots Leca dead is a masterstroke of ambivalent tension.

Despite his desperate desire to avenge Marie and his double-crossed friend, Raymond, Manda’s face is full of difficulty, of suffering – of compassion, even – as he prepares to pull the trigger. 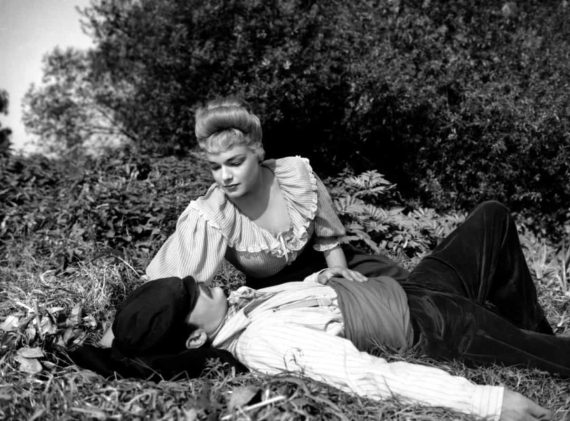 Becker flicks two-fingers to the all-too-tragic ending by supplying a sweet coda, worthy of Ovid.

In the final scene he returns Marie and Manda to the riverside, where we see them dancing. As they revolve away from us, we seem them fading.

Are they crossing a border? Not at home in the Nouvelle Vague, they could be turning their way back to the Belle Époque – that sweeter region of life, love and liberty.