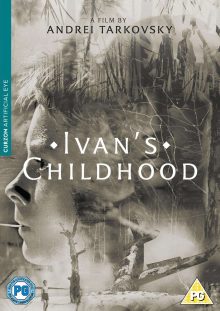 Andrei Tarkovsky is a director whose name has become a byword for the kind of ‘high-art’ cinema that critics tend to love, but your average viewer would gladly distance themselves as far as possible from. I have a hit and miss relationship with that style of filmmaking so you might have thought I would have been hesitant to offer to review his work, currently being remastered and re-released on Blu-Ray and DVD in the UK by Curzon Artificial Eye. However, I’ve only actually seen one of Tarkovsky’s films before, Andrei Rublev, and that blew me away with its spectacular set pieces and striking cinematography. So I’ve been desperate to dig further into his oeuvre ever since and practically leapt at the chance to review Ivan’s Childhood, Tarkovsky’s debut feature and the first of his films to receive the re-release treatment by Curzon Artificial Eye. I’m planning on reviewing the whole set (other than Andrei Rublev due to time constraints and the fact I’ve already seen it not too long ago), so watch this space. 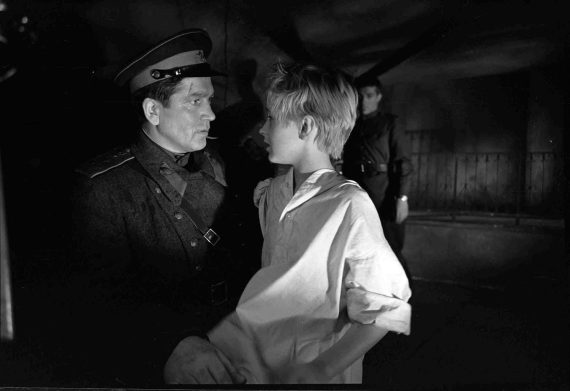 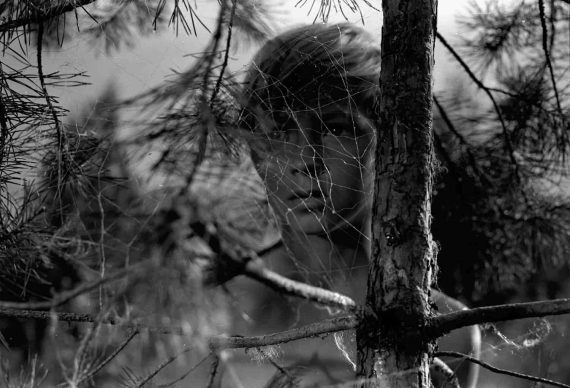 All in all, it’s a true masterpiece that’s hard to fault. Other than some bold stylistic touches that only a first time director might be brave enough to attempt, it’s hard to imagine this is Tarkosky’s debut feature. He seems so in command of his art here already. He carefully controls all of the film’s elements to create something mesmerising and powerful. Here’s hoping I’ll be equally as impressed with the titles to follow.

Ivan’s Childhood is out on 27th June on Blu-Ray and DVD in the UK, released by Curzon Artificial Eye. I saw the DVD version and the film looks and sounds great. The dynamic range is strong for an SD release and there’s plenty of detail with little to no damage evident.

These weren’t on the DVD screener I was sent though, so I believe they’re exclusive to the Blu-Ray version.