Once again I joined members of The LAMB (Large Association of Movie Blogs) for the LAMBcast, hosted by another Blueprint writer, Jay Cluitt. In the episode, I joined Jay, The Vern, Aaron Neuwirth and Will Slater to talk about the film I championed as movie of the month, Grosse Pointe Blank. If you’ve not heard of the film, it’s a 1997 romantic action comedy starring John Cusack as a hitman who attends his ten year high school reunion as it coincides with a job he’s doing. There he tries to rekindle the relationship with Minnie Driver’s character, who he left high and dry on prom night before disappearing off the map. Unfortunately there are several rival hitmen and government agents on his tail, so it all gets a bit messy.

You can listen to the episode through your web browser here.

Or you can find the LAMBcast at iTunes (just search the store for LAMBcast) or head over to The LAMB to find alternative methods of subscribing.

To find out more about the episode itself head here: http://www.largeassmovieblogs.com/2015/07/lambcast-277-grosse-pointe-blank-motm.html 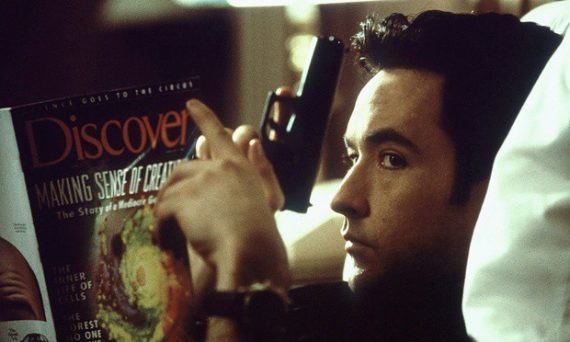