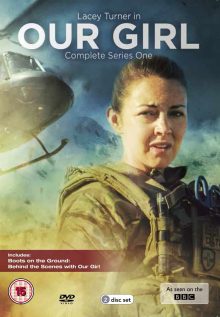 As the UK armed forces deployment in Afghanistan drew to a close this five part series, which centred around the tour of Afghanistan by a female medic is well-timed look at the way this 13-year conflict has affected those who took part in it.

Our Girl is about Molly Dawes (Lacey Turner), a young female medic who is deployed on a six month tour of Afghanistan. Bizarrely this is billed as being the first series despite this being a follow-up to the two-part series last year.

In those two films we saw Molly go from a lazy nobody into an Army medic who was about to be deployed overseas. It could be said that these first two episodes were something of a recruitment ad for the Army, as it showed a young woman who had very few options being able to make a new life for herself and get away from the relative deprivation of east end London.

This series starts as Molly leaves the UK for Afghanistan with her new squad mates. First up is a brush with a soldier who she had a drunken encounter with during her basic training; Smurf (Iwan Rheon). Then, when she lands in Afghanistan, she instantly doesn’t get on with her CO, Captain James (Ben Aldridge).

What follows is at times cliched. Dawes sees a lot of action and gets involved with the life of a young Afghan girl she meets on patrol. This leads to a not that convincing storyline in terms of the action. However, where Our Girl does do well is the way that it shows how these young soldiers have to struggle to cope with what is thrown at them and then come back to the UK with it all still going on inside their heads. 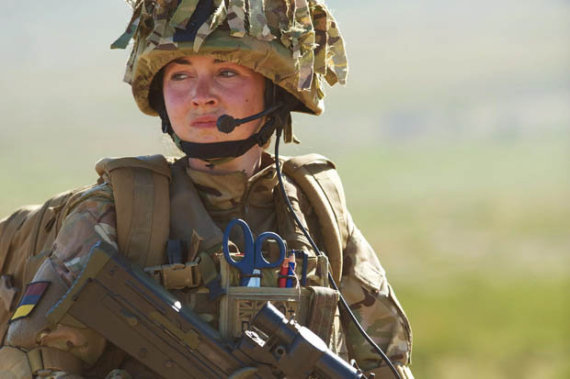 Wars aren’t just about battles, generals and politicians. They are about the boots on the ground, the sons and daughters, husbands and wives. It is a horrible thing and it changes the way that everyone involved with them acts for the rest of their lives. In parts Our Girl is incredibly moving and sheds some small light into what it has been like for soldiers and their families over the past 13 years that the British Army has been in action in Afghanistan.

Thankfully for them it is now over, for the main part, and with programmes like this what they went through during that time is shown for the rest of us to see. Our Girl doesn’t make excuses for why they were there, it just shows everyone that the people going over there were average folks just like the rest of us; they just did a job that put their lives on the line.

If you like your military viewing with lots of bangs and gunfights then give this a very wide berth. If you would rather engage with the personal side of warfare and how it affects those in the middle of it, then this is for you. Great stuff.

Our Girl is out now on DVD in the UK, released by RLJ Entertainment. The DVD includes a behind the scenes look at the making of the series.