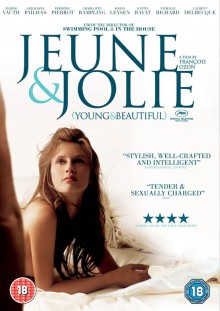 Teenage years are often the hardest both for the person experiencing them and also for those around them, particularly the parents. Jeune & Jolie is the story of one teenager and her family.

Isabelle is 17 years old and on holiday in the south of France with her family. There she meets a handsome, German teenager called Felix. Having had just the one date she has sex with him on the beach. She doesn’t appear to enjoy it and has nothing to do with him afterwards.

When the holiday is over Isabelle and her family return to Paris and Isabelle goes back to school. Losing her virginity clearly has a big effect on her and she then proceeds to embark on a very dangerous and different kind of double life. A double life she keeps separate from everyone, in particular her family.

Marine Vacth in the role of Isabelle is simply stunning. She has perfected the look a teenager can give and her delivery of the sort of cutting remarks that so many teenage boys and girls direct at their parents is excellent.

Géraldine Palihas and Frédéric Pierrot as her mother and stepfather respectively are equally excellent. Her mother has to come to terms with some pretty shocking behaviour from Isabelle, things that not mother would ever want to have to deal with. Then there’s her little brother, Fantin Ravat, who clearly looks up to his big sister. They too appear to have a strange relationship for a brother and sister. 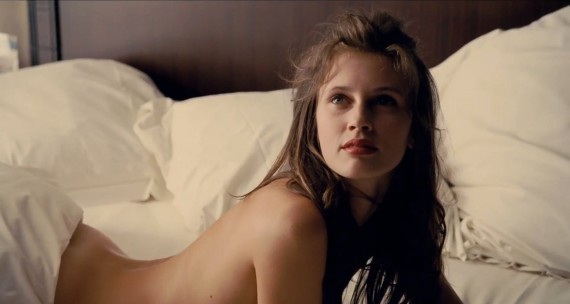 Jeune & Jolie is a truly captivating film and is a joy to watch. The dialogue flows naturally, the characters are all utterly believable, it is one of the best films I have seen in a long time. François Ozon is clearly one of the best writer/directors working in cinema at the moment, I just hope he doesn’t go the same way as so many before him and get dragged into the money-orientated nonsense that is Hollywood.

The subjects tackled in Jeune & Jolie aren’t the typical ones for cinema, but then that’s what we have come to expect from French cinema. It seems to me that clever, well written and well acted films are the norm rather than is the exception with so many films that come out of the Hollywood system.

Jeune & Jolie is out on 24th March on DVD & Blu-Ray in the UK, released by Lionsgate.