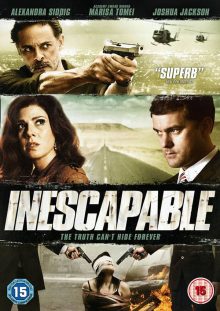 It wasn’t just the world that changed on 9/11. The horrendous attacks have led to a new angle for TV shows and films alike with 24, Homeland and many, many films. Some are good and some not quite so good.

Inescapable is the story of a Canadian businessman with a dark past. All is going well for Adib Kareem until, suddenly, his eldest daughter somehow gets from Greece to his native Syria. Not only that, but she is missing too.

This is thrown in right at the start of the film and it feels odd straight away. The film is set in the modern day and we all know what the situation is in Syria and so getting into the country surely isn’t easy. Nevertheless it soon becomes clear that although Adib’s family may see him as a businessman, he has secrets back in Syria.

His wife begins to suspect something when she finds him having conversations in arabic with a mystery person. In these phone calls he arranges for the person on the end of the phone to get him into Syria so that he can start to find his daughter. 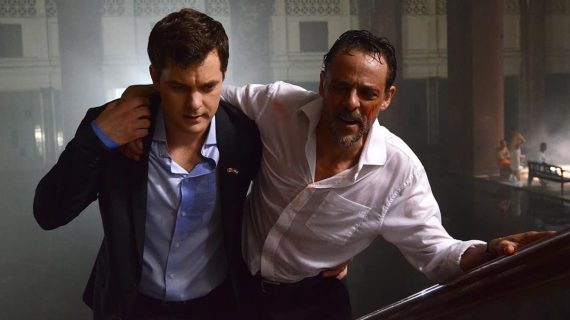 I won’t go into any more of the plot in case you do want to watch it. However, although Inescapable is meant to be a thriller it has about as much tension as an old pair of pants and fewer twists than a Roman road. It just doesn’t grip you.

The actors though are the best part of the film. Marisa Tomei, who won a best supporting actress Oscar for her role in The Wrestler, is excellent and very convincing as Fatmia, Adib’s contact in Syria. Alexander Siddig is good as Adib, although he had less to work with than Tomei.

Despite this you don’t really feel for any of the characters and, even though his daughter is being held captive you don’t ever really feel that there’s any threat to her at all.

All in all you can see why Inescapable was a straight to DVD release. The scenes set in Syria are convincing and the film clearly had a decent budget, it just doesn’t grab you. In fact it could have been set anywhere in the middle east and the fact that it is set in Syria just feels like the producers wanted to set it there because it’s topical.