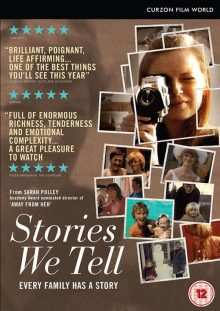 The run of great documentaries dominating my list of films of the year continues with Sarah Polley’s excellent Stories We Tell.

Sarah Polley is probably known best as an actress, starring in films such as Go, Dawn of the Dead (the 2004 remake) and Splice as well as a long stint on US TV series Avonlea as a child. However, over the last decade she’s been quietly making quite a name for herself as a director. Although her feature debut All I Want For Christmas in 2002 came and went with little fanfare (I can’t find any information about it online), Away From Her, released in 2006, picked up some fantastic reviews. In 2011 she directed Take This Waltz which also had a number of admirers and now that Stories We Tell has been pulling in awards and plaudits on the festival circuit she is becoming a force to be reckoned with, even if her films aren’t setting the box office on fire.

Stories We Tell shows a new side to Polley’s talents, turning her hand to documentary filmmaking to create a deeply personal piece. The film takes a look at the Polley family, focussing largely on Sarah’s mother Dianne Polley. I wouldn’t like to say too much as to what exactly happens within the family, as part of the strength of the film is the way its story is told, but basically the family has secrets, some of which hadn’t been unearthed until quite recently.

The unravelling of these mysteries is masterfully controlled, told through talking heads with all available living relatives and friends relevant to the story. The appropriate soundbites are held off until just the right moment, making my note-taking during the film a mess as I tried to anticipate where things were going but failed throughout.

The dark corners of Sarah’s family life are captivating to watch, but the film isn’t really about opening up the Polley family closet to show their skeletons to the world. After the biggest revelation has been uncovered and the spotlight is pointed a little more in the direction of the director rather than her mother, the film questions itself. Why has Sarah decided to make this film? Why has she chosen to tell the story as she has? What has she left out? Can everyone in it be trusted to tell ‘the truth’? 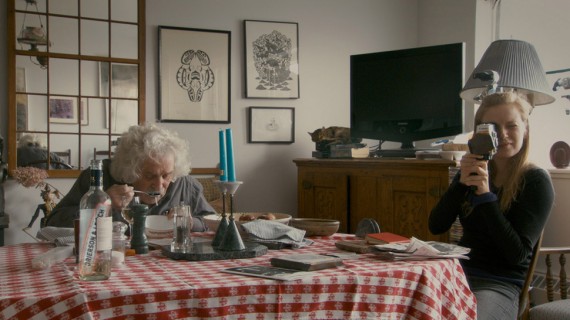 The film ultimately, if the title doesn’t make it clear, is about storytelling. ‘Who truly ‘owns’ a story?’ is another question that is asked as some of the key players have differing opinions on whether or not the story should be told and if so, who should tell it. It also looks at how our lives are driven by and occasionally altered by storytelling.

If I were to be picky I’d say that in turning the camera on itself in the final third/quarter of the film, it does cause the flow of the overall narrative to stumble a little, making the last half an hour feel drawn out and slightly meandering. However, the fourth-wall breaking technique has this sort of effect in its very nature and such a minor quibble isn’t enough to detract from the thought-provoking strengths of it.

Stories We Tell is a fascinating, unique and brave piece of filmmaking which takes the idea of the ‘personal project’ to bold new heights. As well as offering an engrossing family drama to draw you in, the film enriches the mind by questioning its own existence and making you think a little more deeply about the tales we tell each other, from simple anecdotes to raise a laugh to the rich tapestries that have built and destroyed families and friendships. It’s one of the best films of the year and is hopefully going to help Sarah Polley’s impressive talents behind the camera get some much needed recognition.

Stories We Tell is out now in the UK on DVD and Blu-Ray, released by Curzon Film World. I watched the DVD and the picture and sound quality was excellent, looking great blown up on the office projector. There are no special features though other than the customary trailer.