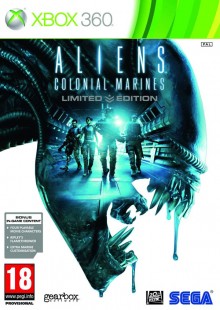 One trick ponies, the world is full of them and Aliens Colonial Marines is one of them. Surprise, surprise you’re on a derelict space ship and it’s full of the familiar and deadly Xenomorphs. Cue familiarity.

In space no one can, oh no hang on, done that. Just when you didn’t want two space-based survival horror type games, two come along at once. Having worked through Dead Space 3, along comes Aliens Colonial Marines (ACM).

In many ways they are very similar. You play someone with a gun who has to kill lots of freaky monsters that seem to leak out of the hull of the clapped out spaceship that you find yourself on.

The differences are that the marine you play is part of the oh so stereotypical, US Marine-type grunt who has to shout hoo-rar at the end of every sentence as though it’s some new form of punctuation.

It isn’t, it’s just very annoying. Nothing has made me want to take on the role of the Alien more.

The other big difference is that ACM just doesn’t look as good as DS3. In comparison it looks like a cheap knock-off and the storyline is just a rehashed attempt to keep an old franchise going. 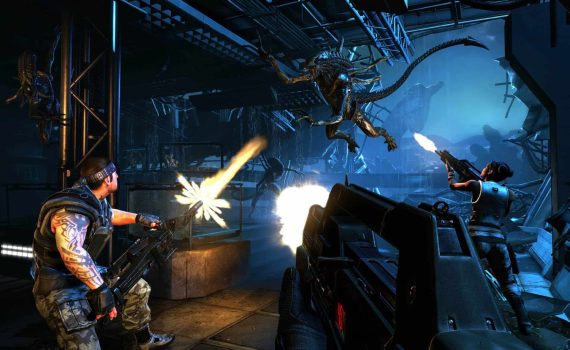 The creators of ACM clearly thought they were making the next film in the series, rather than the game. ACM has some ridiculous opening credits where the producers obviously thought they’d created something remarkable, whereas they haven’t.

All you see are some pretty lame looking space craft and then a list of the voice actors’ names appearing onscreen as if we’re supposed to know who they are. The only thing that could have tipped this into the realms of even more stupidity would have been if the gravely film trailer voice-over man had talked over the top.

Having played various Alien(s) games for nigh on two decades, I was a little surprised that in some ways so little had changed, the way the game looks, but that good things had gone away. One of the best features and something we remember from playing Aliens on the Sega Saturn (I may have been the only one) in the mid-1990s was the tension.

Early on in the game you didn’t really come across that many, if any Xenomorphs. All you got were a few face huggers running around and the scary beep-beep-beep of the scanner as you moved through the empty corridors.

In ACM you come face-to-face with Xenomorphs faster than you can say Sigourney Weaver.

If you like the Alien films then this will be a disappointment. If you like stupid caricatures of marines shouting stupid things, then you will like it.