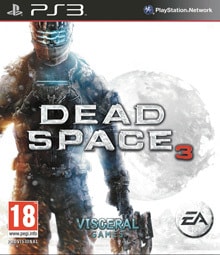 As so many reviews and articles have said, many of them about Dead Space no doubt, in space no one can hear you scream. However, your neighbours can hear you shout in frustration at the games you play – as will be the case with Dead Space 3.

Not being a huge fan of horror we weren’t drawn to the original Dead Space but did give the second one a good going over. Dead Space 3 sort of follows on from where DS2 left off, but also ignores it at the same time; if that’s in any way possible.

The current fashion in games is to try and make them seem like a film and Dead Space 3 falls into this. The game starts with a rather overlong cut scene that in theory sets the scene for the forthcoming action. And when we say action, we mean that in the loosest possible way.

The action is limited because no sooner have you avoided being killed on a very cold planet with lots of falling debris then, and this is a minor spoiler, your character gets shot dead. We put this in because at this point we were more than a little confused as to what was going on.

This brief, flurry of action is then followed by yet another cut scene that proceeded to confuse us further in terms of storyline. In fact we would say that the story is best avoided, as with so many games it isn’t really that central to what you do. DS3 isn’t a Heavy Rain where your actions change the story in any way, it’s a follow-the-action shooter. 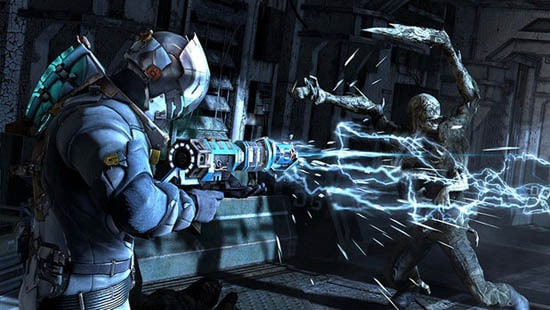 We do have to say one thing about the writers though and that is that they like to make things hard for you. Having killed off your first character, your next one is no sooner introduced than he is shot at and kicked out of a window. Maybe for these guys defenestration is just something that happens on a daily basis, obviously we can’t say for sure. They might be from Prague I guess.

Having taken this tumble you then encounter the archetypal Dead Space baddies, the necromoprhs. For those who haven’t encountered these creatures before they are mutated humans that like to run at you and can survive limb removal on a Pythonesque scale.

The idea is to shoot off their legs so that can only crawl towards you, jibbering as they go before you put them out of their misery – metaphorically that is as they don’t seem to have any. Once dead they have the unusual ability, after you’ve stamped on them, of being able to regurgitate ammo or even a health kit. Maybe this is a by-product of the mutation process, we’re not sure.

Anyway enough about the story, all this talk of delimberisation (we’ve just made that up BTW) brings us on to issues we had with the combat system. At the start this is just plain annoying. For some reason there were times when we were firing, point blank into the head of a necromorph and they carried on as if we were actually just tickling them with a feather duster. 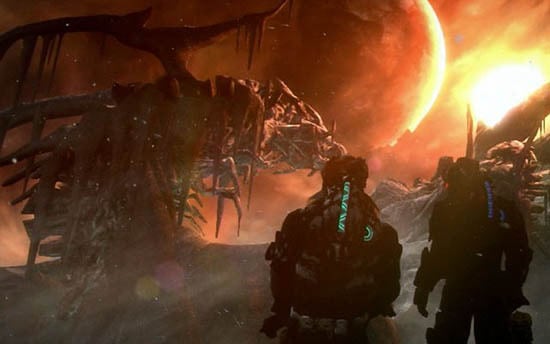 Often in games weapons are massively over powered compared to their real-life counterparts and you can shoot down baddies with an assault rifle at ridiculous distances. Guns in reality work best at close range, unless you’re playing Dead Space 3 that is.

Another annoyance comes when you start exploring a seemingly abandoned space ship that has a mysterious SOS message coming from within it (slight cliché me thinks). Low and behold the crew have become necromorphs (ooh the shock) and you find them hanging from the ceiling like a horrific mash-up nightmare of a arachnophobic chiroptophobic in a little nest.

As you walk towards them they wake up. But, and this is a big but, you can’t shoot them until they drop to the floor. Why? If we were hanging from the ceiling we wouldn’t suddenly become bullet proof! Well we’ve never tried but don’t really want to find out but can guess.

On a positive note though, DS3 does look good, but then all the games in the series have done, so this is more of a given than a plus. New features such as drop-in, drop-out co-op are good and the ability to customise your weapons with stuff you find is interesting but not remarkable.

Overall we have to say that the annoyances with Dead Space outweighed the good along with the overwrought story. Having said all that, if you liked the first two then you are bound to like this one too.