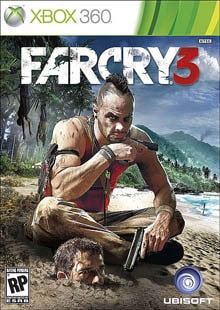 After a disappointing sequel, Far Cry is back. The third outing is more akin to the original, which is certainly a very good thing.

Far Cry 2, as with so many sequels, promised so much yet delivered little. From the many pre-release briefings we went to all we can remember was talk of how good the fire was. Yes it was. The story and gameplay, however, were a dog’s dinner.

Far Cry 3 also has some wonderful looking fire, don’t get too close or you will get burned, but thankfully it also has an interesting idea behind it, story and the gameplay is fun whilst still being a challenge.

Prior to playing the game we didn’t really know much about it. All we had seen this time was some early art and a few clips of the main bad guy.

This meant that we didn’t know why you were on a beautiful desert island carrying more weapons than a gun salesman at a trade show.

So when we started up the game we have to say that we were taken with the story behind the game. For those of you in the same position we won’t reveal it here so you too can experience it.

But in a nutshell you are on an island in the pacific somewhere, that is beautiful, but also covered in gun-toting, often drugged up or drunk, lunatics. Trouble in paradise doesn’t quite cover it.

The character you play is called Jason (not Bourne, though he is pretty handy with a machete and a variety of nasty weapons). Basically he is trying to get off the island alive and is helping, and being helped by, a band of plucky rebels who are trying to fight off the aforementioned gun-toting ones.

To do this there are a series of missions, but also other tasks. These include deactivating radio towers, capturing bases, hunting and gathering various crops. The reason you need to do the latter is because that’s how you regain health. 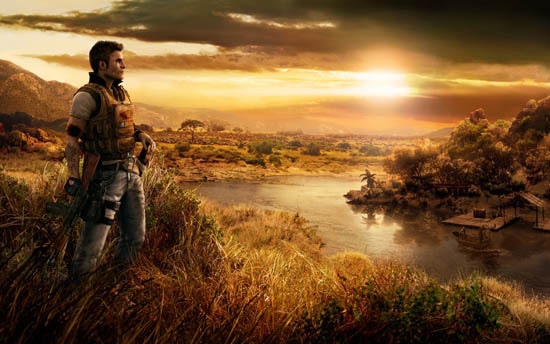 Around the island there are a number of different plants that can be crafted into various medicines or potions. They heal you, but also help you hunt and avoid being detected by the wildlife on the island.

These animals can be as much a hassle as anyone with a gun. So far our character has been killed by dogs, wild boar, bears, giant monitor lizards, crocodiles, sharks and tigers. You also have to watch out for the cassowary birds too, they aren’t too friendly either.

However, if you get them before they get you, you can make things out of them. At the start of the game you don’t have anything to carry your guns with. You need to get some pig skin for that, plus if you want a wallet you’ll need to make that too.

If you are clever you can sometimes use the vicious wildlife to your own ends. We managed to clear an enemy camp of all but one baddy by releasing a bear from its cage. That was very satisfying.

Something that you will use a lot too is your camera. This is no ordinary DSLR, it has almost magic properties. Basically it acts as your binoculars and it does fit with the story that you would have a camera with you and not some military style bins.

As for the camera’s special powers, what it can do is highlight baddies, predators such as tigers and dogs but also animals you can hunt. Once they’ve been ‘tagged’ you can then see them through undergrowth and buildings, hence the magical qualities.

As you progress you get skill points that help you get better at what you make and how efficient you are at skinning animals. You also learn new takedowns plus you get more health bars and such things.

These RPG elements and the crafting work really well and you feel that you are getting gradually better as the game goes on. Every time you learn a new skill you also get a new tattoo. These are very much in the Maori, south sea islander, style which is what the native (nice) islanders look and sound like.

After the disappointment of Far Cry 2, Far Cry 3 is a breath of fresh air and we thoroughly enjoyed playing it, which is a lot more than we could say about FC2.