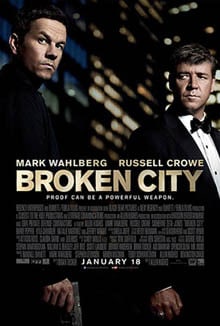 What do Slumdog Millionaire, The King’s Speech and Juno have in common? They were all on ‘The Blacklist’.

the biennial survey containing the top screenplays not yet produced (according to the aggregated opinions of studio and production company executives). This does not necessarily mean that they are the best scripts kicking around Hollywood, but rather screenplays that are liked in the industry but are struggling to get the requisite financing in place to make the film. Appearing on the list is perceived to give a project a push, potentially uniting a writer and producer and then, maybe having a tilt at Oscar glory.

Brian Tucker’s spec script for Broken City appeared on the 2008 list, after a period of ‘development hell’, and now 5 years later a film will appear in UK multiplexes. So, is this another success for the list and will this be troubling the Academy in 12 months time? Well, the pedigree is good. The film stars Academy award winners Russell Crowe and Catherine Zeta Jones, as well as underwear model cum serious actor Mark Whalberg, and is helmed by Allen Hughes, who may feel he has something to prove in his first big gig sans brother. The setting is a New York City full of political intrigue, double-dealing and venality. The trailer presents a slick and stylish film, with enough shooting and car chases to keep action aficionados happy, and enough verbosity in mayoral offices and swish hotel bars to suggest there might be a bit of depth to it too. So far, so good. 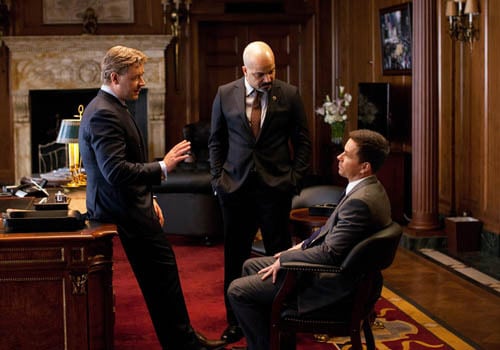 Unfortunately the film itself, like the character Mark Whalberg plays, really isn’t much cop. It’s not that it’s terrible, rather that it is just not very good. There is nothing new here, and what is here has been done by Hollywood ad nauseam. Mark Whalberg plays Billy Taggart, a good old bellicose Catholic cop. He avoids a jail sentence for his involvement in a shooting in a run down part of town thanks to Crowe’s Mayor, but is unceremoniously dumped by the force. Years later he is struggling to make ends meet as he seems to be adept at being a PI but inept at collecting payment for his work. Just when he needs money the most he gets a call from the Mayor, promising him $50,000 to get photographic evidence of the man who made a cuckold of him. Taggart jumps at the chance, but is soon embroiled in a tale of political intrigue as it becomes apparent that Mammon rather than the green eyed monster is behind the Mayor’s motives.

It really is all very silly and not at all believable. The characters are poorly drawn, but the performances are generally fine. It is a well-made, effective although somewhat unremarkable thriller. It is generally well directed apart from a couple of odd decisions and scenes that don’t quite feel right. Some of the comedy dialogue/banter doesn’t quite work. However the main problem is the somewhat implausible plotting.