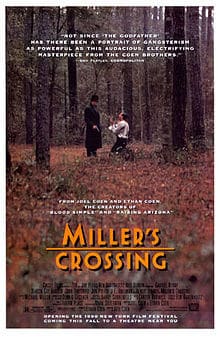 The Coen brothers, Joel and Ethan, have undoubtedly made a sufficient mark in film history to be considered alongside the very greatest and most important directors who ever forged a big-screen image. Their debut, Blood Simple was a crucial film in the early development and popularisation of the American independent film boom which thrived in the late 80s and throughout the 90s. The Coens have always been major figures, perhaps THE major figures, of the indie film world, not only as early influences but as writer-directors whose subsequent work has come to represent the very best, most inventive and enduring of this or any other cinematic category.

For me, the work of the Coen brothers opened up a whole new world of film appreciation. I was completely captivated by their distinctive sense of humour, their arresting, unique imagery and their knack for dialogue so memorable that it burns itself into your brain and tumbles from your mouth at a later date when you had no pre-planned intentions of quoting it. But it was their skillful ability to pay homage to and subvert recognised cinematic genres in equal measures which really seized me by the pants and threw me headlong into movie history. I started watching Coen brothers films in my early teens and from there my love of cinema grew into first a passion and then an obsession. My all-consuming desire to see and evaluate every film ever made anywhere by anyone was nurtured and facilitated by the reference points tha littered the Coens’ catalogue and as I followed these celluloid breadcrumb trails I not only discovered hitherto unexplored delights but also found that my enjoyment of Coen brothers films was greatly enhanced by a growing ability to recognise and appreciate these references for myself without having to read about them first. 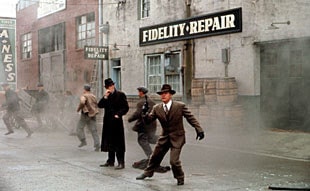 The Coens’ effortless genre hopping has resulted in one of the most eclectic bodies of work ever and yet they are all unified by an instantly recognisable style which betrays their creator’s presence. This contradictory nature has seen the directors shapeshift from one genre to another with each new film and yet allowed them to build and maintain a strong fanbase in thrall to their beloved, highly distinctive personal style. The Coen brothers take on the Gangster film emerged in a year dominated by films of that genre. Scorcese’s Goodfellas, Coppola’s The Godfather Part III and Abel Ferrara’s King of New York all inspired much buzz and discussion, both positive and negative. But while all this was going on, the elegant, intelligent and beautiful Miller’s Crossing somehow slipped through the cracks.

Although it was not a success at the time of release, Miller’s Crossing has come to be seen as one of the Coens’ best, most mature films. Perhaps its commercial failure could be attributed to the acquired taste that is the Gangster genre but also to the fact that, this being only their third film, the Coens had not yet built up their loyal fanbase and the intentional chasm that seperated the tone of their previous two films, Blood Simple and Raising Arizona, had left audiences completely unsure of what to expect next. The tone of Miller’s Crossing is an unusual one, both morbidly grim and vibrantly comedic, and this crucial complexity of mood certainly wouldn’t have come across in promotional trailers. At an uninformed glance, Miller’s Crossing could well have looked like just another crusty period Gangster film. It was anything but. 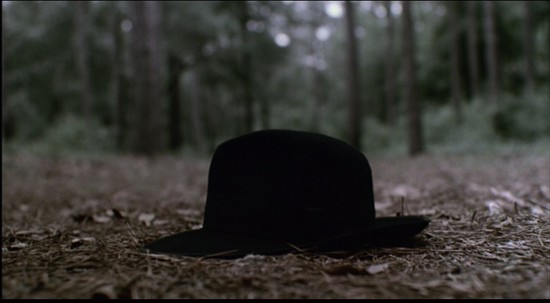 Influenced by, (though not officially ‘based on’) two Dashiell Hammett novels, The Glass Key and Red Harvest (the latter of which had also provided them with the title for Blood Simple), Miller’s Crossing tells the complex story of Tom Reagan (Gabriel Byrne), right hand man of corrupt political boss Leo O’Bannon (Albert Finney). When Leo refuses to allow gangster Johnny Caspar (Jon Polito) to kill bookie Bernie Bernbaum (John Turturro) for double-crossing him, it sparks a full-blown war in which Tom must carefully choose his allegiances. Complicating matters further are Bernie’s sister Verna (Marcia Gay Harden), who is conducting affairs with both Leo and Tom, not to mention the murdered Rug Daniels and Caspar’s psychotic henchman Eddie Dane (J.E. Freeman).

Armed for the first time with a relatively large budget, the Coens put it to good use, giving Miller’s Crossing an authentic and polished look and securing Gabriel Byrne and Albert Finney in pivotal roles. Byrne is hardly ever off-screen as we follow Tom from one camp to the other, never 100% sure of his real motives. It’s a strong performance in a role that requires an ongoing stoicism and Byrne maintains this beautifully, allowing his co-stars to steal scenes as he quietly and calculatingly observes them. Finney doesn’t fare quiet so well. He was brought in at the last minute when the Coens’ original choice for the role of Leo, Trey Wilson (who played Nathan Arizona in their previous film) died suddenly of a brain hemorrhage. Although Finney is a fine actor, he seems to have a bad habit of getting himself miscast (other examples of this include Scrooge, Big Fish and Before the Devil Knows You’re Dead) and he fails to completely convince as an Irish-American mobster. Fortunately, although his character is crucial to the story, Finney drops out of the film for a long stretch after its first half. And, if he doesn’t quite nail it, he at least looks the part, scoring big in a wordless setpiece in which he singlehandedly takes on a barrage of would be assassins without even a moment’s loss of dignity. 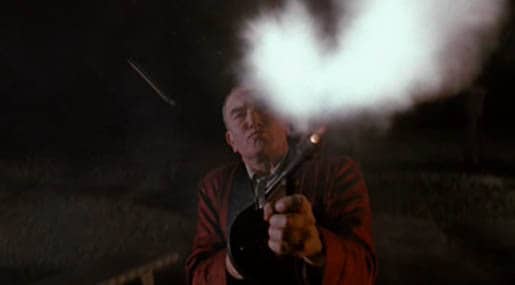 But it is the supporting roles that really bring Miller’s Crossing to life, populated as they are with soon-to-become-Coen-regulars getting their teeth into memorably hilarious characters. Jon Polito overacts appropriately as the hot-headed Italian mob boss Johnny Caspar, making him indelibly grotesque by way of involuntary tics and grunts, as well as an overwhelming sense that he doesn’t really know what he’s doing. Other Coen regulars include Frances McDormand and Steve Buscemi in tiny cameos but the film is stolen completely by the marvellous John Turturro. He embodies the oily, snickering bookie Bernie Bernbaum so completely that this loathsome creature, hated by almost everyone and only alive by virtue of a sister dating a mob boss, becomes the most memorable part of the whole film. It’s a pitch perfect portrait of a man who can never achieve anything even akin to dignity or self-respect and opts instead to plumb the depths of snivelling smugness and self-serving amorality.

As is always the case with a Coen brothers film, the immaculate screenplay plays a big part in the success of Miller’s Crossing. Their scripts are well known for being rigidly adhered to, every intricacy of character and plot set down as they intend it to appear on screen. It is this attention to the tiniest details that make even their smallest characters so vivid and well-rounded. Fargo‘s Mike Yanagita (Steve Park) or The Big Lebowski‘s Jesus Quintana (John Turturro, in another exquisite characterisation) are examples of characters who are apparantly superfluous to the plot but enhance their respective films no end. This dedication to creating complex, rich characters is constantly apparent in Miller’s Crossing. Johnny Caspar, for instance, is obsessed with “ethics”, even though his take on the subject is somewhat skewed. This subtle little trait is apparent in everything Caspar does and, while it gives us a good laugh whenever it comes up in the dialogue, it also plays quite an important role in where the story goes. 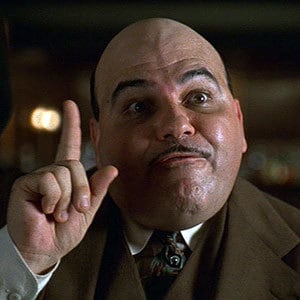 There’s plenty of other unusual elements to distinguish Miller’s Crossing. The Gangster genre is generally known for its machismo, hoardes of men sleeping with a succession of women while trading homophobic insults and wielding Freud-bothering machine guns. But Miller’s Crossing makes a major plotpoint out of the well-known homosexuality of several of its main characters. Arguably, the whole film is a love story between Tom and Leo, the woman who divides them merely a distraction from the repressed emotions they hold for each other. While this is a debatable reading of the film, the gay plotline between several of the other characters is overt and results in no raised eyebrows or limp-wristed stereotypes. Likewise, the Gangster genre can have a tendency to take itself too seriously and Miller’s Crossing eschews this with its numerous comedic asides and even throwaway gags. One very striking example is the moment when a young boy steals the toupee of a murdered gangster, which leads Leo to speculate “They took his hair Tommy. Jesus, that’s strange. Why would they do that?” The reply: “Maybe it was injuns.”

Miller’s Crossing is the Coens’ first completely assured film and remains an important landmark in their progression as the best filmmakers working today. Remarkably, while suffering from writer’s block as they struggled with the intricacies of this film’s plot, the Coens took a three week break during which they wrote the even better Barton Fink, which became their next film (and still one of their finest). This unbelievable level of productivity is indicative of the Coen brothers at the peak of their powers which resulted in one of the most incredible runs of films in cinema history, interrupted only by an inexplicable two film dip in quality during the early 00s (with the feeble Intollerable Cruelty and disasterous remake The Ladykillers). Fortunately, this dip proved to be an anomaly and the Coen brothers continue to churn out superb, constantly surprising work to this day.