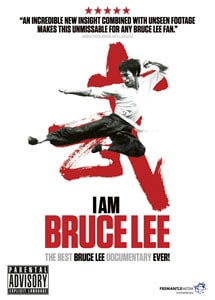 Ever since the sudden and unexpected death of the martial arts and movie legend Bruce Lee in 1973, cinemas and video shelves have been littered with rip-offs, tributes and documentaries on the man himself. In 1993 we even got the semi-fictional biopic Dragon: The Bruce Lee Story which attempted to give his life story mythical status. For years people have been either capitalising on his death or passionately paying tribute to the great presence on our screens that disappeared so soon after reaching worldwide recognition. With the dust well and truly settled almost 40 years on, we get I Am Bruce Lee, a new film made for Spike TV claiming to be the ‘best Bruce Lee documentary ever made!’. Being a massive martial arts and Lee fan I popped it in my DVD player to find out if this was true.

Well I’m not sure about that, I’ve not seen enough documentaries on Lee’s life to comment, but I Am Bruce Lee certainly does its best to justify its claims. Covering the whole span of his life, the film focusses largely on the last decade of it of course when he gradually rose to fame (infamy to many purists) on the martial arts circuit and eventually the silver screen up until his bizarre death prior to the release of his biggest box-office success Enter the Dragon. As much as charting his life story the film spends a lot of time looking at how his influence spread across the globe in various fields but in particular the MMA world. Being an early ambassador for shedding the formal and closed off worlds of traditional martial arts practise, Lee was a major influence in bringing many fighting styles together to a mass audience through his teachings, literature and films which means he is thought by many to be the ‘father of mixed martial arts’. Judging by the number of MMA-involved interviewees it’s likely to be this influence that spurred this documentary to be made. 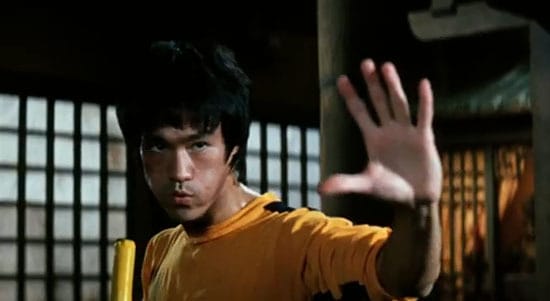 This look into Lee’s influences on the fighting world is a fairly fresh one, helping to justify the documentary’s existence in an already saturated field, but for me it was some of the more personal elements that interested me most. Featuring extensive interviews with Lee’s wife Linda Lee Cadwell and other family members and friends, the film has a more convincing authenticity and warmth than previous ‘unofficial’ films featuring wannabes and hangers-on. It’s touching to hear their thoughts on his death and their responses to the horrible accusations and conspiracy theories that came with it.

Also in terms of close and personal elements there is a treasure trove of rare footage on display including some wonderful home video footage of Lee teaching martial arts to James Coburn in his back garden. There are also a lot of clips of his early TV appearances and Kung-fu demonstrations. On top of all this, adding his own posthumous voice to the film, are numerous clips from an open and fairly in-depth archive interview with Lee himself. These are spread throughout, making it feel like he’s always involved in proceedings. These, on top of plenty of clips from his more famous films, go far in showing how charismatic the man was and make his early departure all the more heartbreaking. 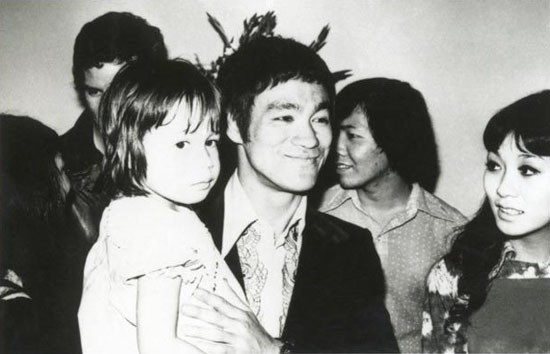 It’s no masterpiece though it has to be said. As fun as much of it was to watch, a little too much time was devoted to kissing his arse. Some of the random celebrity interviewees didn’t do it for me in particular although it was interesting to see Mickey Rourke in the film. My main problem was with its style though. The very American (though the film is Canadian) habit of cranking up the pace, volume and graphics to 11 annoyed me quite a bit. It helped keep the energy up, but less is usually more in my opinion.

So while the film is an enjoyable look at a true legend with plenty of interesting rare footage as well as personal and enthusiastic interviews, taken as a documentary in its own right, its glossy TV presentation and over abundance of hyperbole let it down a little.

I Am Bruce Lee is released on Blu-Ray and DVD from Fremantle Media on 23rd July. I reviewed the DVD version and the picture quality and audio was great. Obviously some of the rare footage looked rough, but that was to be expected – all of the graphics and interviews etc. looked bold and clear.

There are a handful of extended interviews and sequences in the special features menu giving more meat to chew on as well as a chance to see an awesome montage of clips from his best work so those wanting more from the documentary won’t be disappointed.