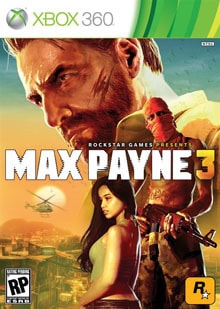 It’s been 10 years but things are still rough for our eponymous hero. He may not be a cop anymore, but he’s still in the line of fire.

Max Payne and Max Payne 2 were great games. With their gritty anti-hero lead who ate more painkillers than breakfasts and carried more guns under his coat than a gun smuggler, they were the direct opposite of so many cutesy games. They were dark, lead filled blasts of action with the now legendary bullet time that came straight out of the Matrix.

So here we are, considerably older and Max has left the NYPD and New York too and is in much warmer, but no safer, climbs of South America. Max is tasked with keeping a family in Sao Paulo Brazil safe.

Unfortunately some rather well-armed thugs want to get to the family and after one failed attempt they manage to take the daughter, Fabiana, hostage. It’s then up to Max, with the help of friends and police to try and get Fabiana back before it’s too late.

Although a lot of time has passed for Max, and us gamers, very little has changed with the gameplay. MP3 is, once again, a third-person cover-based shooter. Bullet time returns as does Max’s liking for painkillers. What has changed is Max’s ability to carry more guns than a gun shop. Now he is limited to one large weapon: assault rifle, shotgun, sniper rifle etc, one pistol and one Uzi-type thing. He still has the ability to dual-wield the pistol and Uzi though, which is always good for a laugh. 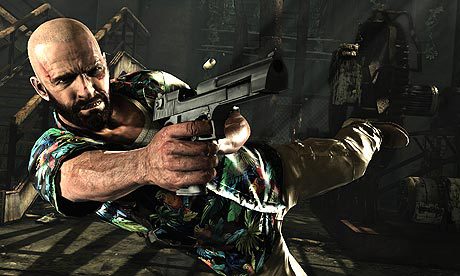 Where Max Payne has been massively updated, which is still something of an understatement, is in the graphics. These have been brought right up to date and meet Rockstar’s usual very high standards. Max looks great, well actually he looks a mess as he drinks too much, is clearly addicted to painkillers and gets into too many scraps, but in terms of game looks, the character looks fantastic. Games still have some way to go before liquid in glasses and bottles look realistic, but then this is just us being picky.

The levels and buildings are all stunning to look at. The way that glass and wood shatter puts many other current generation games to shame. Yes in MP3 some elements of the environment are destructible. If you are sheltering from some heavy ordinance then you can’t rely that the wriggly tin wall or even stone pillar you’re crouched behind will be there for long. Thankfully the cover system works really well. Simply press X to dip in and out.

With all the guns that are on offer, being able to hit more than a barn door is important and once again this it top notch. If you put the game on easy then this will be dead simple, dead for your foes too. On Normal when you pull the left trigger your sights will pop to your foes easy enough. If you like a challenge, on hard there is no aim assist. Considering there are no crosshairs, just a dot, you really do have to be brave to try that. 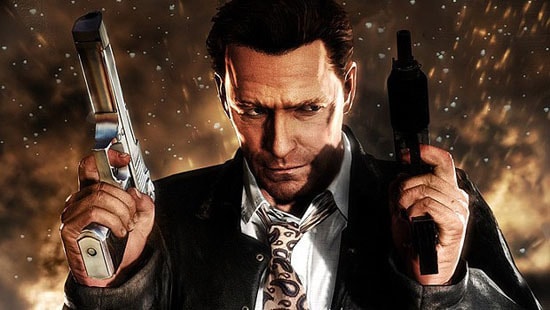 All the weapons, yours and your enemy’s, pack a punch too. There is no regenerative health in MP3 so you can’t just walk into a hail of bullets and think you can run it off in a few seconds like Stuart Pearce with a broken leg.

You need to be tactical and try and keep some painkillers in your pocket for when you fail to spot an AK47-totting bad guy behind a crate.

One downside we found with MP3 is that on some levels you just get gun fatigue. This is more towards the end when you have to deal with ever greater number of baddies per section.

The game has obvious checkpoints where more baddies are triggered, but these are, on average, a long way between save points. And considering how easily Max can be popped off by a lucky head shot you can find yourself having to do these long sequences several times. The spawn points are always the same though, so you know where they will come from.

Considering how much we liked the original games, and how much we hated the film, there was a big possibility that Max Payne 3 could have been awful. It isn’t, it’s a lot of fun, the story line works and is interesting enough to keep you going. It looks stunning and is great to play.