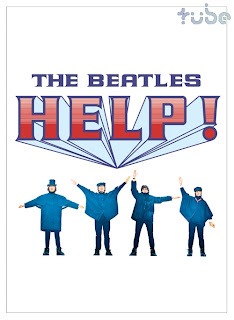 Help! was the second Beatles film after A Hard Day’s Night featuring songs from the album of the same name. It follows the boys attempts to escape from an evil cult and a pair of crazed scientists who want to get their hands on a sacrificial ring that Ringo can’t get off his finger.

Now I’m a massive fan of The Beatles’ music and I think the film’s namesake album is incredible, but I must admit I really struggled with this. I hate to say it, being such a fan of the band, but I haven’t actually seen this until now and I still haven’t watched A Hard Day’s Night. I always seem to keep my love of music and my love of film quite separate, and this helped cement that. 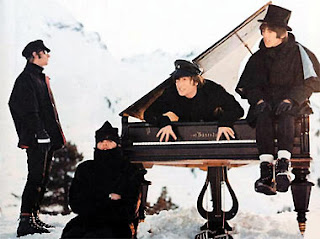 I didn’t mind the fact that the plot was a bit of fluff to give us an excuse to see The Beatles acting the clown, but my main problem was the fact that the actual scenes seemed to be stuck on a loop. Pretty much the whole film is taken up with scenes of people trying to get the ring off Ringo, and it just felt annoyingly repetitive.

I am being quite harsh though as the film did have some strong qualities. Visually the film was great. The production design and photography were very well thought out and the world created on screen was vibrant, colourful and never dull. Audibly of course, the film was great too. As I mentioned earlier I love the album Help! and when the songs kicked in on screen it was a joy to see them performed (not live obviously though). The musical numbers were all very well shot and enjoyably playful. The title sequence with the band performing in black and white projected onto a screen as the villain threw colourful darts at them worked brilliantly for instance. 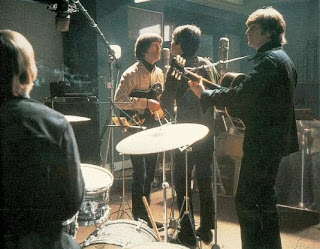 Unfortunately, the music wasn’t enough to save it for me, and to be honest those scenes, although great, were poorly insterted into Buy Prednisone Online Pharmacy No Prescription Needed the narrative. I really wouldn’t have minded any flaws like this if it were funny enough, but even the humour on a whole fell flat on it’s face. Maybe it’s just too dated now, but as silly as the film was, it never really made me laugh.

I feel a bit bad ripping into a Beatles film but I just really struggled to enjoy it as much as I’d have liked. It’s worth watching for the music and for some great visuals, but the rest of it doesn’t quite manage to engage or entertain any more.